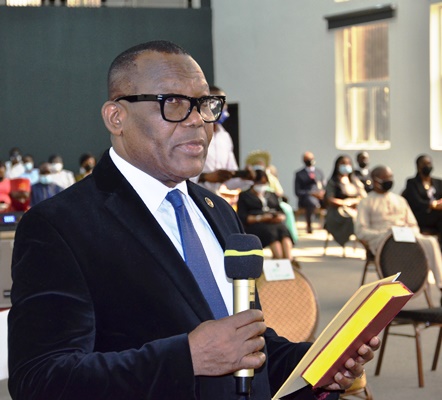 The Chief Judge of Edo, Justice Joe Acha, has said his vision for the state is to fully digitise its judiciary.

Acha, who spoke in Benin while formally opening the 20222023 Legal Year, stressed that he was aiming for a fully digitised judiciary that would conform to global best practices.

He said with the help of one of its partners, Rule of Law and Anti-Corruption (ROLAC) Programme, Edo’s judiciary has become one of most digitised in the country through the institutionalisation of a digital case management system.

He said he was also concentrating on improving staff welfare and the massive development of infrastructure.

According to the Chief Judge, the training and retraining of judicial staff, across all cadres, has increased productivity.

He said in the course of the judicial year, some judges and magistrates quarters, as well as new court halls, were inaugurated in various parts of the state.

He also noted that some hitherto abandoned vehicles were refurbished.

According to him, a report submitted by a committee headed by Justice D. Okungbowa, with the active participation of the members of the bar, had led to the plugging of loopholes within the system.

Acha said that in collaboration with the state government, revenue collection in the judiciary has been digitized.

The chief judge attributed the success he had recorded so far to the cooperation he had received from the members of the bar.

He put the total strength staff of the Edo judiciary at 1,751, noting that it was made up of 27 High Court judges, a chief registrar, 47 magistrates and 28 presidents of the Area Customary Courts.

He said in the last judicial year, 22 staff members retired, six were demoted, six were dismissed and three resigned.

Acha expressed appreciation for the support and the loyalty he got from the judiciary staff and members of the bench.

Dignitaries present at a special court session held to herald the new legal year included the Speaker of the Edo House of Assembly, Edo Commissioner for Justice and the Deputy Commissioner of Police.