“To that effect, all courts in Imo State shall not sit on Monday, Tuesday and Wednesday the 20th, 21st and 22nd days of September 2021, respectively.” 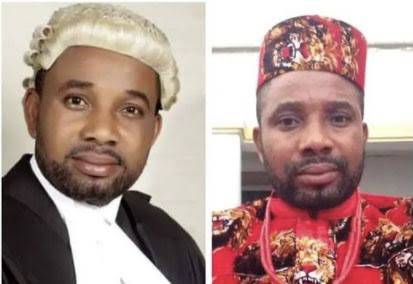 Lawyers under the aegis of the Nigerian Bar Association (NBA) in Imo State have announced that they will stay away from courts in the state between Monday the 19th to Wednesday the 21st of September 2021.

The lawyers, who made this announcement on Sunday evening, said the court boycott was a sequel to the gruesome murder of Barr. C. D. Omekagu-Odumeh.

According to the notice made available by Chinedu Agu, Secretary NBA Owerri, on Monday “The NBA Owerri has received the directive of the acting Chief Judge of Imo State, conveyed to all the Chairmen of the five Branches of the Nigerian Bar Association in Imo State, through the Chairman of NBA Orlu Branch, B.A. Munonye, Esq., that there shall be a boycott of all courts in the State by all lawyers from Monday the 19th to Wednesday the 21st days of September 2021.

“This was made known to the five Chairmen through their whatsaap platform at 17:02hrs today, Sunday the 19th day of September 2021.

“The Notice reads: A. C. Emenyonu, secretary to the Imo Acting CJ has conveyed to me the CJ’s approval of a state-wide boycott of all courts in Imo state by Imo Lawyers till Wednesday, the 22nd day of September 2021.

“The Secretariat has, a few minutes ago, confirmed the veracity of this information after contacting the Secretary to the Acting Chief Judge, who revealed that this directive was pursuant to the request made by Orlu Branch of NBA.

“To that effect, all courts in Imo State shall not sit on Monday, Tuesday and Wednesday the 20th, 21st and 22nd days of September 2021, respectively.”