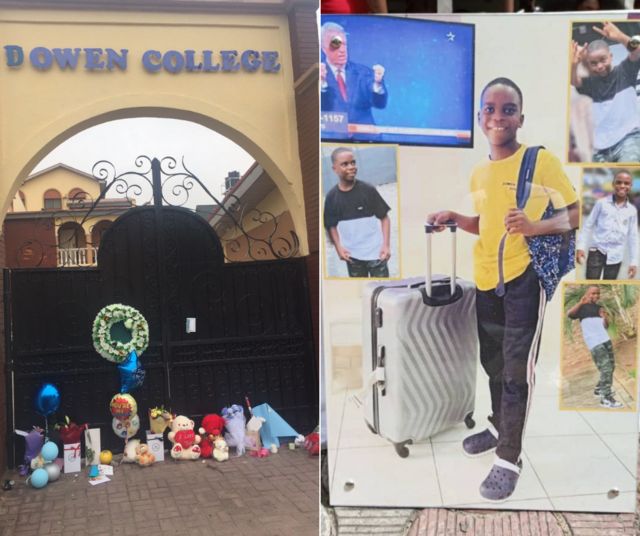 Delinquent children are capable of unbelievable crimes. I was once a counsellor at Eaton County Juvenile Correctional Facilities. When I read their files, I was shocked. Even as their counsellor, and during one-on-one sessions, I was always looking over my shoulders. I worked with these delinquent kids for a couple of months, and one thing was unambiguously clear: Their parents failed them.

As a parent, you are the first line of defence: you must imbue your children with the right values.

If they deviate from those values, which is not unusual, you have to redirect them consistently and periodically, using the carrot and stick approach. This helps you to group their behaviours into different categories: a positive behaviour is rewarded with the right benefit(s), while a negative behaviour is met with a reasonable and customarily appropriate punishment.

This approach is iterative. Before a child reaches the age of emancipation (18, in most countries), parents will administer this approach in different scenarios, so consistency matters.

This approach does not affect your relationship with your children; they won’t fear (or hate) you, as some parents worry. A parent-child relationship is akin to that of a principal-agent relationship. Authority (or power) resides in the parent/principal. In the scheme of things, the principal/parent is the overarching authority. While under your roof, you are grooming them for the real world. This rule-based system helps the child to understand risk appetite and risk tolerance. Your ultimate objective is not to instill fear in them (that is wrong), but to make them understand that actions have consequences. Positive actions have positive consequences. Negative actions have negative consequences.

Over time, if done right, this hands-on parenting approach increases the likelihood of sending a well-mannered child into a volatile world.

Whether at Dowen College, where some students egregiously assaulted a child who is now deceased, or at Oxford High School, where a student killed three students, we can certainly say that the parents of these delinquent kids failed them (they raised monsters who unleashed terror on their communities).

At law, custodians, in this case, are mandatory reporters, meaning that they are legally required to report suspected child abuse or neglect to the authorities. As a boarding school, they owed the parents a legal duty to protect their children. And this is very important, as a breach of this duty gives rise to a legal claim/remedy.

Considering the facts at hand, we are looking at both civil and criminal remedies. Under our penal code, a criminal remedy will hold accountable those who were responsible for the murder of Sylvester Oromoni. A thorough investigation by the government, starting with reviewing available disciplinary records and interviewing the custodians at Dowen College, will give a clear picture of those who actively, or conspiratorially, participated in the alleged sustained pattern of physical and emotional abuse that proximately killed Sylvester Oromoni.

Yes, a lawsuit can’t bring back the dead, but it can serve as deterrence: when you are speeding on a highway, and a police officer pulls over another driver, what do you do? You slow down.

Our traffic laws, or even most penal codes, are mostly deterrent in nature, for most police departments don’t have unlimited resources to arrest every violator. Here, a civil remedy can deter other bad actors, making it clear that a breach of their legal duties can lead to a lawsuit, or/and a reputational damage, that is likely to trigger a wind-down process. Here, the parents of Sylvester Oromoni have a right to file a civil lawsuit against the school.

The most effective remedy, however, is to criminally charge all the perpetrators of this heinous crime, regardless of whose ox is being gored.

Akintunde Festus Adeyemo, a legal consultant, writes from the US