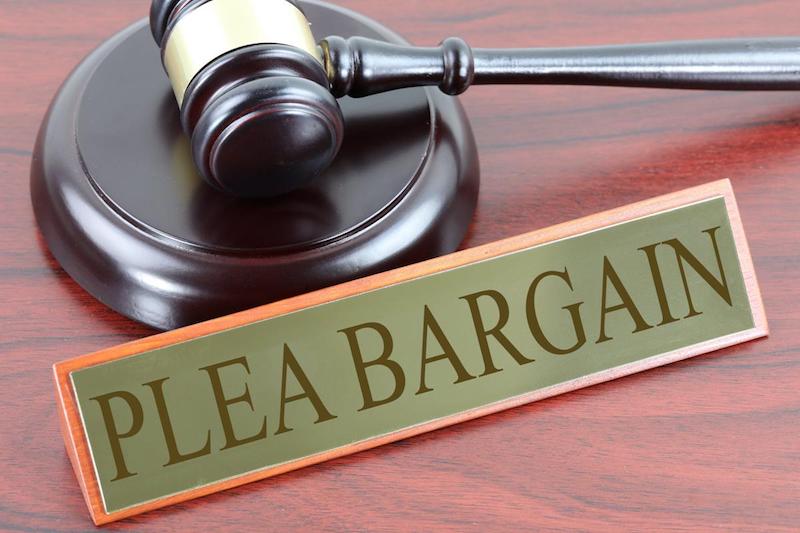 Stakeholders in the judiciary have expressed mixed reactions on the ‘Plea Bargain’ concept in the administration of Criminal Justice in the country.

They particularly expressed concern over the judgment delivered by Justice Oluwatoyin Taiwo, of the Lagos Special Offences Court sitting in Ikeja, on 23-year old Chef, Joshua Usulor, who was sentenced to 28 years for the murder of a 34-year-old lawyer, Mrs. Feyisayo Obot.

Justice Taiwo sentenced Usulor after the accused pleaded guilty to the amended charge brought against him by the Lagos State government. Usulor, a chef, had on January 26, 2019, killed Obot at the Citiheights Hotel, Opebi, Lagos, where both of them lodged in different rooms.

He killed the Abuja-based mother of two, by slitting her throat while robbing her in her hotel room. He was apprehended and arraigned on a count charge of murder contrary to Section 223 of the Criminal Law of Lagos 2015.

Usulor thereafter decided to avoid maximum punishment on conviction by taking advantage of the provision of the plea bargain option in the criminal justice law. Consequently, he approached the Lagos State Directorate of Public Prosecution (DPP) for a plea bargain agreement.

The prosecution had called witnesses, who testified during the trial. The witnesses are the hotel receptionist, Ms. Lateefat Adebayo; the hotel’s Operations Manager, Mr. Olabanji Ibitunde; brother of the deceased, Mr Ige Afolabi and the Investigative Police Officer, Inspector John Babalola.

While delivering judgment, Justice Taiwo sentenced Usulor to 28 years imprisonment as against the 21 years recommended in the plea bargain agreement approved by the DPP, which commenced from the date of Usulor’s remand.

Justice Taiwo vehemently rejected the proposed 21 years prison term, saying that it was too lenient. The judge said she would exercise the power conferred on her by Section 75 of the Administration of Criminal Justice Law to increase the prison term to 30 years. She eventually reduced Usulor’s sentence to 28 years in prison following a leniency plea by counsel to the accused, Mr Spurgeon Ataene.

Ataene pleaded that the court should temper justice with mercy. He also said the defendant was remorseful, adding that he was a young man with a promising future.

The defence counsel’s submission prompted the judge to ask Usulor why he killed the lawyer. Usulor responded that it was a mistake, that he didn’t know what got into him to commit the act. But the judge told him that his mistake had cost someone her life.

The prosecution team led by Mrs. O.A. Bajulaiye-Bishi, had told the court that Usulor, a resident of Number 30, Fadiya Street, Ketu, Lagos, went into the lawyer’s hotel room to rob her to offset his outstanding hotel bills.

Obot, an employee of an Abuja-based non-governmental organisation, Save the Children, was in Lagos to write a project management examination.

Plea bargain has been part of the justice delivery system for over a decade in many jurisdictions and of course, in Lagos State, the former Attorney General and Commissioner for Justice in Lagos, Mr Adeniji Kazeem, said the state government recognised the fact that there are many challenges facing the criminal justice system in Nigeria, especially in Lagos State, given its high population.

Kazeem said the state government adopted it as a reasonable and creative measure in its prison decongestion drive. He said since the government launched the Plea Bargain Manual, it has since served as a quick and efficient means of justice delivery that builds the confidence of citizens in the sector.

However, the September 22, 2021 sentencing of Usulor is generating mixed reactions. While some are of the view that the sentence was too lenient, despite the fact that the judge scaled it up slightly, others think that the term is enough retribution for the convict.

Lagos lawyer, Wahab Abdullah, said the offence of murder is a serious crime, which punishment is clearly stipulated when conviction takes place.

“Therefore, whenever a court of competent jurisdiction is saddled with the responsibility of sitting over such case, it behoves the court to strictly implement the law to the letter.

“Section 319 (1) of the Criminal Code provides for the offence of murder and stipulates the punishment thereof. If a suspect is accused of murder, the punishment is the death penalty as prescribed by law,” he insisted.

According to him, in the case of Oyedele vs State, the court stated what constitutes offence of murder and the punishment. They are that: “A person is guilty of murder if the offender intends to cause the death of the person killed, or that of some other person; or the offender intends to do to the person killed or to some other person grievous bodily harm.”

Still citing cases, Abdullah said in Adeyemi vs The State, the court held that it is immaterial that the offender did not intend to hurt his/her victim. For instance, by virtue of section 319(1) of the Criminal Law of Ogun State, subject to the provisions of the section, any person, he maintained, who commits the offence of murder shall be sentenced to death.

He said: “In its nature, murder and punishment is a serious crime that carries death penalty. To this end, with due respect to the trial court, the law never envisaged or stipulated a plea bargain for a murder case, especially when the offender admitted to committing the offence as provided for by the Criminal Code.

“In respect of the law under which the convict was charged and sentenced by the Court, which is the Criminal Law of Lagos State, 2015, section 223 only presumes that the offender committed manslaughter, not murder, contrary to the offence committed by the convict.

“If the convict admitted to having killed or murdered his victim, he never committed manslaughter but murder. There is the intention to commit the offence by maiming and killing the deceased, which was executed by the convict.

“The same provision in the Criminal Law of Lagos State never provide for a plea bargain. Section 223 under which the convict was charged was for voluntary manslaughter, which invariably prescribes a prison term. However, the convict was said to have confessed to killing or murder of the lawyer, so, one wonders why he was charged for manslaughter.”

From the wisdom of the prosecution team, the lawyer lamented that he is at a loss at why the convict was charged under the provision, having pleaded guilty for the offence of murder.

He stressed that the convict ought to have been convicted for murder, not minding his plea bargain. “The same provision in the Criminal Law of Lagos State never provide for a plea bargain, having pleaded guilty to the offence of murder,” he argued.

A female lawyer, Abiodun Kolawole, argued that a plea bargain does not confer on the judge discretion to impose lesser sentence.

According to her, the suspect was convicted for manslaughter. The defendant, he noted, applied for a plea bargain during the trial within a trial, when the statement of the defendant was tendered.

“Plea bargain does not confer on the judge discretion to impose a lesser sentence in cases of mandatory sentences. The defence of mistake pleaded could not be sustained because there was no trial. The sentence was anomalous. The charge ought to have been amended to a lesser one to attract lesser sentence. Whenever a court convicts for murder, the sentence of capital punishment is not negotiable,” she declared.

Kolawole said all the evidence before the court, including CCTV footage, was tendered before the court but regretted that “the defence counsel only took advantage of a plea bargain so that a death sentence would not be passed on his client.”

She stated that when the judge rejected the term of 21 years of imprisonment approved by the Attorney General and decided to impose 28 years, it served as proof that the judge can exercise discretion even in the face of a plea bargain agreement.

However, the convener, Access to Justice, Mr. Joseph Otteh, believes that the jail term is long enough for reflection and repentance. While he agreed that it is unfortunate that someone died in the process, he said killing the convict won’t restore the already lost life.

He said: “It is unfortunate that someone died from this wanton, horrible crime and brutality. And whatsoever the punishment, that life is irretrievable, irreplaceable and non-compensable. I’m not a judge and would not want to second-guess the judge’s estimate of the punishment awarded, but I think the judge made the right call.

“Twenty-eight years is a long time, and perhaps long enough for personal reflection and repentance. Maybe, at the end of the tunnel, the opportunity of a second chance at life might count for something.”

Another legal practitioner, Mr. Olatunji Sunday Martins, said that the sentence was not too lenient. According to him, the culprit came up with a plea bargain arrangement, which is an indication that he has become remorseful. He added that in legal parlance, the essence of a plea bargain, most times, is to earn lesser punishment.

“The culprit, who came up with plea bargain may not necessarily earn death sentence as expected by most citizens because of the gravity of the offence think otherwise,” he pointed out.