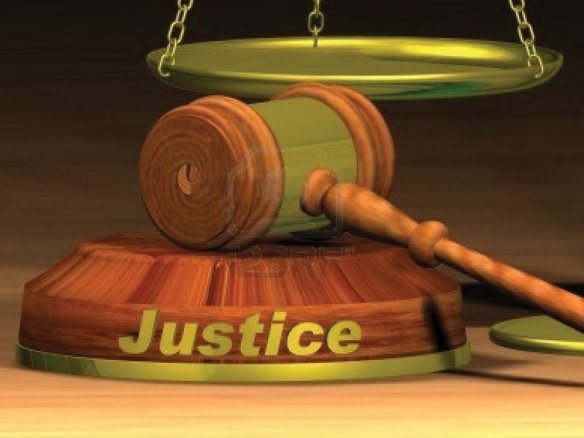 South Africa’s Legal Practice Council (LPC) and the Minister of Justice are opposing a court bid by three Zimbabwean-born graduates to change legislation which bars them from practicing law in South Africa.

Bruce Chakanyuka, Nyasha James Nyamugure and Dennis Tatenda Chadya, with the assistance of the Asylum Seeker Refugee and Migrant Coalition, launched a constitutional challenge of the Legal Practice Act (LPA).

The Act provides only for the enrolment and admission of attorneys and advocates who are either citizens or have permanent residence permits. The trio all have permits which allow them to live, study and work in South Africa. They have also completed their degrees, written board exams and done articles and pupilage.

The matter is pending before the Pretoria High Court.

Three other organisations, the Scalabrini Centre of Cape Town, the Pan African Bar Association and the International Commission of Jurists, have lent support to the trio’s plight. They have asked to be admitted as amicus curiae (friends of the court).

Scalabrini, which promotes and protects the rights of asylum seekers and refugees, has strongly opposed the LPC’s stance, stating that its submissions to the court are “premised on the most vulgar of stereotypes and are simply xenophobic”.

In an affidavit, Executive Director, Guilia Treves, refers to the “extremely concerning justifications” put forward by the LPC in an attempt to justify the blanket exclusion from the legal profession of those who are not citizens or permanent residents.

These include that asylum seekers and refugees are allegedly incapable of acting as officers of the court and with high ethical standards; that they are not fully committed to attaining justice within South Africa; do not respect the laws of South Africa; do not have the necessary appreciation of South African institutions; and are incapable of being regulated by the LPC. It also stated that they are an unreliable drain on the country’s resources.

Treves said it was important for Scalabrini to get involved in the matter to ensure that the voices of this vulnerable group of people be heard.

In opposing documents, LPC chairperson Kathleen Matolo-Dlepu, stated that it does not believe the relevant section of the Act is unconstitutional. She pointed out that the LPC was not the “custodian” of the Act, but merely ensured that legal practitioners comply with provisions. She said that the relief sought by the trio is essentially against the Minister of Justice and Correctional Services.

Matolo-Dlepu said, “Opening the floodgates of persons who wish to practise as attorneys or advocates may lead to abuse, particularly by those who will suddenly be entitled to practise in South Africa by simply obtaining a work permit … this will prejudice legal practitioners who have been admitted to practise.”

She said the courts “should not be burdened with requests to determine policy”. She added that temporary residents were not prevented from working in the legal sector, but only exempted them from being admitted as officers of the court.

“The legal profession involves extraordinary obligations to duty and conscience and requires the highest ethical standards … in order to fulfil their role in the administration of justice and in our society, legal practitioners must be fully committed to South African society. Only citizenship and permanent residency imply such full commitment,” she said.

On behalf of the minister, Kalayvani Pillay, a deputy director in the department of legal services, suggested that the Department of Home Affairs be included in proceedings because the case deals with immigration laws.

Pillay said the legal profession was not a rare or critical skill and many South African citizens struggle to get work.

Nasreen Rajab-Budlender, the national chairperson of the Pan African Bar Association — which set up the Pius Langa School of Advocacy — said if admitted as a friend of the court, it would submit that the exclusion of non-citizens was akin to apartheid policies.