Making The Most Of The Petroleum Industry Act By Iliyasu Gadu

The most radical provision of the PIA is the unbundling of the NNPC. After 44 years in operation wherein the NNPC had become unwieldy it is imperative to restructure the company in order to reposition it for optimal operation. 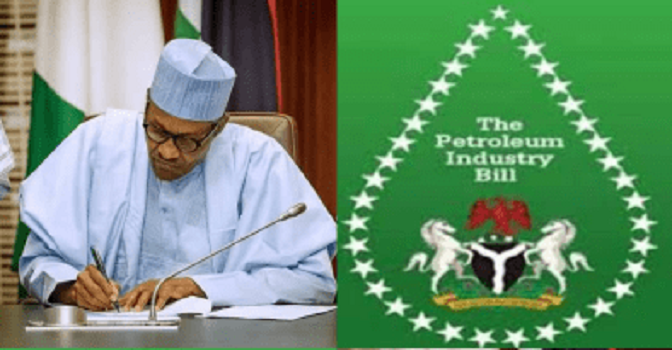 Sixty five years after crude oil was first discovered in commercial quantities by Shell D’Arcy on January 15, 1956 in the fishing community of Oloibiri now in Ogbia Local Government Area of Bayelsa, Nigeria finally now has a comprehensive legislation that will hopefully change the game in the operations of the oil and gas industry.

The long awaited signing of the Petroleum Industry Bill (PIB) into law on August 16, 2021 by President Muhammadu Buhari must rank as a major milestone in the annals of the Nigerian oil and gas industry. In between the discovery of oil and the passage of the PIB into Law this month some of the milestones we have had were; the establishment of the Nigeria National Petroleum Corporation (NNPC) in 1977 which gave the entity its present structure and operational modus; the signing of the Final Investment Decision (FID) for the commencement of the Nigeria liquefied natural gas project in Bonny Island Rivers state. The project had been in gestation for over thirty years before then, during which natural gas produced along with crude oil flared off into the atmosphere.

The PIB was the original idea of two of the best brains ever produced by the Nigerian oil and gas industry; former Petroleum Resources Minister Dr Rilwanu Lukman and Presidential Dr Emmanuel Egbogah, both of them now late. As veterans and with deep inside knowledge of both the local and international dimensions of the industry, they realised that one of the major drawbacks to the efficient operations of the Nigerian oil and gas industry, was the presence of the many often conflicting legislations governing the sector.
In this regard, there were up to sixteen different laws of different applications which hampered the needed synergy in procedures and operations of the sector.

My involvement in the PIB process was through membership of the Oil and Gas Implementation Committee (OGIC) which was more or less the engine room collating and coordinating the ideas of major industry players per the bill. Subsequently I was the focal point for monitoring the progress of the bill through the National Assembly for my employers.

Although the passage of the bill into law is coming rather belatedly having taken thirteen good years from 2008 to date, it is never too late. Between 2008 when it was first mooted and now when the Bill finally became law a lot of changes had been introduced to take care of some of the issues that have stalled it’s passing over the years.

Major observations and even objections have been made by various stakeholders on certain provisions of the bill which are necessary and welcome. The most contentious of these are notably the 3% set aside for oil bearing communities intended to take care of the effects of oil exploration on those communities, and the 30% fund for exploration in new frontiers which aims to find and capture as many oil and gas deposits as possible around the country.

In my view which is shared by many, the oil bearing communities should be persuaded to consider that the 3% allocated in the Act is only a baseline figure which will in the course of time be upgraded in the likely event of expected growth in the industry under the new PIA regime. If we saddle potential private investors with a cost above 3% we risk the danger of making it unattractive for them thereby jeopardizing the take-off of the PIA.

Again as has already been explained by experts, finding and capturing new oil and gas deposits from new frontiers of exploration is strategic in terms of oil economics. The more proven deposits a country has, the more this strengthens its bargaining position with the oil majors. New oil finds help to bring down costs and attracts more players into the country as the economies of scale kicks in. More oil deposits would also help increase exponentially the percentage set aside for oil bearing communities as the oil industry grows under the new PIA regime.

The most radical provision of the PIA is the unbundling of the NNPC. After 44 years in operation wherein the NNPC had become unwieldy it is imperative to restructure the company in order to reposition it for optimal operation. The new entity under the PIA will be known as Nigeria National Petroleum Company reflecting its new commercially oriented status. In keeping with its dispensation the new NNPC will have to shed the many subsidiaries it presently retains most of whom have become unprofitable money guzzling entities.

The unbundling of the NNPC will free the many subsidiaries under it to cast off on their own and justify their existence under new rules of operational engagement. As the NNPC itself will operate as a commercial entity, it will no longer be the cash cow it has been to them. The provision in the PIA for NNPC to be wholly owned by the Federal Government is a prudent measure intended to guarantee and protect the company against the more powerful players in the global oil and gas industry. It is also a strategic move to retain the national interest in the nation’s hydrocarbon resources. Indeed the International investors will not be averse to having the government involved in the ownership of the NNPC because such a provision guaranty’s their involvement through favourable legislation, negotiations, permits, licences, waivers and concessions. As they have found out over the years it is always good and necessary to have governments involved in the often very complex process of oil and gas operations which spans a whole range of technical and non-technical areas. Indeed companies like Saudi Aramco, Petrobras of Brazil, Petronas of Malaysia, PEMEX of Mexico all of them wholly state owned entities operate under similar conditions.

One area of the PIA which has gone largely unheralded is the provision that situates the gas sub sector under midstream operations. This was one of my main briefs as a focal point for monitoring the passage of the PIB at the National Assembly. Many do not know that Nigeria’s gas reserves outstrips its crude oil deposits. Proven gas reserves of Nigeria stands at 600 trillion cubic feet and more will be added to this as new crude finds along with associated gas come on stream. Indeed it is often said that Nigeria crude oil is but a drop in a sea of gas.

Situating gas under midstream not only follows global oil industry practices, it also gives investors in that subsector the necessary latitude to explore the wide range of potentials in the entire gas value chain. With all the huge gas reserves that we have and the potential to add more, Nigeria’s gas sector is currently underdeveloped. There is room for Liquefied natural gas (LNG) plants for power and utilities, compressed natural gas (CNG) for use by vehicles, liquefied petroleum gas (LPG) for cooking and other domestic uses. All these will necessarily require receiving terminals and regasification plants, pipelines, depots, filling stations, jetties, tankers and rail transportation of the products.

Recognizing gas in the midstream of the oil industry under the PIA means that the sector will have its own operational and regulatory procedures making it easier for investors to partake in the business. Gas which is clean, cheap and less environmentally hazardous is regarded as the energy source of the future as research has reached advanced stages in the efforts to replace the use of oil as a source of energy. Gas also has the potential to be used more because of its many derivatives and uses in our lives.

As is natural with new ideas and processes, there are bound to be objections based mainly on fear, uncertainty and the need to get more. But for what it is worth to the future of this country especially with regards to the need to develop our God given oil resources, we should strive to make the most of the PIA.