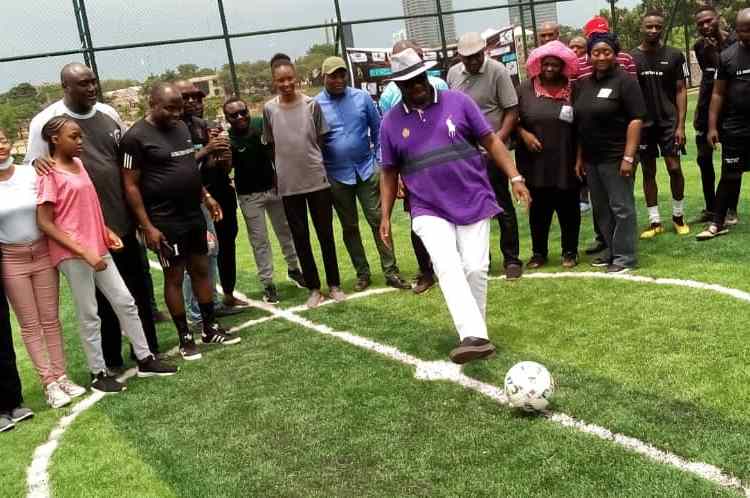 The 6th edition of the annual inter-law firms 5-aside football competition docketed ‘Abuja Lawyers League’ has been scheduled to kick off February 6, 2022.

This year’s edition will be bankrolled by the foremost lawyer Alhaji Mahmud Magaji (SAN), the principal partner of Mahmud Magaji & Co (RAHUSA CHAMBERS) is tagged MAHMUD MAGAJI SUPER CUP 2022. No few than 20 teams cut across over 50 law firms in the FCT are expected to participate in this year’s event.

According to the organisers in a statement, this year’s event will also witness an increase in the participation of in-house lawyers in agencies and commissions as invitation has been extended to lawyers in the Federal Inland Revenue Service, Independent National Electoral Commission and other federal agencies.

The competition which will hold from February 6, 2022 to March 26, 2022 will be rounded up with dinner/awards night.