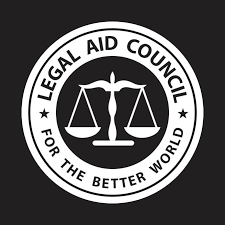 Legal Aid Council of Nigeria has secured the release of 39 inmates awaiting trials for over 10 years at Keffi Correctional  Centre, Nasarawa State.
Mr Aliyu Abubakar, Director General (DG) of the council made the disclosure while addressing staff of Nasarawa State ministry of Justice on Friday in Lafia.
He also explained that through reports the council discovered over 40 awaiting trial inmates in Keffi custodian centre who have been dumped for over ten years without any progress on their cases.
“Though the cases were from the Federal Capital Territory (FCT), but as at today, we have been able to get 39 of them out of the custodian centre,” the DG added. added.
He explained that the council is currently offering free legal services to a lot of indigent inmates and people across the country in line with their mandate.
He assured members of the public that the council would not rest, but would continue to provide free legal services to those who cannot afford weather in detention or free.
The DG therefore used the medium and expressed gratitude to the Nasarawa Government for providing the council with a befitting office accommodation in Lafia and other assistance.
On his part, Mr Abdulkarim Kana, Commissioner for Justice and Attorney-General of Nasarawa State reinstated that the government would partner the Legal Aid Council of Nigeria to ensure justice to indigent inmates in the state.
According to the AG the partnership became imperative due to similarity of their functions to ensure justice with a view of decongesting custodian centres in the state.
The Commissioner explained that the ministry with only 42 lawyers was working round the clock to ensure that all cases been handled by them are prosecuted timely to avoid delaying justice.
He said the ministry already have some departments that renders free legal services on daily bases on issues concerning domestic violence.
“We have a department that settles threat of domestic violence before the crime were actually committed,” he said.
The commissioner also disclosed that the ministry is developing a portal for all inmates to monitor their activities to ascertain when they are admitted or released from custodian centres.
He explained that the portal would also help to monitor to ensure that inmates are always taken to court to avoid dumping of inmates in the custodian centres for many years like it is the situation currently.
The Commissioner also said that in the effort to decongest the custodian centres, the ministry has set up a committee to workout modalities for plea bargain as contained in the amendment criminal justice laws in the state.
According to the Commissioner, the new arrangement will enable inmates who have spent long time awaiting trials to agree with their counsels on alternative charges so as to get quick conviction for them.
”Is better for them to be convicted than being detained on awaiting trials for many years,” he said.
Kana said that the amnesty programme and the plea bargain initiative would help decongest the correctional centres and ensure quick dispensation of justice.