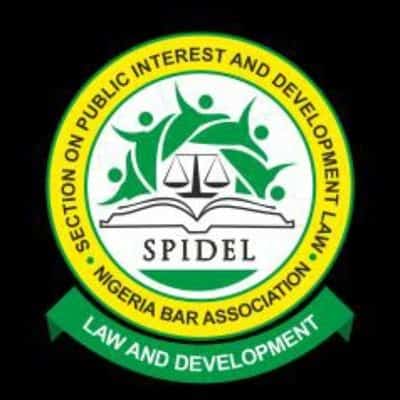 The Nigerian Bar Association Section on Public Interest and Development Law (NBA-SPIDEL) has issued a 14-day ultimatum to the police to charge Glory Okolie to court or release her unconditionally.

Okolie, 22, was arrested for being friends with a suspected member of the Indigenous People of Biafra (IPOB).

TheCable had reported that officers of the intelligence response team (IRT) arrested Okolie in Imo state on June 17.

She was later transferred to Abuja, despite the efforts of her parents to secure her release.

Since her detention, Harrison Gwamnishu, an activist and director-general of Behind Bars Human Rights Foundation, has been using social media to push for Okolie’s release.

After 66 days in detention, the police, in a statement on Sunday, said she was arrested for alleged membership of IPOB and working with one Benjamin Uzoma Emojiri to unleash attacks on police officers and police stations in Imo.

Reacting to the development, NBA-SPIDEL, in a statement signed by Monday Ubani, its chairman, described Okolie’s detention as “patently illegal, wickedly and appalling”.

“Our attention has been drawn to the long and illegal detention of one Gloria Okolie by the Nigerian Police Authorities for over 67 days for her friendship with an alleged IPOB member,” the statement reads.

“Assuming but not conceding that these “grave allegations” are true, does this by any stretch of imagination empower any security agency any right to detain a citizen for such length of time, thereby depriving her the constitutionally guaranteed rights of freedom of movement, rights of the dignity of person and right of fair trial within a reasonable time as provided under 1999 constitution? Nay,

“Her guaranteed rights of presumption of innocence until proven guilty has been destroyed permanently by this lengthy detention without any charge or arraignment.

“We have consistently advised our security agencies to discard this primitive and outrightly unscientific mode of investigation of crimes in this modern times to avoid this unnecessary embarrassment they bring to themselves most times when they effect the arrest of suspected criminals.

“We have counselled that scientific and modern mode of investigation of crime is the best global standard that is applicable all over the world even in small African countries with lesser economic viability as Nigeria. Our security agencies have become a big embarrassment to us as a nation, especially when we claim to be giant of Africa.

“It is absolutely wrong to arrest an individual and start sourcing evidence for prosecution. It is not only archaic but patently criminal for police officers to indulge in this manner of primitive investigation of crime in this modern time.
We are therefore giving the police authorities 14 days from today to charge Gloria Okolie to court if she has committed any known offence or release her unconditionally.

“We shall commence the enforcement of her fundamental rights which have been criminally violated if this request is not adhered to as usual by the police authorities. They are deemed adequately advised.”