Also important, he emphasised that the law prohibits the arrest of a person in lieu of another, adding: “The Police are advised to make arrests only when there is reasonable suspicion. Where a suspect is making a confessional statement, such statement must be made in the presence of his legal practitioner or the legal aid council”. 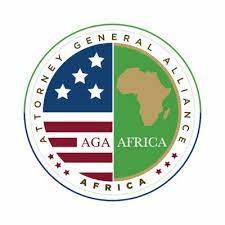 Legal and law enforcement experts, have urged the Police to respect human rights in their operations. They spoke during a two-day webinar organised by the Attorney General Alliance Africa (AGA Africa) in collaboration with the Nigeria Police.

The theme was: ‘Maintaining Public Safety and Ensuring Respect for Fundamental Human Rights’.

AGA Africa, in collaboration with its Partners, organises events aimed at sharing knowledge and experiences to develop and strengthen both the human and institutional capacity, required to combat transnational crimes.

Participants from various ranks of the Nigeria Police were present at the Golf View Hotel, Lagos and Sheraton Hotel, Abuja.

Idigbe, who spoke on Moving from Crime Prosecution to Crime Detection and Prevention, began his presentation with a quote from August Vollmer, a Berkeley, California Police Chief in the 1920s: “The citizen expects Police Officers to have the wisdom of Solomon, the courage of David, the strength of Samson, the patience of Job, the leadership of Moses, the kindness of the Good Samaritan, the strategical training of Alexander, the faith of Daniel, the diplomacy of Lincoln, the tolerance of the Carpenter of Nazareth, and, finally, an intimate knowledge of every branch of the natural, biological, and social sciences. If he had all these, he might be a good Policeman!”

The SAN said the Police must comply with the law, and is expected to collaborate with other agencies to take any necessary action and provide the required assistance or support to persons in distress, including victims of road accidents, fire disasters, earthquakes and floods.

He said to have a successful prosecution and conviction, there is need for proper investigation and criminal prosecution procedure.

“Police investigation in Nigeria should follow the process provided under the Administration of Criminal Justice Act 2015”, he said.

The Police, he said, should be modernised to create room for use of 21st century resources in the performance of their duties.

“The importance of the use of technology in policing, can never be underestimated. Twenty-first century crimes involve complex methods, which can only be detected using technology.

“There should be clarity on the roles of the various components of policing. For instance, the use of neighbourhood watch, undercover, electronic surveillance, tracing to detect and prevent financial, public corruption and drug crimes, should be encouraged.

“There should be cooperation and coordination amongst the various stakeholders such as schools, private sector, Police, courts, prosecutors, defence counsel, Lawyers, in detecting and preventing crimes.

AGA Africa Board member, Mr Markus Green, noted that the Police act as gate keepers, and are the first point of contact in the criminal justice system; thus, the laws are to be rightly followed and individuals are to be treated with dignity and respect.

Lafia, who represented the Inspector-General of Police, Usman Alkali Baba, noted that, during the pandemic, the Force noticed that there was an increase in the cases of rape, and decrease in the number of other violent crimes.

About the Police and civil protest, he said: “This is the departing point between a democratic State and a dictatorial system. Thus, any attempt to take away people’s right to peacefully express their opinion in the form of civil protest, automatically removes the glitter of what makes democracy beautiful.

“Civil Protests can be said to be an organised group against government actions or inactions, and in some instances, employer policies often by trade union activities. This protest usually involves minimal or large numbers of people, who come together to express dissatisfaction.

“The effective management of a civil protest entails the consideration of controlling expected and unexpected crowds in an orderly manner, without running afoul of the law.

Arthur-Worrey said maintenance of public order, while respecting the human rights of citizens, is the constitutional mandate of every Police Officer.

He said while making an arrest, the Police must not ignore fundamental rights, because any action that flows from such an arrest would be a nullity.

“Every Police officer is bound to protect rights and freedom in Nigeria, as provided for under the Constitution and in the African Charter of Human rights”, he said.

According to him, the Police Act requires the officers and men to collaborate with other agencies to take any necessary actions, and provide the required assistance or support to persons in distress.

Also important, he emphasised that the law prohibits the arrest of a person in lieu of another, adding: “The Police are advised to make arrests only when there is reasonable suspicion. Where a suspect is making a confessional statement, such statement must be made in the presence of his legal practitioner or the legal aid council”.

NEWER POST[JUDGMENT] Effect Of Failure To Prove An Essential Ingredient Of An Offence
OLDER POSTOlaniwun Ajayi LP, Gets New Managing Partner And Deputy