Lawyers Speak On Kyari’s Extradition To US 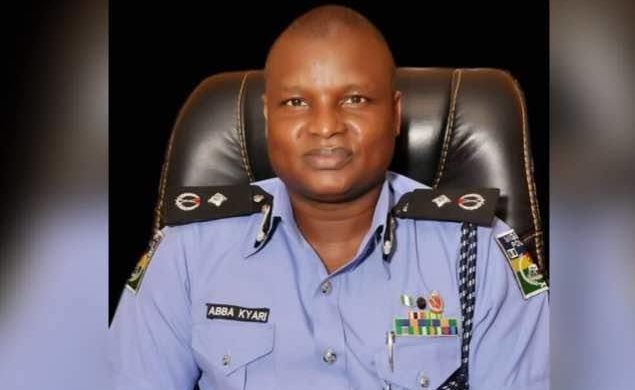 Senior lawyers on recently gave legal opinions on how Nigeria can handle the request of the United States on the planned prosecution of Deputy Commissioner of Police, Abba Kyari, indicted for internet fraud in America.

Kyari, following his alleged involvement with self-confessed fraudster, Ramon Abbas a.k.a Hushpuppi, was declared wanted by a US court, with the Federal Bureau of Investigations (FBI) mandated to track him down and bring him to justice in America.

His boss, the Inspector General of Police Thursday night instituted an in-house probe, over allegations linking Kyari to Abbas and his colleagues.

National Welfare Secretary of the Nigerian Bar Association, Mr Kunle Edun told Saturday Tribune that the arrest warrant would not automatically translate to Kyari, being immediately shipped to America.

He said, “the arrest warrant issued by the US court can only be executed in Nigeria if Abba Kyari himself surrenders voluntarily or the Nigerian authorities hand him over to the FBI.

“The other option is for the U.S. government to make an Extradition Request on the basis of the arrest warrant. This will be the subject of extradition proceedings if Nigeria has an Extradition Treaty with the U.S. Therefore, issuing the warrant alone without more, may not lead to the arrest and handover of Abba Kyari to the FBI.

“The next few days will be interesting as more revelations are made in this case,” he said.

Senior Advocate of Nigeria, Chief Ladi Rotimi-Williams is in agreement with the NBA chief.

He said, “we are a sovereign nation and we can decide who stays and who leaves Nigeria, subject to peculiar circumstances. In this instance, they wanted a Nigerian citizen to come to the United States. I think it is a moral obligation. America can’t compel Nigeria. Nigeria also doesn’t have to take him over there, but it is in the interest of Nigeria to conduct a judicial process here and if a prima facie case, is established against him, then send him over there.

“Another thing is if we have an agreement to swap suspects. Maybe if Nigeria also has a suspect in America whom it wants back in Nigeria and this becomes a matter of foreign relations.

“Nigeria can also demand his file from America, get our security people to look into the allegations against him, though I won’t advise police probing police. We can get a high-powered tribunal of inquiry, consisting of judges, both serving and retired, as well as accountants, to look into the allegations. But none of them should be members of the police or military. We have competent justices, both serving and retired, to look into his matter. If there is a prima facie case, then Nigeria can release him to the United States.

“Nigeria must first demand evidence from America, once there is a prima facie case, Nigeria should respect herself and send the man, to them. There was a case of the wife of a diplomat who while driving her car in Nigeria, hit someone who eventually died and she fled to America, refusing to return to Nigeria. The Trump administration refused to release her, saying if there was going to be any trial, it should be in America. Though unlike the diplomat’s wife, who I guess America made a special arrangement for her, Kyari has no immunity.

“I will like to believe that Nigeria cannot afford to offend America and it is not in our interest to offend them because of one man. Hard reality demands we cooperate with the US to fight crime in situations like this.”

The new chairman of the NBA Section on Public Interest and Development Law (NBASPIDEL), Dr Monday Onyekachi Ubani, also concurred. According to the former 2nd National Vice President of the Bar, “the arrest warrant doesn’t make it automatic that he would just go and face trial in America. If they want to go by the way of extradition, he has to undergo the judicial process.

Nigeria can also decide to investigate and deal with the matter back home and prosecute him if he is found culpable. That is why the Inspector General of Police initiated a probe.