Lawyers Cry Out Over Non-Payment Of Judgment Debts By FG

Lawyers involved in several litigations won against the Federal Government and its agencies over the years, have cried out in over non-payment of judgment debts incurred by Government. 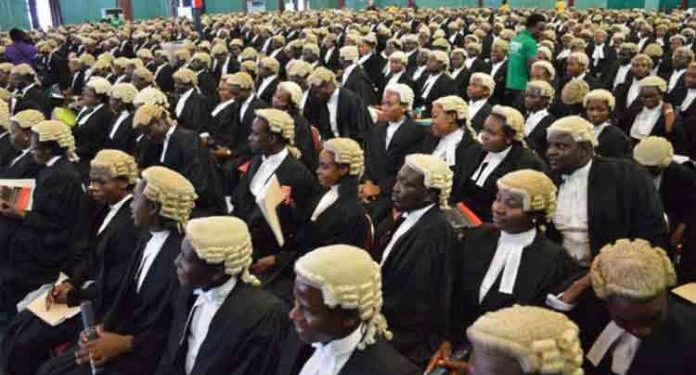 Lawyers involved in several litigations won against the Federal Government and its agencies over the years, have cried out in over non-payment of judgment debts incurred by Government.

In a statement issued by the Director of Legal Services, Centre for Civic Education, Agomuo Chimaobi on behalf of the lawyers , said the unpaid judgment debts are affecting them economically , having used their personal resources to prosecute some of the cases on behalf of their clients.

The debts according to them , are incurred by the federal government from judicial pronouncements to that effect from the High Courts to Appeal and Supreme Courts.

The statement read in part: “Since the inception of the President Mohammed Buhari administration, the president has made efforts in settling and paying off debts owed by federal government of Nigeria to local contractors, subsidy payment, the education sector, etc.

“However, the PMB administration since 2015 have not complied in settling and paying for judgement debt owed by federal government of Nigeria to its citizens, organisations and business entities in Nigeria.

“These judgement debts are compiled at the office of the Honourable Attorney General of the federation and the minister of justice.

“Appropriations have been made from 2015- 2021 by the National Assembly of Nigeria to settle and pay these debts including, issuing of promissory notes to beneficiaries, but the office of the Attorney General and Minister of Justice has repeatedly, stated that monies meant for the payment of judgement debts owed by the federal government of Nigeria, was not released by the Federal Ministry of Finance (FMF) and the Central Bank of Nigeria (CBN).

“This to us , is apparently unconstitutional for the executive arm of government to continue in neglecting judgements of the Judicial arm of government,especially superior courts of records vested with the powers to adjudicate between individuals, organisations and all arms of government as stated in section 6(1) of the 1999 constitution (as amended).

“We are therefore using the mass media as empowered by Section 22 of the 1999 constitution of the Federal Republic of Nigeria to cry out for justice through payment of the judgement debts by the federal government.

“We urge the president to rise to the occasion and as a matter of urgent National importance, consider the common man, the citizens of Nigeria whose businesses and assets continue to diminish by the non-payment of judgement debt owed since 2015 and the impact of covid -19 to our economy. Mr President please save our soul. As they say justice delayed is justice denied.”