– Threatens to take legal action if demand is not met 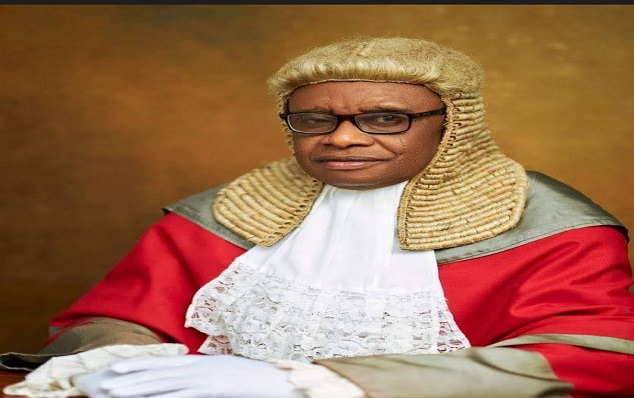 A Kogi-based Lawyer and Activist, S. O. Akobe, Esq., has written a letter to the Acting Chief Judge of Kogi State wherein he demanded that Magistrates who are presiding in Upper Area Courts as Presidents should be withdrawn with immediate effect.

The acknowledgment copy of the letter showed that same was received by the Office of the Chief Judge of Kogi State on Monday, the 31st day of October, 2022. The letter which is titled, “A Humble Demand for the Immediate Withdrawal of Magistrates Presiding as Presidents of Upper Area Courts in Kogi State”, and copied to the Chairman, Kogi State Judicial Service Commission, the Chief Registrar, Kogi State High Court of Justice, and the various NBA Branches in the State, reads in part:

“My Lord, may I first of all, most humbly, congratulate Your Lordship in respect of the noble status you currently occupy as the Acting Chief Judge of Kogi State. May I also appreciate Your Lordship for your good works which are in the public domain particularly your firm opposition to any form of corruption in the Kogi State Judiciary. Your Lordship’s stand is clear to the effect that under Your Lordship’s watch, corruption or any other form of misconduct and justice perversion will not be tolerated.

“Your Lordship’s resolve to run a corruption-free judiciary is manifested in the recent transfers of judicial officers to areas outside their places of origin in order to minimize corruption and compromise arising from affinity and other considerations commonly associated with judicial officers that preside in their native homes. Your Lordship is highly commended in this regard.

“However, Your Lordship, in bringing the desired reforms and positive change in the Kogi State Judiciary as intended under the present dispensation, I wish to humbly draw the attention of Your Lordship to a very fundamental “error of law” that held sway under previous regimes and continuing even now. The said error of law has to do with the posting of some Magistrates to preside or head Upper Area Courts as Presidents. To the best of my knowledge, in Kogi East for instance, Upper Area Court, Idah, Upper Area Court, Ankpa, and Upper Area Court, Anyigba, are being presided over by Magistrates who sit as “Presidents” of those Courts. I also reasonably believe that same is obtainable in the two remaining Senatorial Zones (West and Central) in Kogi State.

“In this letter my Lord, I do not intend to sound too legalistic; however, I am constrained to make reference to a few statutory provisions that are relevant in addressing the concerns raised herein. Section 1(1) of the Kogi State Area Court Law, No. 2, 1991, provides that, Area Court means a court established under or in pursuance of this law or deemed to have been so established and shall include an Upper Area Court(Emphasis mine).

“On the composition/constitution of Area Courts and/or Upper Area Courts as the case may be, section 4(1) of the said Area Court Law provides as follows:

An Area court shall consist of the following member or members:

An Area judge sitting alone or

An Area judge sitting with one or more members“.

“Section 4(3) of the same Area Courts Law further provides that where an Area court consists of more than one member, the Area judge shall be the President of that court.

“It is clear my Lord, that by the above provisions of the Area Courts Law of Kogi State, a Magistrate is not contemplated amongst the Coram of an Area Court or Upper Area Court as the case may be. It is crucial to note the tone of the draftsman in the above cited provisions wherein the word “Shall” was repeatedly employed to convey the message of mandatoriness.

“My Lord, it is very clear that the posting or transfer ofMagistrates (instead of Area Judges as provided by the Area Court Law) to preside as Presidents ofUpper Area Courtsgravelyrenders the composition and/or constitution of those Courts jurisdictionally defective.

“The fact is clear+cut to the effect that Magistrate Courts and Upper Area Courts are created by distinct laws in Kogi State. Accordingly, judicial officers appointed under these laws must abide and dwell only in the courts established by the law governing their appointments. Thus, once a judicial officer is appointed and/or takes oath of office as a judge of a particular court, such judicial officer cannot put on the toga of another court under any guise, either by way of statutory indulgence or pursuant to a fiat or warrant given by any authority howsoever described. This position is supported by the reasoning of the Supreme Court in the case of Ude Jones Udeogu v. FRN & 2 Ors. (popularly known as the Orji Uzo Kalu’s case) (SC. 622c/2019) delivered on 8th May, 2020. See also Ogbunyiya v Okudo (1979) NSCC 77; Our Line Ltd v SCC Nigeria Ltd & Ors (2009) 17 NWLR (Pt 1170) 383.

“I therefore, humbly urge Your Lordship to order immediate withdrawal of all Magistrates in the Kogi State Judiciary that were hitherto posted to preside in Upper Area Courts as Presidents, and to return them to the Magistracy or Magistrate Courts where they rightly belong. I may be constrained to take out originating summons for judicial interpretation of the Kogi State Area Courts Law, 1991 and the Magistrate Courts Law of Kogi State, 2020, if the status quo is not changed as humbly requested in this letter.

Concluding the letter, the Lawyer stated:

“Posterity will judge Your Lordship favourably if lasting sanitation is carried out in the Kogi State Judiciary under your watch as the Chief Judge of Kogi State. May it please, Your Lordship!”

As at the time of filing this report, a reaction from the Office of the Chief Judge of Kogi State in relation to the said letter could not be gotten.