Ogbobe in addition said the defendant conspired with one Jennifer Ulingbufun, currently at large and committed the offence. 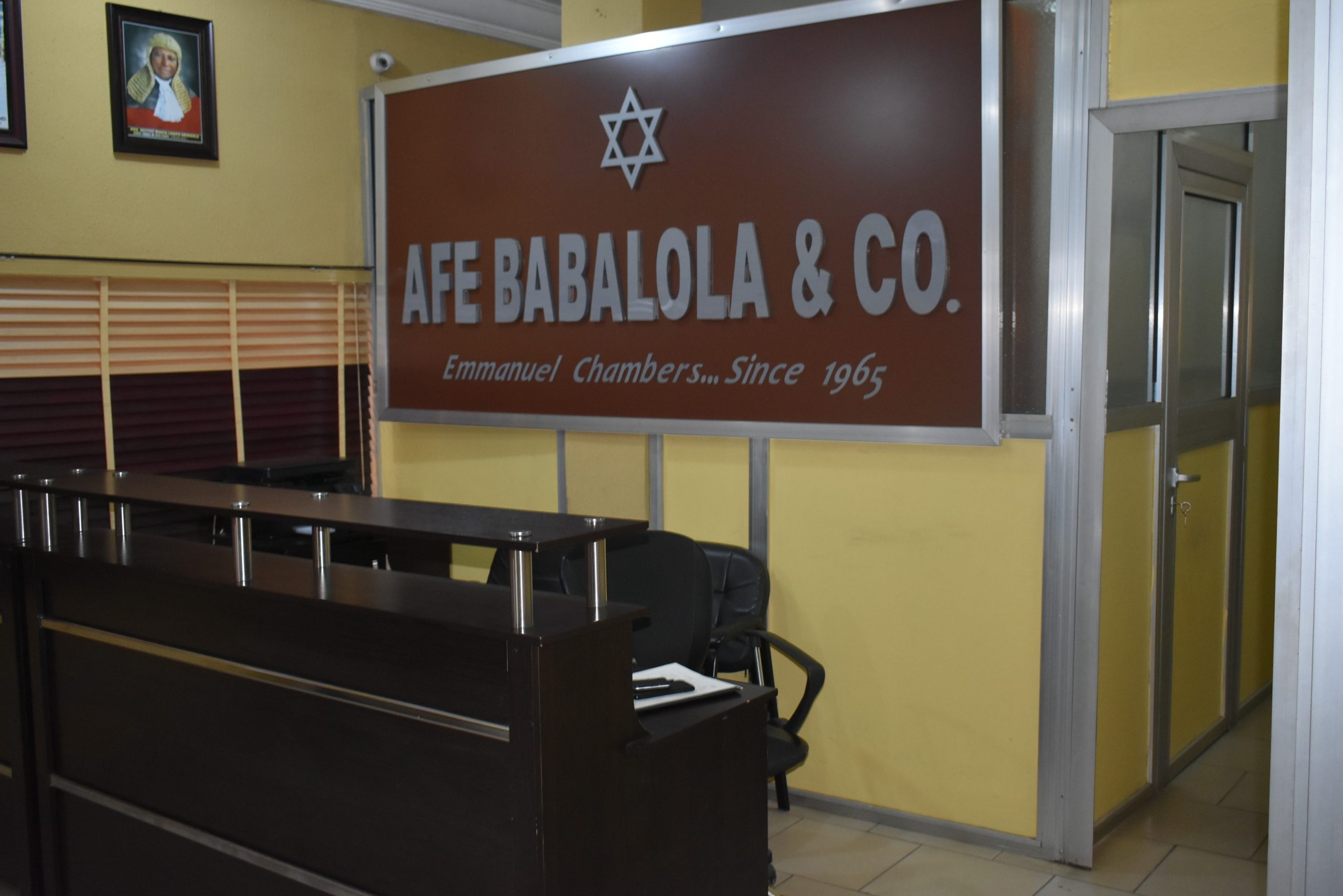 The police on Tuesday arraigned a lawyer, Bridget Emengo, in a Wuse Zone 6 Chief Magistrates Court for allegedly writing a defamatory statement on oath against Afe Babalola’s firm and one of its staff.

Emengo, who lives at TradeMore Estate, Lugbe, Abuja, is charged with criminal conspiracy, injurious falsehood, defamation of character and perjury.

The Prosecution Counsel, Fidelis Ogbobe, told the court that the complainant, a legal representative of the firm, Olamide Adekunle, reported the matter through a written petition at the FCT Command of the Force Criminal Investigation and Intelligence Department on September 27.

Ogbobe in addition said the defendant conspired with one Jennifer Ulingbufun, currently at large and committed the offence.

The prosecutor said the ladies conspired and wrote defamatory remarks against the firm and its staff in a statement on oath filed on July 28 at the National Industrial Court.

He said that the defendant stated in the statement that she was on February 19 abducted by a staff of the firm on the instruction of Kehinde Ogunwumiju (SAN), a senior partner of the firm.

In addition, Ogbobe alleged that the defendant also in the alleged defamatory remarks stated that she was forcefully subjected to medical examinations in two different hospitals against her wish.

The prosecutor further alleged that the defendant in the said statement on oath submitted that Ogunwumiju misappropriated and converted the firm’s resources to his personal use.

According to Ogbobe,that during police investigation, the defendant could not substantiate the allegations.

The prosecution said the offence contravened the provisions of sections 97, 392, 393 and 156 of the Penal Code.

The defendant, however, pleaded not guilty to the charges.

The defence counsel, Gift Ejekala prayed the court to grant his client bail in most liberal terms, citing Section 36 of the 1999 constitution( as amended) and Sections 158 and 163 of the Administration of Criminal Justice Act (ACJA) 2015.

Ogbobe in response objected to the bail application.

The Magistrate, Musa Saddeeq admitted the defendant to bail in the sum of N300,000 with two reasonable sureties in like sum.

Saddeeq said one of the sureties must be a civil servant on Grade Level 13 and above.

He also ordered that the sureties must reside within the court’s jurisdiction, show affidavit of means.

He adjourned the case until October 28 for hearing.