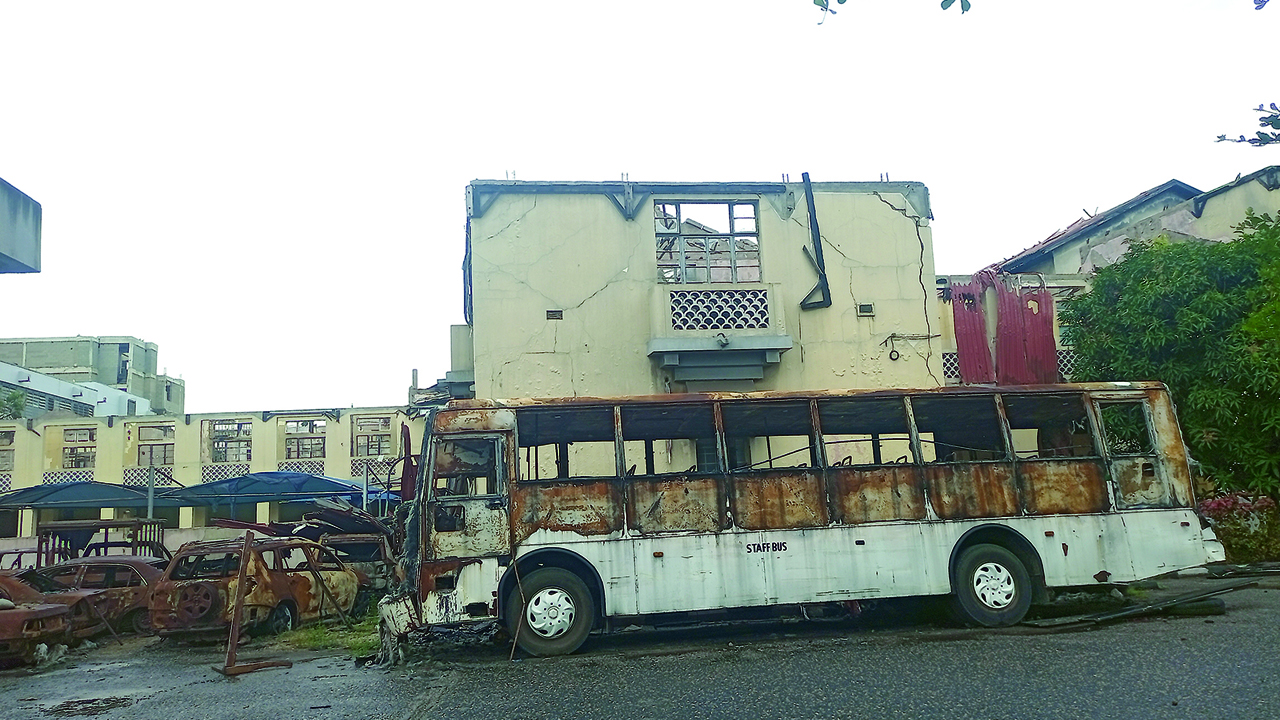 The Chief Judge of Lagos, Justice Kazeem Alogba has appealed to the state government to prioritize the reconstruction of the burnt Igbosere High Court.

Justice Alogba made the appeal at the Lagos Central Mosque while speaking at the thanksgiving service organized by the state judiciary to mark the commencement of the 2022/2023 New Legal Year.

The Igbosere court was burnt down in Oct 2020 following the hijack of the #EndSARS protests by hoodlums.

Justice Alogba lamented the destruction of the Court, noting that it was a monumental edifice that must be revived.

The CJ also noted that the best way for the judiciary to continue to effectively discharge its duty is when it is devoid of state and public interference in adjudicating justice delivery.

He restated the judiciary’s commitment to continue to deliver justice without fear or favour.

The Deputy Governor of Lagos State, Dr Obafemi Hamzat who celebrated with the judiciary at the thanksgiving service explained that a Trust Fund had been set up to rebuild public structures destroyed during the violent protest.

He promised that the reconstruction of the Igbosere High Court Complex will be the first to be rebuilt with the Fund.

He urged the Chief Judge to ensure that matters enjoyed accelerated hearing as justice delayed is justice denied.

An Islamic scholar, Dr Ishaq Sanusi who delivered a lecture at the thanksgiving service advised judges and magistrates to bring back justice to the country so as to help achieve political and economic stability.

He explained that if justice is restored in the country, inequality and insecurity would be dealt with and the economy would improve for the better.

A simultaneous thanksgiving service was also held at the Cathedral Church of Christ, Marina for judges, magistrates and lawyers of the Christian faith

The Bishop of the Diocese of the Lagos West, Anglican Communion, the Reverend Olusola Odedeji in his sermon encouraged the Lagos State Judiciary to uphold truth and Justice at all times.

Rev. Odedeji also urged all the judges and magistrates to use their positions and tenure in service to God and to humanity.

After the thanksgiving services, proceedings moved to the Main Arena of the Tafawa Balewa Square where the Chief Judge inspected the ceremonial guard of honour as part of activities to mark the commencement of the new legal year.