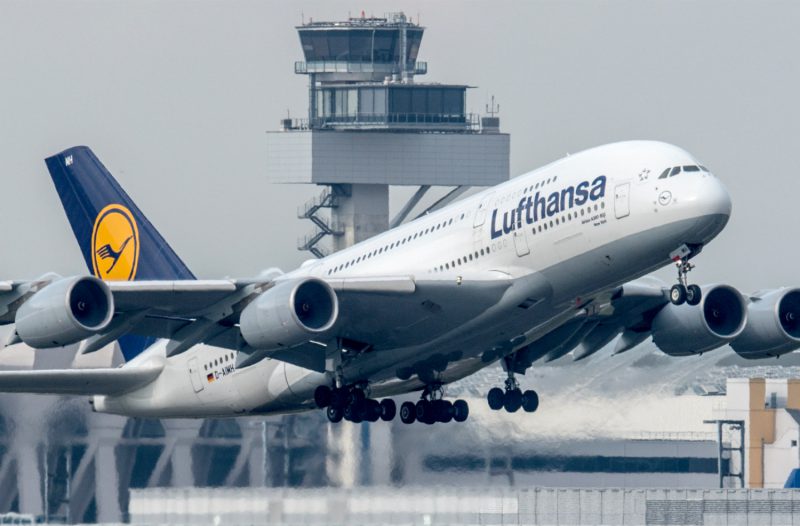 A Lagos lawyer, Olumide Sofowora SAN and his wife Mrs Olapeju Sofowora have slammed N39,640,818.00 suit on Lufthansa German Airlines for breach of contract of carriage.

In a renewed legal battle via an amended statement of claim, accompanied by additional written statement on oath sworn to by Sofowora and filed before a Federal High Court in Lagos, Southwest Nigeria, the plaintiffs averred that by a contract between them and the defendant, the Airline agreed to carry them and their luggage for reward by air from London to Lagos via Frankfurt on 28th September, 2019.

They said the carriage was an international carriage.

The plaintiffs stood in line at the Luggage check-in queue to drop their four pieces of luggage at Desk B25 but could not get to their turn on the check- in desk before 5:30am because of the long queue of passengers.

Upon reaching their turn and after confirming from the plaintiffs’ passports that they had checked in online, the defendant’s agent who thereafter asked one of the bags be placed on the scale/conveyor belt to be tagged, suddenly stopped and asked how many pieces of the luggage the plaintiffs had to drop, upon confirming to her that they had four pieces of luggage to drop, the agent refused to continue the final check-in process for the flight, saying the facilities to load the luggage on the flight had closed since they close one hour before the flight.

The plaintiffs pleaded with the defendant’s agent to allow the luggage to be checked in on the next flight from London to Frankfurt and thereafter connect to the flight from Frankfurt to Lagos, but the agent informed the plaintiffs that it could not be done because of security reasons and that all items of luggage must fly with the passenger and that the only option left was to purchase new tickets for the next flight.

The airport manager of the defendant confirmed what his agent had stated and despite the plaintiffs’ plea, the manager insisted that the plaintiffs purchased a new ticket for the next London to Frankfurt flight at 7:30am.

They complained that this was most unfair considering that they purchased Premium Economy tickets and already have confirmed seats for the connecting journey from Frankfurt to Lagos on the premium Economy class. All their pleas fell on deaf ears as the manager insisted on their decision.

The plaintiffs had no choice but contacted their travel agent to get them fresh tickets for the journey from London to Lagos via Frankfurt and they had to be downgraded from Premium Economy to Economy class on their new flight tickets for which they paid the sum of N359,182.00.

The previous London to Lagos return ticket has to be forfeited.

To the surprise of the plaintiffs, they were checked in on the flight at 6:50am for the 7:30am flight and they were not told that the luggage boarding facility had closed even though this was less than one hour to take off of the flight. The boarding Gate did not open until the 7:05am flight to Frankfurt.

Upon arriving in Lagos, three of the four pieces of their luggage did not arrive, thereafter the plaintiffs, like other several other passengers whose luggage did not arrive had to be going to Murtala Muhammed International Airport, Lagos on a daily basis to retrieve their luggage and the plaintiffs were able to retrieve three pieces of the luggage five days after.

Consequently, Mr Olumide Sofowora and his wife Olapeju Sofowora are claiming against Lufthansa German Airlines, N20 million as Special and general damages, N359,182:00 being the cost of new tickets, N824,798:00 being half price tickets of the cost of ticket from London to Lagos, general damages in the sum of N10 million for denying the plaintiffs boarding at the London Heathrow airport having check in, N8,816,029:00 for inconveniences suffered by the plaintiffs, including loss of professional time in trying to retrieve their Luggage.