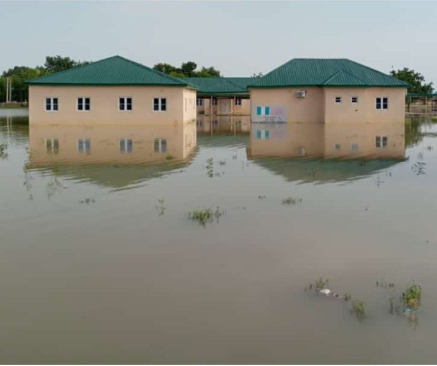 The official quarters of the Speaker, Kogi State House of Assembly, Rt. Honourable Prince Matthew Kolawole; his deputy, Honorable Rabiu Ishiaka Momoh and other House of Assembly members have been submerged by flood in Lokoja.

Kogi House of Assembly members were forced to relocate due to the flooding.

The water level keeps increasing by the day, with many residents rendered homeless.

More houses have been flooded along the banks of rivers Benue and Niger, including the Lokoja metropolis.