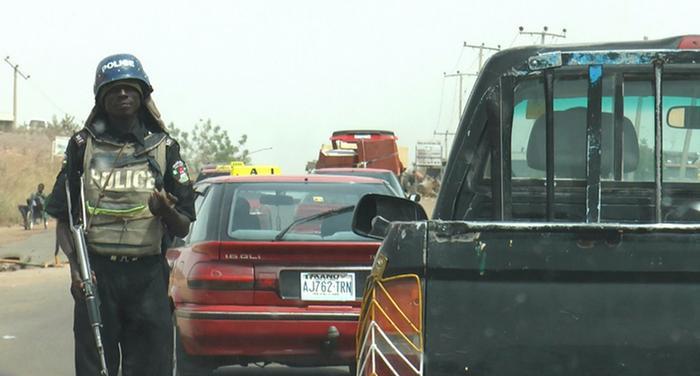 Know The Law: Police Officers Enforcing Stop-And-Search Must Be In Uniform Or Present ID By Ayodele Oluwafemi

Law enforcement agencies, including the police, are expected to maintain law and order within the ambit of the constitution and respect for fundamental human rights. Hence, when they act in contrast to the law, it often sparks public criticism.

In Nigeria, the modus operandi of the Nigerian Police Force (NPF) has often come under intense public scrutiny, especially on the issues of arrest and detention.

On the issue of search/raids by the police, there have been several reports of abuse, harassment and extortion of citizens.

Although police officers have the right to conduct a search on persons, public and private places, and vehicles when they are authorised to do so or suspect a crime, the method of enforcement in some instances appears to violate citizens’ rights.

In some cases, police officers conduct a search on commuters as well as enter public places to carry out raids without the appropriate means of identification.

Some police officers even wear casual clothes to conduct raids.

WHAT IS THE POSITION OF THE LAW?

The Nigerian Police Act 2020 gives police officers the power to arrest, detain, and search a person or vehicle when there are “reasonable grounds of suspicion” of an offence.

Section 49 (1) states that, “a police officer may exercise the power to stop and search in any: “(a) place the public or any section of the public has access, on payment or otherwise, as of right or by virtue of express or implied permission; or

“(b) other place to which the public has ready access at the time when he proposes to exercise the power but which is not a private residence.”

Section 49 (2) states a police officer may detain and search any person or vehicle where:

“(b) reasonable grounds for suspicion exist that the person being suspected is having in his possession; or conveying in any manner anything which he has reason to believe to have been stolen or otherwise unlawfully obtained.”

It also clearly states the conditions that should be met and the conduct of the police officers while enforcing a search.

Section 50 (4) of the act states that, “for any police officer to exercise the power to stop and search, he shall be in uniform or
visibly wear a valid police identity card”.

This means that without the police uniform or a visible identity card, a police officer does not have the power to exercise a search.

The act also explains that before a police officer exercises the power to search a detained person or vehicle, he or she must fulfil the conditions stipulated in section 50 (3) of the act.

Section 50 (3) states that “before any search of a detained person or vehicle may take place, the officer shall give the person to be searched or in charge of the vehicle:

“(a) his name and the name of the police station to which he is attached;

“(b) the object of the search; and

“(c) his grounds or authorisation for undertaking the search.”

The act also clarifies the action that should be taken before a search is conducted by a police officer.

Section 50 (1) states that, “where a police officer is exercising the powers under section 51 of this Act, he shall be before carrying out the search, question the person about his behaviour or his presence in circumstances, which gave rise to the suspicion.

“If the person to be searched has a satisfactory explanation which makes a search unnecessary or other circumstances come to the attention of the police officer that make the search unnecessary, no search may take place.”

Section 51 (1) states that, “reasonable effort shall be taken to minimise the embarrassment that a person or the
person whose property is being searched may experience”.

The act also explains the exception of “reasonable grounds for suspicion” to conduct a search.

Section 54 states that, “the following shall not be grounds for reasonable suspicions;

“(a) personal attributes, including a person’s colour, age, hairstyle or manner of dress;

“(b) previous conviction for possession of an unlawful article; or

“(c) stereotyped images of certain persons or groups as more likely to be committing offences.”