To live peacefully in Lagos, it is vital that tenants and landlords understand the law regulating their rights and obligations. For such purpose, the tenancy laws of Lagos State were enacted on August 5, 2011 at the Lagos State House of Assembly and signed by the then governor, Babatunde Fashola on August 24, same year. It is now the main law regulating housing in Lagos State. Lawyers speak on its provisions. 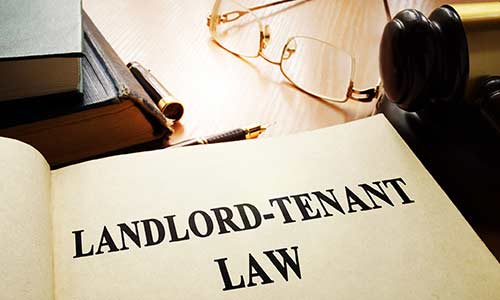 To live peacefully in Lagos, it is vital that tenants and landlords understand the law regulating their rights and obligations. For such purpose, the tenancy laws of Lagos State were enacted on August 5, 2011 at the Lagos State House of Assembly and signed by the then governor, Babatunde Fashola on August 24, same year. It is now the main law regulating housing in Lagos State. Lawyers speak on its provisions.

Said PGC Achigasim, a lawyer: “The tenancy law of Lagos is unique. It is found in its attempt to remove the perceived bottlenecks in the old law. One of such provisions is the removal of the hitherto provision that says that “a notice to quit” must expire on the anniversary of the tenancy. With the landlords and tenants law, the notice to quit could be given at any time and expire at any time. Even after the anniversary of tenancy provided, it complies with the law.

“The law criminalizes non-issuance of receipt of payment after receiving payment by the landlord. The penalty or fine is N250, 000.00. There is also the provision for an order to open a property, which was locked up by a tenant. This provision takes care of a situation where a tenant locks up the property of the landlord and relocates to another place before the landlord would need to go through the route of proving his case before the property can be opened. But this law allows such landlord to file a motion on notice to force open the said property.

“It is largely credited with the new ways landlord’s request for rents now. Before now, landlords required two years’ rent from tenants but landlords now collect one year’s rent. To this extent, the law has succeeded. The only drawback is that it is discriminatory. Its provisions are inapplicable in the highbrow areas of the state like the Ikeja G.R.A, Apapa GRA, Ikoyi, Victoria Island etc.”

Jide Ogundimu, a lawyer and housing specialist, also stated: “Section 1 of the law which deals with its application, stipulates as follows; (1) This law shall apply to all premises within Lagos State, including business and residential premises unless otherwise specified. The following areas: (i) Apapa; (ii) Ikeja GRA (iii) Ikoyi; and (iv) Victoria Island are exempted from the application of this law. The Governor may, however, from time to time, by order published in the State Official Gazette, exempt the application of this law to any other area or premises in the state.

“Section 4 of the Act covers advance rent, and it provides as follows: It is unlawful for a landlord or his agent to demand or receive from a sitting tenant rent in excess of six months for a monthly tenant and one year for a yearly tenant in respect of any premises without prejudice to the nature of tenancy held at the commencement.

Funmi Adeogun, MCIArb ( UK), Vice Chairman, NBA Epe Branch and treasurer, NBA SPIDEL added: “Tenants in Lagos have to know that once a quit notice is served on them, it doesn’t mean they are excused from paying rents. They must know that there must be an agreement between the landlord and tenant on rent increment as opposed to just informing the tenant. They must also know that once they sign the tenancy agreement, they would be bound by it.”

Under the Lagos State Tenancy Law of 2011, which is similar to the tenancy laws of other states in Nigeria, it is an offence to try to forcefully evict a tenant. It is also illegal for a landlord or his agent to disrupt the peaceful enjoyment of the demised property in a bid to frustrate the tenant and force him to move out.

Eviction of a tenant

After the expiration of the notice to quit, the tenant is expected to vacate the premises and surrender possession. However, in reality, some tenants remain on the property either due to the needed resources to move elsewhere or due to being adamant. At this point, you are expected to issue the seven days notice of the owner’s intention to recover premises. The seven days notice, just like the notice to quit, also has a specific format, which must be strictly adhered to.

Institute a recovery of premises action in court

If a tenant refuses to vacate the premises and deliver up possession, then the proper thing to do next will be to file a court action. In Lagos State, the recovery of premises action can either be filed in the magistrates’ court or the high court.

If the rental value of the premises occupied by the tenant is above N10 million, then the high court would be the proper venue for the matter. If on the other hand, the rental value is below N10 million, then the magistrates’ court within the division or district would be the appropriate court to approach. Once the matter has been filed in court, both parties can either opt to settle amicably or proceed to trial.

Both parties can explore settlement if the tenant agrees to vacate the premises but perhaps is requesting for more time. The parties can meet along with their solicitors and agree on the terms of the settlement. Upon reaching a conclusive agreement, the solicitors would file terms of settlement document which would be adopted by the court as its judgment in the suit.