Keren-Happuch: Coalition Knocks NBA For Silence Over Rape And Death Of Teen

According to him, ‘the Unity Bar has an obligation to speak against injustice and the alarming escalation of sexual and gender-based violence including Child Sexual Abuse and must therefore take the driving seat in ensuring that the society is sanitised and redeemed.’ 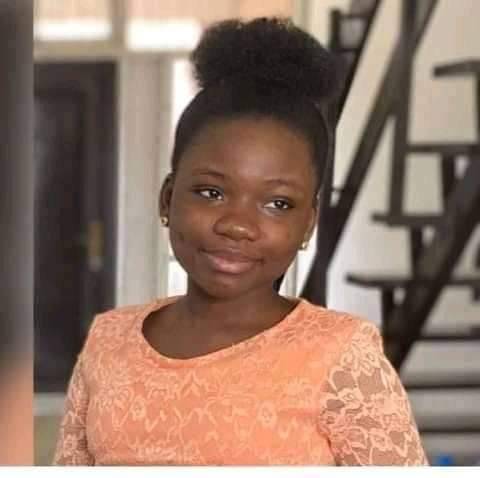 The Coalition of Gender-Based Violence (GBV) Responders has expressed disappointment at the Nigeria Bar Association (NBA), Abuja Branch, over its seeming silence and insensitivity to the case of Keren-Happuch Aondodoo Akphagher, a 14-year-old student who was raped at Premiere Academy, Lugbe, Abuja.

Leader of the Coalition of GBV Responders and Executive Director of Men Against Rape Foundation Lemmy Ughegbe, speaking as a panellist at the 2021 Law Week of the Nigeria Bar Association, Abuja Branch on the theme “Insecurity, Rule of Law and Human Rights: Are we on the right path”, said the lawyers cannot be silent in the face of injustice and sexual violence.

According to him, ‘the Unity Bar has an obligation to speak against injustice and the alarming escalation of sexual and gender-based violence including Child Sexual Abuse and must therefore take the driving seat in ensuring that the society is sanitised and redeemed.’

He expressed worry over the silence of the Unity Bar on the case of Keren-Happuch Akpagher, saying that ‘such silence is not golden and falls into the conspiracy of silence theory which accounts for why sexual violence has become a pandemic.’

He explained that ‘on the 22nd of June 2021, the inalienable right to life of 14-year-old Keren-Happuch Aondodoo Akpagher was taken away because she was raped; condom left inside her by her rapists, the condom infected her with sepsis, which triggered hyperglycaemia and eventually led to her death. And I have since pledged to use every public forum I attend to speak about it. Keren-Happuch was a boarding house student of Premiere Academy, Lugbe where she was allegedly raped. We are talking human rights, so this is even auspicious.’

Ughegbe lamented that “unfortunately, members of the bar have been silent on this issue that should concern them.

‘This is not what we know about members of the legal profession and particularly members of the Unity Bar. The Unity Bar has over the years been proactive and forthcoming on issues related to human rights and rule of law. But you have been silent on the case of Keren-Happuch,’ he observed.

He reminded the lawyers of the words of Bishop Desmond Tutu, who said ‘if you are silent in a situation of injustice, you have chosen the side of the oppressor,’ pointing out that ‘the unity bar and indeed all lawyers cannot afford to be silent on Keren-Happuch. I challenge you to look at her case and take it up to ensure that we get justice for her family even as it serves as a deterrent for others. Remember, no child is safe until every child is safe.’

On the theme of the 2021 Law Week, which is Insecurity, Rule of Law and Human Rights: Are we on The Right Path?, Ughegbe said it was crystal clear for the blind to see and the deaf to hear that Nigeria is descending to the abyss and all well-meaning Nigerians must be concerned enough to engage the Federal Government intellectually and compel it to respect the rule of law, equity and fair play.

He urged lawyers and journalists to call bandits and kidnappers what they really are, saying that it is the euphemism used for them that downplays the seriousness of their crimes.

‘Why call people who kidnap us and our children, bandits and kidnappers? Why the use of such euphemism for people who terrorise us? This is a major reason insecurity continues to fester. These fellows are terrorists and they should be properly so called so that they are dealt with according to what the law dictates as terrorists. The bar and the media must insist on them being identified, named as terrorists and treated as such,’ he stated.

On the comment by Miyetti Allah that they do not recognise the September 1 deadline imposed by southern governors to end open grazing, he decried how badly Nigeria has descended to anarchy and lawlessness, urging President Muhammadu Buhari to take responsibility for it.

‘How can cattle breeders be challenging the constitutional authority of the Governors of Southern States to decide how their lands should be used? Such brazenness by these cattle breeders only goes to show you how badly we have descended.

‘And what is even more saddening is the fact that the rhetoric from the President emboldens the cattle breeders to be brazen and lawless. In the 21st century, the President is seeking to exhume an invalid gazette on grazing routes to challenge the authority of state governors, who have the authority to decide to what use their land should be deployed as provided by the Land Use Act grounded in the constitution. This is surely the rhetoric from Buhari that emboldens the cattle breeders. We must condemn it,’ he stated.