Nigerian judges will be going on two months strike despite the two months’ period already lost to judiciary workers’ strike between April and June. 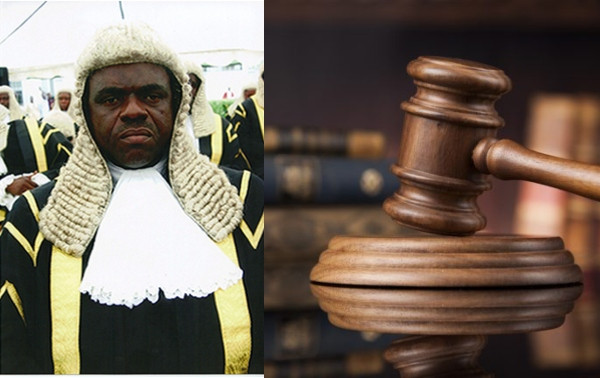 Nigerian judges will be going on two months strike despite the two months’ period already lost to judiciary workers’ strike between April and June.

The Chief Judge of the Federal High Court, John Tsoho, has explained why judges cannot waive their annual court vacation.

Judges of many courts across the country have started their 2021 annual vacation with only a handful of them designated to hear urgent cases such as fundamental rights enforcement suits bordering personal liberty.

It had been reported that despite losing two months to an industrial action that paralysed the Nigerian judiciary earlier in the year and taking some rest during the period, many judges would be going on vacation for another two months in July.

The vacation, which usually lasts two months, is expected to begin this July and usher in the new 2021/2022 legal year in September.

With the judiciary perennially grappling with a huge backlog of cases which slows down the justice administration system in the country, many had expected that judges would cancel this year’s vacation having only recently resumed work after two months lost to the strike embarked upon by the Judiciary Staff Union of Nigeria (JUSUN) in April.

A civil society group, Access to Justice (A2J), had urged the Chief Justice of Nigeria (CJN), Tanko Muhammad, to let judges sacrifice this year’s vacation in view of the disruptions that were occasioned by the JUSUN strike and last year’s #EndSARS protests.

However, Mr Tsoho in an exclusive interview with Premium Times, said the annual vacation was a statutory issue, noting that that those advocating its cancellation were calling for a breach of the law.

“The issue of vacation is statutory because each court has a provision in its rules as to vacation. And that is why it’s even improper for people to have advocated that the CJN should ask judges to forgo the vacation,” he said.

“So, what they (lawyers) don’t seem to appreciate is that by saying judges should not go on vacation, are urging that the law (rules of court) should be breached. How fair is that for the advocates of cancellation vacation?”

Mr Tsoho added that judges were not idling away during the JUSUN strike that paralysed court proceedings.

“Throughout that period of the (JUSUN) strike, I was doing my administrative work, and other judges actually delivered judgements by virtual means. So, it was not as if during the strike judges were sleeping or idling away.”

JUSUN members had on April 6 shut down courts across the country for at least 64 days to press for the financial independence of the judiciary.

Earlier in 2020, despite losing months to COVID-19 lockdown in 2020, Nigerian judges still took their two months’ vacation for the year.

While initially opposing JUSUN’s decision to embark on strike in April, the President of the Nigerian Bar Association (NBA), Olumide Akpata, noted that Nigerian courts “are trying to play catch-up for lost time” as a result of the “prolonged lull in judicial activities owing to the Covid-19 pandemic and the enforced lockdowns”.

But despite this, many Nigerian judges are going to take another two months break from July to September. In the end, they will be taking four months off work for 2021.