“So, we applaud the fact that the Chief Justice of Nigeria (CJN) at this point in time is taking this proactive measure, firstly, to send a clear signal, to the chief judges, that it should not be business as usual,” he noted. 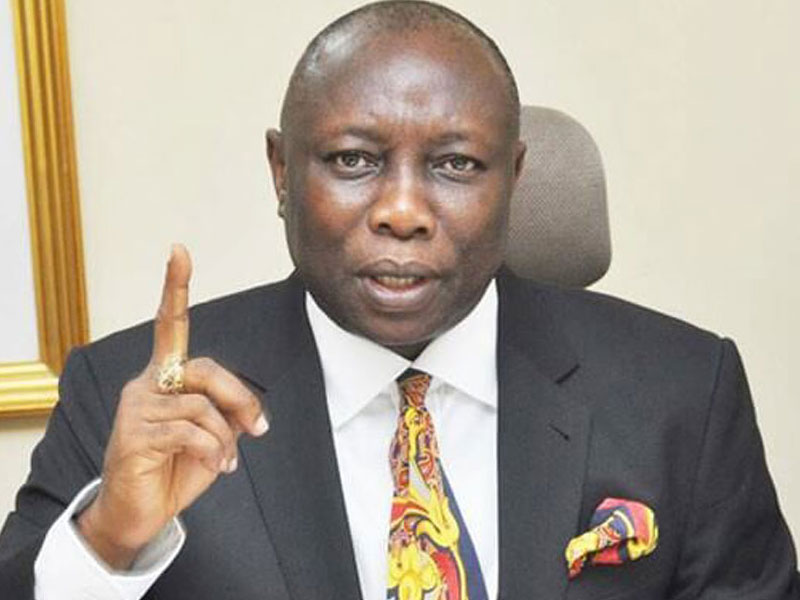 A former Director General of the Nigerian Institute of Advanced Legal Studies (NIALS), Prof. Epiphany Azinge (SAN), has argued that given the horde of information in the public space, no judge can claim not to be aware of orders given by courts of coordinate jurisdictions in the country.

Speaking against the backdrop of the incessant use of exparte motions by the country’s judiciary, Azinge explained that although the phenomenon was not against the law, its abuse remains a major challenge for the country.

The senior lawyer who appeared on Arise News Channel, THISDAY’s broadcast arm, called on the National Judicial Institute (NJI) to initiate programmes to educate judges, especially junior ones, on the deployment of exparte motions to avoid embarrassing the judiciary.

He stressed that with the availability of social media, it is almost impossible not to be aware of what is happening across the country, especially on very critical national issues.

“What obviously is the issue is when there is, so to speak, an abuse of that process, either for political reasons or otherwise. And that’s where we feel that we have a problem.

“And obviously, we are aware of the developments up and down the country bordering on forum shopping. And to that extent, if we allow things to linger, certainly, we’ll come to the stage where obviously the country can grind to a halt.

“So, we applaud the fact that the Chief Justice of Nigeria (CJN) at this point in time is taking this proactive measure, firstly, to send a clear signal, to the chief judges, that it should not be business as usual,” he noted.

He recalled that historically, exparte motions were partly responsible for the demise of the Ernest Shonekan-led interim government, warning that Nigeria must not allow the practice to destroy the foundation of the judiciary.

But he cautioned that the CJN must draw a line and create a delicate balance, so that it doesn’t appear that he is superintending or supervising other courts, for the sake of the independence of the judiciary.

“It is far-reaching it to the extent that the chief judge of the state is autonomous to a very large extent in as much as we concede that the chairman of the NJC, the Chief Justice of Nigeria, acting in that capacity, can wield the big stick, not in his capacity of the Chief Justice of Nigeria, but in his capacity as the chairman of the NJC.

“I believe that by now, the National judicial Institute (NJI) should be putting out a programme for retraining of some of the judges, as far as this issue is concerned,” he advised.

He advised that next time, there might be the need to appoint much more experienced judges as vacation judges, so that Nigeria would not be confronted by this abnormally, especially on political matters.

“And you ask yourself, what could be the allocutus. Some of them may argue, with a lot of benefits that they never heard of the order from Port Harcourt or Kebbi as the case may be.

“But even at that, the benefit of the doubt should be given to them to an extent, in the sense that the judiciary should now be thinking of how to harmonise information flow and communication flow amongst the judicial arms.

He urged the judiciary not to allow itself to be used and make a decision to stop the abuse of ex parte orders, adding that it might be important to warn erring judges rather than make scapegoats of them.

“The disciplinary measures are there, but I wouldn’t think that it will be something as drastic, as anybody will think. A warning will suffice at this point in time,” he suggested.