The newly appointed Company Secretary brings on board a wealth of experience as a senior legal adviser with extensive knowledge of the banking industry. 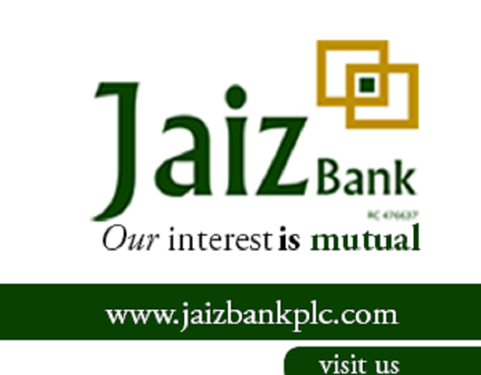 The board and management of Jaiz Bank Plc have notified the Nigerian Exchange Limited (NGX), its shareholders and all relevant stakeholders, of the appointment of a new Company Secretary in the person of Mr. Shehu Mohammed.

In a notice dated 7th October, 2021 and signed by an Executive Director of the Bank in charge of its Business Development in North, Sirajo Salisu, the Non-interest bank announced that Mr. Mohammed will also serve as its Legal Adviser.

The newly appointed Company Secretary brings on board a wealth of experience as a senior legal adviser with extensive knowledge of the banking industry.

Shehu Mohammed is an experienced legal practitioner with over 25 years’ experience. His areas of technical competence include but not limited to; litigation management, company secretariat functions, corporate governance, among others.

In addition, he has attended many relevant trainings including but not limited to the Anti-Money Laundering and Drug Abuse, Securities and Credit Documentation, among others.

In conclusion, the Board and Management of the Bank wished him all the best on his new role.