The last five or so weeks have seen Sagay shout “blue murder!” regarding his party’s crass display of character deficit in the handling of certain matters of morality and ethics. Until Sagay empirically concludes that Buhari is serious with his self-professed democratic and moral conceit will he be ideologically entitled to give up hope of a search for a proper political platform or sanctuary. 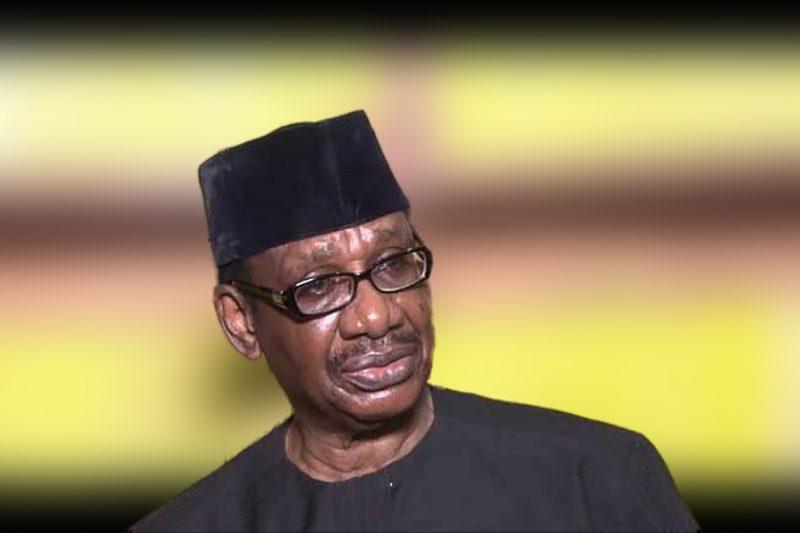 It remained to be seen how Sagay who is steeped in straightforward dealings, deep reflections, insightful responses to situations, and considered examination of issues were going to cope among a bunch of self-serving, self-loving moguls. It is difficult to imagine how Sagay who is introspective and intolerant of sloppiness could be drawn inexorably into a college of insensitive and intellectually ill-clad misanthropes. To the extent that his colleagues in the office will be kind to sustain his opinion, so will the situation be bearable or ameliorated. There often will be a reason to offend his moral, social, and intellectual sensibilities.

The last five or so weeks have seen Sagay shout “blue murder!” regarding his party’s crass display of character deficit in the handling of certain matters of morality and ethics. Until Sagay empirically concludes that Buhari is serious with his self-professed democratic and moral conceit will he be ideologically entitled to give up hope of a search for a proper political platform or sanctuary. Sagay’s unwavering faith in the civilising force of law, democracy, and morality has thankfully given him little sympathy for the shenanigans of the political nest he is hibernating in at the moment. There is happily a refreshing recrudescence of the time-honoured position for which Sagay stood in those halcyon days. It was believed then that great and solemn values must be held above the passing gusts of momentary sentiment. Sagay had fulminated against the tendency of shifting compromises. His comments on issues of the time were sharp, frequent, and uncompromising on the side of logic, policy, and truth. It is heart-warming to observe Sagay again in his old mould as he refused to spare his constituency, the APC, even as in reality the waters run deep. He has decried the critical absence of discipline, order, and ethics in the party’s poaching of members of the opposition party who have been alleged to be insensately corrupt, ontologically different in attitude, phylum, and essence from the APC, completely bereft of ideas and insouciant too. Sagay has described the party leadership as “weak and unprincipled” A most unprincipled group of people are encouraging and accepting rogues into the party, Sagay had charged. By “rogues”, he was not restricting its meaning to thieving or larceny but extended it to “people who are running riot and destroying the party”. His explanation may have befuddled his intent or may have been deliberately positioned to mollify the severity of his censure.

To the extent that his party, the APC, is the other side of the coin regarding its major rival, the PDP, Sagay has merely drawn a red herring. The APC is and has been, since its formation a coalition of several groups with inconsistent aims and interests: those whose objective is to continue to remain relevant or in power, and those whose aim is to merely tinker with the present structure of society and present the people with a meretricious “Change!” agenda. All the groups self-gratifyingly refer to themselves as progressives and democrats. Their existence, their incompatibility, and the predominance of right-wing nihilists among them have combined to produce for Nigeria the present state of anomie manifesting itself in the tension among the many trends we can see.

The proper place of a progressive political party is in the championship of enhanced freedom, the promotion of liberty, and the liberalisation of the ownership of all the means of production, distribution, and exchange. The APC under Buhari has steadied itself in an organic relationship with feudalism, has mismanaged our diversity, misrepresented the structure of the Nigerian society, has enacted discriminatory legislation and has proposed a penal tax regime. The country is being driven unrelentingly along the path of incomprehensible centralised federalism. The social and economic consequences of these tendencies are not exactly conducive to prosperity, growth, or industrial efficiency.

Going by his pedigree or trajectory, the place of Sagay is not in the gothic explanation or the obscure theorising of the personal disagreement among persons who are birds of the same feather and who necessarily flock together or cohere to the detriment or mandarin exploitation of the people’s mandate. Sagay’s hallowed office is in the vigorous advocacy or the unyielding promotion of the canons of the radical transformation or re-minting of Nigeria. Many have failed to understand the radical desiderata which the political conditions of 21st century Nigeria impose on persons of liberal outlook, Sagay thankfully cannot be counted among them.

Rotimi-John, a lawyer and commentator on public affairs