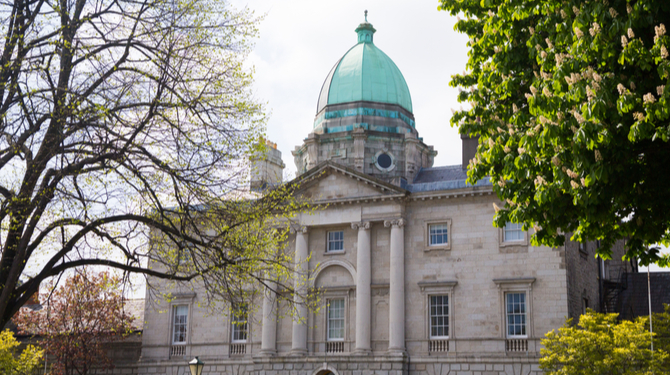 TMLOctober 10, 2021 0
An array of organisations across the legal sector in Ireland have joined forces to create a community support model to aid Afghan lawyers and their families following the ascendancy of the Taliban regime in August.

Together, the organisations will provide a ‘pathway’ for colleagues to provide support across three key areas: housing and accommodation, funding and collegiate support, according to the Law Society of Ireland.

Under the ‘community sponsorship’ model, which is currently in place in Ireland for those arriving from Afghanistan from the journalism and professional athletic communities, lawyers are encouraged to ‘wrap around’ individuals and their families arriving in the receiving state who share a common profession by registering availability of own-door housing.

The sector-wide appeal submitted in tandem by the various organisations today requests offers of appropriate accommodation for a period of 12 months to cater for up to 11 families who are currently fleeing Afghanistan.

Meanwhile, a separate ‘Justice Community Support Fund’ has been set up and will be accepting pledges to assist with the implementation of the initiative as it relates to housing, schooling and the wider integration process of those fleeing Afghanistan, the Law Society of Ireland said.

“The plight of women judges in Afghanistan is one that requires all of us to do what we can to help those affected as much as possible,” said Judge Elizabeth Dunne, chair of the Irish Chapter of the International Association of Women Judges. “Therefore, we call on our colleagues who can be of assistance to respond to our request for help as soon as possible.”

Maura McNally SC, chair of the Bar of Ireland, added: “Those affected are our colleagues, whose increased risk is premised on their gender. Their fundamental human rights need protection and that is reason enough to engage with this vital and necessary initiative.”

According to data published by the Afghan Ministry of Justice in 2019, women represented 21% of the Afghanistan Independent Bar Association, which had advocated for women’s advancement in the justice sector with support from the International Bar Association and other bar groups. The danger posed to the previous regime’s 250 women judges was underlined in January when two women members of Supreme Court were assassinated.

The legal community in Ireland is taking a collective stand in solidarity with our colleagues from Afghanistan,” added James Cahill, president of the Law Society of Ireland.

“Despite the enormous challenges faced in recent months, I am confident that a warm welcome awaits these judges and their families. I encourage colleagues to respond to this urgent and important call to action.”