[INTERVIEW] What CJN Must Do To Rescue Judiciary –Fusika, SAN 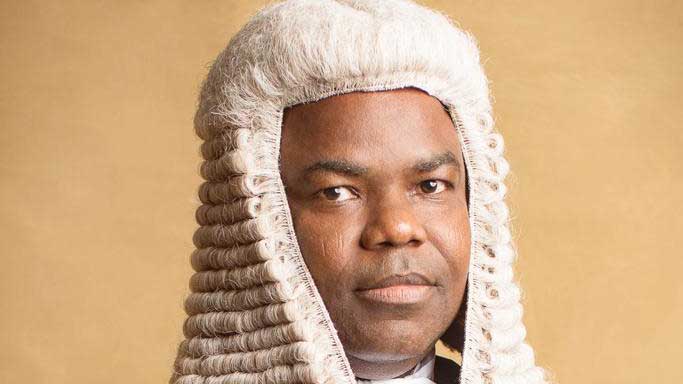 Senior Advocate of Nigeria (SAN), Adeyinka Olumide Fusika, has decried what he called ‘Trafficking in Political Judgement’ by some senior members of the Bar and Bench. He urged the Chief Justice of Nigeria (CJN) to do the needful and weed out erring judges from the system to save the judiciary. He also spoke on other national issues

As the Anambra State governorship election approaches, we have seen courts of equal jurisdiction give conflicting judgements in the same case, what do you say to that?

In Nigeria, politics has become an industry where people go in to amass wealth and nobody will question the source. In the same way, political litigation has become a sub-industry of politics. In this sub-industry, they don’t practise law; the judges, lawyers and politicians traffic in political judgements. So, when people say conflicting judgements they are only trying to give an incident situation a veil of decency. What they are doing is buying and selling judgements. What happens is that when you get a judgement in Enugu for instance, because I know you purchased it based on your influence, I will go to a place where I have influence and purchase my own. But, we can’t allow this to go on. The Chief Justice of Nigeria (CJN) has stepped into the matter and we are waiting to see what will happen. The CJN must put his feet down and ensure that all those found wanting are removed from the system. The election is taking place in Anambra State and somebody goes to Zamfara State to get a judgement? Zamfara does not even have the jurisdiction to give any order not to talk of a conflicting one. The CJN must not allow the judiciary handed over to him by his predecessors’ collapse on his head. If we allow this to go on, there may not be elections in 2023 because there are judges who are ready to be purchased to give one judgement or the other that will make elections impossible.

Bandits recently attacked the Nigerian Defence Academy (NDA) in Kaduna, how do you see that, is it a sign of worsening insecurity?

The attack on the NDA should not be seen as indicative of worsening insecurity because for a very long time now, travelling by road between Abuja and Kaduna has become very dangerous. It should be surprising because in Kaduna State alone, we have the presence of almost all our military institutions; apart from the NDA, we also have the Command and Staff College and the 1st Division Headquarters of the Nigeria Army. It is surprising that despite the heavy military presence in that region, it is impossible to travel from Abuja to Kaduna by road. It is only now that they attacked the NDA that there is a lot of hullabaloos as if there is anything extraordinary about it. Schools in the Northern parts of Nigeria have been closed, has Boko Haram not achieved their objective of no Western education with that? That shows the dire situation we are in and unless we unite to address this problem, it will get worse. People in the South should not think they are ‘safe’ because their children still go to school. This thing started in Borno State but now it has spread virtually to all the states in the North. We should not wait till it gets to the South before we wake up to reality.

It would seem that the military option has not won this war against insurgency all these years it has raged; the Federal Government has also said it will no longer negotiate, what is the way out?

I think the government is still negotiating with the bandits and terrorists. Repentant Boko Haram are being rehabilitated, reintegrated into society and are being recruited into the military and police, that is negotiation. Sheikh Abubakar Gumi has been negotiating with bandits and he goes there with security personnel. We have read stories of bandits who surrendered their guns and were given some money, so negotiation has not stopped. Something is going on that we don’t know. I doubt that there is sincerity in using the military resources we have to tackle insecurity. We are also too divided, North / South, Christian / Muslim; remember that Sheikh Gumi had told bandits in Tegina forest that it was non-Muslim soldiers that were killing them. The then Chief of Army Staff, Ibrahim Attahiru had to issue a statement condemning Gumi. There may be people in government who do not want Nigeria to survive; there may be businessmen in the military benefiting from the situation, those that handle contracts to purchase arms and therefore don’t want the insurgency to end; there could also be elements of lack of patriotism where soldiers say they can’t die for Nigeria.

These so-called bandits shot down an Air Force jet, killed hundreds of thousands of people, attacked the NDA, yet the Federal Government has not declared them terrorists just like they did to IPOB and Sunday Igboho; does that not amount to double standard?

It is not just IPOB and Sunday Igboho alone. Look at what happened during the EndSARS; youths gathered at Lekki toll gate to protest peacefully and soldiers were sent to attack them. I don’t know of any democracy where people can’t protest; protest is part of every democracy provided you are not violent. The government keeps saying they don’t have the manpower to fight Boko Haram and the bandits but if you go around Nigeria, you will see armed soldiers and policemen doing odd jobs like providing escort to 419ers and carrying bags for wives of politicians. We did not recruit people into our armed forces and trained them with our money so that they will become houseboys and house-girls to politicians’ wives. The government likes to come in like a bully whenever they see unarmed mass gathering but they won’t go after armed bandits that shot down an Air Force jet, attacked the NDA and other military formations, I don’t know if they are saying that those are not a problem.

Why do the police insist on people obtaining a permit before a mass gathering if people have the right to protest?

The truth is that the Nigerian ruling class know they have not done well and they are nervous because the slightest uproar can lead to consequences they can’t handle. They know that a protest is a challenge to their ability to rule. As individuals, we can only stay in our room and grumble but when we come out as a group of like-minds, we can shake the government. Remember what happened during President Goodluck Jonathan’s time with the fuel price increase protest at Ojota; they were unarmed and it was non-violent, but we saw the implication. These people in government now supported and benefited from that protest. Even though the courts have said severally that you don’t need a police permit to protest, the government insists on a permit because they are afraid, they are standing on feet of clay.

Repentant terrorists are being rehabilitated and released back into the society, what do you say about that?

It is tribalism, sectionalism and not being sensitive that brought that up; they think that Boko Haram should be treated like Niger Delta militants. President Umaru Yar’Adua was smart with Niger Delta militants because they were blowing up crude oil pipelines; so to ensure that the economic jugular of Nigeria will not be punctured, the militants were given charge of protecting the pipelines. Some of them were sent for training to learn a trade and to some extent, we have not heard of attacks on oil pipelines again. What is Boko Haram or the bandits protesting about? All this time they have been rehabilitating Boko Haram, has it stopped? It is because people cannot see beyond their ethnic blindness that they equate Boko Haram with Niger Delta militants. The bandits are even worse than Boko Haram, Boko Haram believes that the current system is bad and can be made better under Islamic laws, but the bandits are just criminals.

The Federal High Court in Rivers State recently ruled that VAT should be collected by the state government and not the federal, what do you say to that?