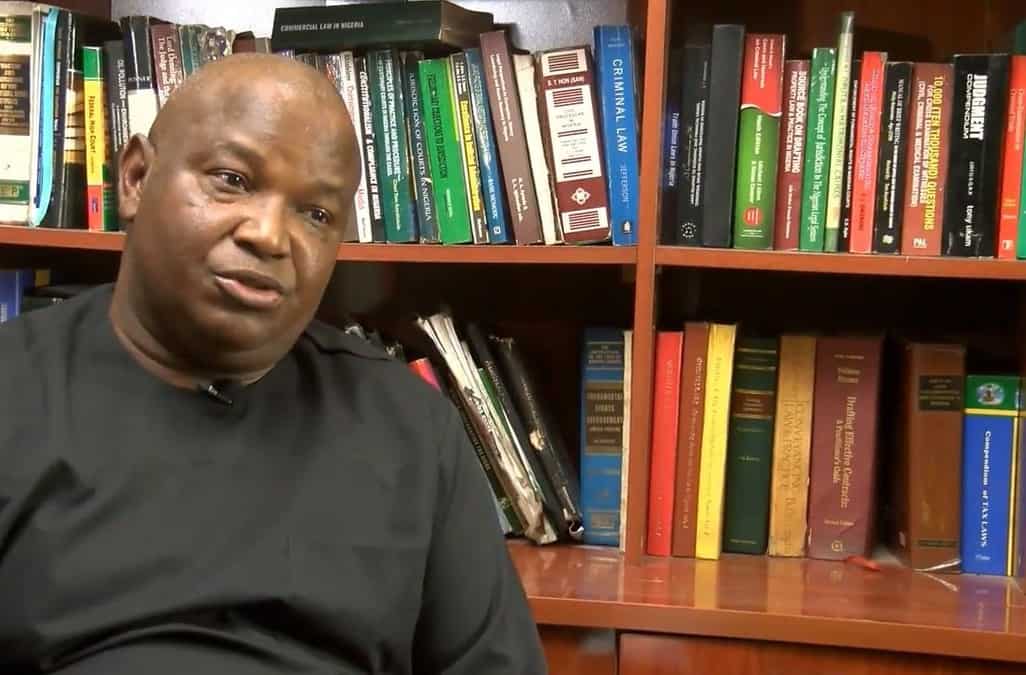 A Senior Advocate of Nigeria, Wahab Shittu, in this interview speaks on some of these judiciary controversies in 2022 and proffered some recommendations to address the menace

The judiciary in 2022 was involved in a lot of drama and controversies, how would you assess its performance amid all the drama?

The year 2022 revealed that there is still much room for improvement in the judiciary for it to function perfectly as the third arm of government as directed by the constitution. Some of the controversies in 2022 involved the retirement of the CJN and the corruption accusations against him, lawyers fighting and looting at the annual bar conference, the reinstatement of Justice Ajumogobia and prominently, the controversy between the chairman of the Body of Benchers, Chief Wole Olanipekun and the call by the Nigerian Bar Association for him to recuse himself of his duties as the chairman of the Body of Benchers in view of a letter written by an erstwhile partner in his firm.

Fortunately, the administration of justice remained constant in the face of internal controversies. Although not perfect, the consistency remains. However, a major concern will be the further distortion of the image of the judiciary that every stakeholder in the justice system is struggling to maintain. The events of 2022 were disparaging to the judiciary and should be addressed sternly to prevent a reoccurrence as failure to address it will erode public trust in the judiciary. I believe, the resolution of such issues lies in strengthening our various in-house mechanisms and self-disciplinary measures without necessarily resorting to social media. What is required is self-cleansing and activating our regulatory punishment framework to enthrone a regime of consequences for infractions.

While the controversies existed the judiciary still maintained a united front in promoting justice, I maintain that the judiciary has so much work to do in repairing its image but they have performed fairly well to still retain the faith of the populace. All components/stakeholders of the judiciary have to maintain a united front not only externally but internally and I also commend them for the consistency in the administration of justice.

The issue of financial autonomy and better welfare for judicial officers dominated the discussion throughout last year, Executive Order 10, which was designed to force state governments to obey the law, was shot down by the court itself, what can be done to tackle these fundamental issues?

The Supreme Court relying on its previous decisions in AG FEDERATION V. AG ABIA, AG BENDEL STATE AND AG FEDERATION & ORS (1982) 3 NCLR 1 AND AG LAGOS STATE V. AG FEDERATION (2004) 18 NWLR PT 904)1 resolved the issue by holding that the amount in the Federation Account is public revenue which accrues to the federal, state and local governments in each state. The amount or any portion thereof due to the state governments on being mandatorily distributed to them ceases to be retained by the Federal Government on behalf of the beneficiary state. The Supreme Court held that the President by issuing Executive Order No 00-10 of 2020, which empowers the Accountant-General of the Federation to deduct from the allocations due to a state in the federation account overstepped his constitutional powers.

While the judiciary clamours for financial autonomy, it also advocates that it is done in line with the constitution.

The financial autonomy of the judiciary is not a new concept as it is already entrenched in the 1999 CFRN. Sections 162(9), 81(3) and 84 all provide for the financial autonomy of the judiciary. However, what remains to be done is the implementation of these provisions as the executive is required to desist from usurping the powers in the provisions of the constitution. The practice of allocating funds to the judiciary should be directly from the federation account through the NJC and finally, to the Heads of the Courts and not through the states’ ministries of finance which is the prevalent practice. The executive should therefore not dictate how the judiciary should be funded. It only behoves on the executive to implement the provisions of the constitution instead of acting ultra vires.

Also in 2022 just like in other years before it, both the bench and the bar organised conferences and seminars to decide records of the administration of justice in Nigeria but no concrete step was taken to implement recommendations, why is this the case year in and year out?

Implementation of policies has always been a problem in Nigeria and unfortunately, the area of administration of Justice is not an exemption, this trend must not be allowed to continue. Stakeholders should insist on walking the talk by ensuring well-thought-out recommendations are implemented. One way of ensuring this is to inaugurate ad-hoc committees charged with the responsibility of mapping out recommendations for the enforcement of resolutions agreed upon in such seminars and conferences. NBA should not be seen just as a talk shop but as a serious-minded body committed to the implementation of viable reforms for the effective and efficient administration of justice delivery.

2023 is an election year and it comes with serious pressure on judges from politicians, who are often aided by their lawyers, what can be done to shield them from being corrupted and do you think the bar is doing enough to discipline its members involved?

The issue of pressure on judges from politicians during an election year has been raised by the CJN, Olukayode Ariwoola during his swearing-in. In his words, he said “Politicians should allow the judiciary to function. Law is not static and that’s why you have seen that the National Assembly continues to amend the laws and it is the laws that the courts apply to the facts available. We shall continue to do justice if only Nigerians will allow us to perform and function without any pressure.”

We cannot agree less with the CJN. This shows that the issue is a serious one and given the current situation as the national elections draw near, the issue raised by the CJN cannot be ignored.

What can be done to shield them from being corrupted?

Well, several things can be done, first is an improvement on the electoral system and conduct of credible elections. If elections are well conducted in a free and fair manner, the volume of election petitions will be drastically reduced or non-existent at all. But can we say we conduct free and fair elections in Nigeria? Another thing that can be done is educating the politicians on the need to accept the outcome of election results. Justice Zainab Bulkachuwa had previously lamented that: ‘no matter how well elections are conducted, there are bound to be complaints. Our system is characterised by the unwillingness or outright refusal by politicians to accept electoral outcomes and this needs to change and the only way to change it is by conducting free and fair elections in the first place.

One other way is to ensure that those entrusted to preside over election-related cases are credible and seen to be so. There should be a mechanism for regular supervision and monitoring of the activities of each tribunal, NJC should be willing and ready to activate disciplinary measures for proven cases of infractions. The bar should also assist by being transparent and proactive in dealing with tribunals as counsel and reporting cases of infractions with documentary proof. While it is necessary to ensure the sanity of the process, judicial officers ought not to be unjustifiably maligned for selfish motives merely for discharging their judicial functions without fear or favour.

On the issue of whether the bar is doing enough to discipline its members; even the former president of the bar, Mr Olumide Akpata SAN, expressed concern over the declining capacity of the Legal Practitioners Disciplinary Committee (LDPC) to effectively deal with cases of unethical conduct among lawyers in the country. This is to say that there remains a question mark over the discipline of legal practitioners. The body responsible for the discipline of Legal Practitioners in Nigeria is the LPDC, which is a committee that is constituted by the Body of Benchers. In other words, it is the responsibility of the Body of Benchers to ensure that the LPDC has more panels and that the process is more efficient. I think it is fair to state that this is a stakeholders’ problem and must be addressed as such for meaningful results to be achieved. The rules of professional ethics must be religiously applied to deter erring practitioners and forestall violations.

What are your expectations for the new year in terms of justice delivery?

As usual, I expect a strong, reliable, efficient, and effective justice delivery in 2023. With the election around the corner, the judiciary is going to have a busy year but I do not doubt that the judiciary is up to the task ahead. I expect cases to be promptly and speedily determined to ensure justice is not only done but seen to be done. I expect more quality-driven appointments in the justice sector in all spheres. There is also a need for increased budgetary allocation to the justice sector and enhanced welfare packages for judicial officers at all levels. We need to enlist more tools, renovation and technology in the justice sector and ensure overall critical infrastructure and equipment to facilitate justice delivery. We need to build more courtrooms and refurbish and renovate existing ones. We need to make deliberate efforts to address congestion in court dockets. We also need to invest more in the training and retraining of judicial officers. Above all, we need to reduce perceived incidents of corruption to the barest minimum by punishing violators with stiff consequences. The administration of justice must take advantage of planning, implementation, reforms, supervision, evaluation, monitoring, assessment and reassessment to enhance quality and excellence.