A Lagos-based human rights lawyer, Malcolm Omirhobo, has sued the Nigerian government over the country's membership of the Organisation of Islamic Cooperation (OIC). 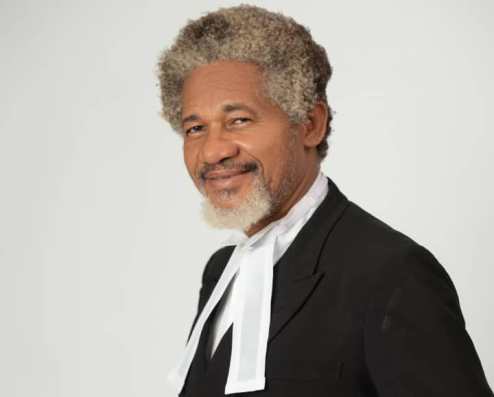 A Lagos-based human rights lawyer, Malcolm Omirhobo, has sued the Nigerian government over the country’s membership of the Organisation of Islamic Cooperation (OIC).

He asked the court to declare the membership illegal and terminate Nigeria’s association with the OIC.

Omirhobo also asked the court to restrain the Nigerian government from funding Nigeria’s membership of the organisation from the public purse.

The issue for determination raised in the suit is whether Sections 1(1), 10, and 42 (1) (a) (b) of the 1999 Nigerian Constitution (as amended) make it constitutional for the government to use public funds and the commonwealth of Nigerians to fund her membership of the OIC.

The lawyer also prayed the court to declare that the Nigerian government, the 36 states, and the federal capital territory will not adopt any religion as a state religion.

He sought for “a declaration of this honourable court that the OIC is not a secular global organisation like the United Nations, ECOWAS and the AU, but an Islamic body established to promote, protect and preserve Islamic interests and values for the benefit of Muslims worldwide.

“A declaration that Nigeria’s membership of the OIC, which is being funded, sustained, managed and run with public funds and/or the commonwealth of Nigerians by the 1st defendant is the adoption of Islam as the official religion of Nigeria and therefore improper, illegal, unlawful and unconstitutional.

“A declaration that Nigeria’s membership of the OIC with public funds is to the advantage, pride, prestige and privilege of Nigerian Muslims to the disadvantage, restriction and disabilities of Nigerians of other religions and therefore discriminatory, improper, illegal, unlawful and unconstitutional.”

In his affidavits supporting the application, Omirhobo said Nigeria is a multi-religious state.

Thus, he said Nigeria’s membership of the OIC will represent the country as an Islamic state in the international community, instead of a secular state.

A date is yet to be fixed for the suit filed before a Federal High Court in Abuja.