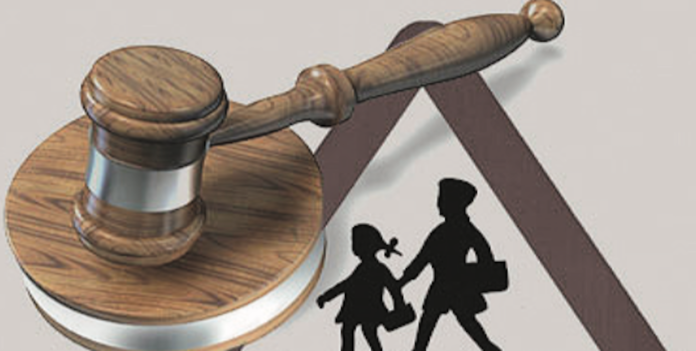 How To Lawfully Adopt A Child In Nigeria

This article by Onyekachi Umah is a practical step by step guide on how to adopt a child lawfully in the Federal Capital Territory, Abuja. He affirms that similar steps can be followed, in the States that have domesticated the Child Rights Act; and advises that a child in Nigeria cannot be lawfully adopted through mere religious, traditional, customary or communal processes, but rather through the lawful and legal processes created by law, lest the law could see such unlawful adoption as kidnapping or child trafficking

Yes, not all child adoptions are lawful. Adopting a child without adherence to the law is kidnapping and child trafficking, and all persons involved are to be prosecuted in court by the National Agency for the Prohibition of Trafficking in Persons (NAPTIP) or other law enforcement agencies. There are many reasons for a child to be adopted (taken in and cared for) by persons who are not his/her biological parents. From the desire to have a child, the need to care for a lonely child, to the desire to obtain extra pay from the employer and to commence migration; adoption is common in Nigeria. Whatever the reasons for child adoption, there cannot be a lawful adoption without strict adherence to the lawful processes and procedures for adoption in Nigeria.

Religion, tradition, customs, and private arrangements are among the many issues that affect the adoption of children in Nigeria. However, the Child’s Right Act and the Child’s Right Laws across States in Nigeria, ensure the adoption of a child in Nigeria is done lawfully and legally. Hence, a child in Nigeria cannot be lawfully adopted through mere religious, traditional, customary or communal processes, but rather, through the lawful and legal processes created by law in the best interest of the child. Adopting a child through religious, traditional, customary or communal processes and private arrangements often leaves Adopters, adopted children and their Parents without any legal authority, aside from possible cases of child trafficking.

This work focuses on the practical steps to take, in the lawful adoption of a child in Nigeria. It reveals in brief, how to lawfully adopt a child in Nigeria. The steps, processes and procedures discussed in this work are as practiced in Abuja, the Federal Capital Territory (and they are similar to what is obtainable across States in Nigeria). It is important to note that, there are States without a Child Rights Law and that such States have also refused to be bound by the Federal law (the Child’s Right Act), hence lawful child adoption in such States is outside the processes discussed in this work.

Steps to Lawfully Adopt a Child

2. Get the necessary Forms and requirements from the District Family Court Division. The Form (Request for Adoption/Fostering in FCT) has unique varying numbers, so copies of the Form are not acceptable.

3. Complete the Form (Request for Adoption/Fostering in FCT). The Form will request for the following information: the Name of Adopter, Date of birth, Occupation, Marital Status, Religion, Highest Education, Purpose of adoption, details of the child sought to be adopted (Age, Health and Education), Official address of the Adopter, Residential address of the Adopter, Telephone Number, Preferred age of the child sought to be adopted (Adoptee), Duration of adoption, Whether the Adoptee will be considered in a WILL, Description of culture on adoption, Passport Photograph and any other information that may assist the adoption process.

4. The Completed Form (Request for Adoption/Fostering in FCT) must be accompanied by the following documents;
a. A hand-written application for Adoption/Fostering
b. Two recent passport-size photographs
c. Photocopy of Birth Certificate or Age declaration
d. Marriage certificate (for married Parents)
e. Medical Certificate of fitness (Original Copy)
f. Letter of consent(s)
g. Evidence of indigenouship (from LGA or state Liaison Office)
h. Evidence of income
i. Three referees
j. Court Affidavit (if any)

5. Submit the Form (Request for Adoption/Fostering in FCT) and the accompanying documents at the FCT Social Development Secretariat, located at Area 3, Abuja, FCT.
6. The application will be transferred to the Director, Gender Development Department (Child Welfare Division), who will organise a physical inspection of the Applicant’s address. The address may be in any part of Nigeria. The Applicant here, is the person (persons) seeking to adopt a child.

7. The Director (Child Welfare Division) will also have separate interviews with the Applicant (the person/persons seeking to adopt a child), the Adoptee (the child sought to be adopted) and the parents of the Adoptee.

8. After the inspection of the address and the interviews, if the reports are satisfactory, the application will be transferred to the Legal Department, and a Lawyer in the department will be appointed by the Department to move an application for adoption before the District Family Court (often sitting at the popular Magistrates Court).

11. If the application is successful, an order of court will be enrolled and issued to the Applicant, who must sign an undertaking before the court.

12. The order of the court is a certificate and proof of adoption.

13. There are often several payments involved in the entire child adoption process (both receipted and un-receipted payments).

Child adoption is a lawful act in Nigeria, when done lawfully and legally. Adopting a child without adhering to the provisions of the law can be kidnapping, human trafficking and a mere waste of time. The procedures discussed above are the lawful processes for the adoption of a child in Abuja, the Federal Capital Territory and very similar with that of other parts of Nigeria.

Barrister Ifeanyi Ejiofor, the lead counsel to detained leader of Indigenous People of Biafra, IPOB has demanded investigation of the visit of former governor of ... Read More

The Minister of State for Labour and Employment, Festus Keyamo, says there's nothing to stop security agents from raiding the homes of judicial officers, as ... Read More

The Kaduna State government on Monday announced that it will commence the transition to a four-day working week from December 1, 2021. The move, which ... Read More

Four of the newly inaugurated judges Federal Capital Territory are children of serving and retired judges in the country while one other is the sibling ... Read More