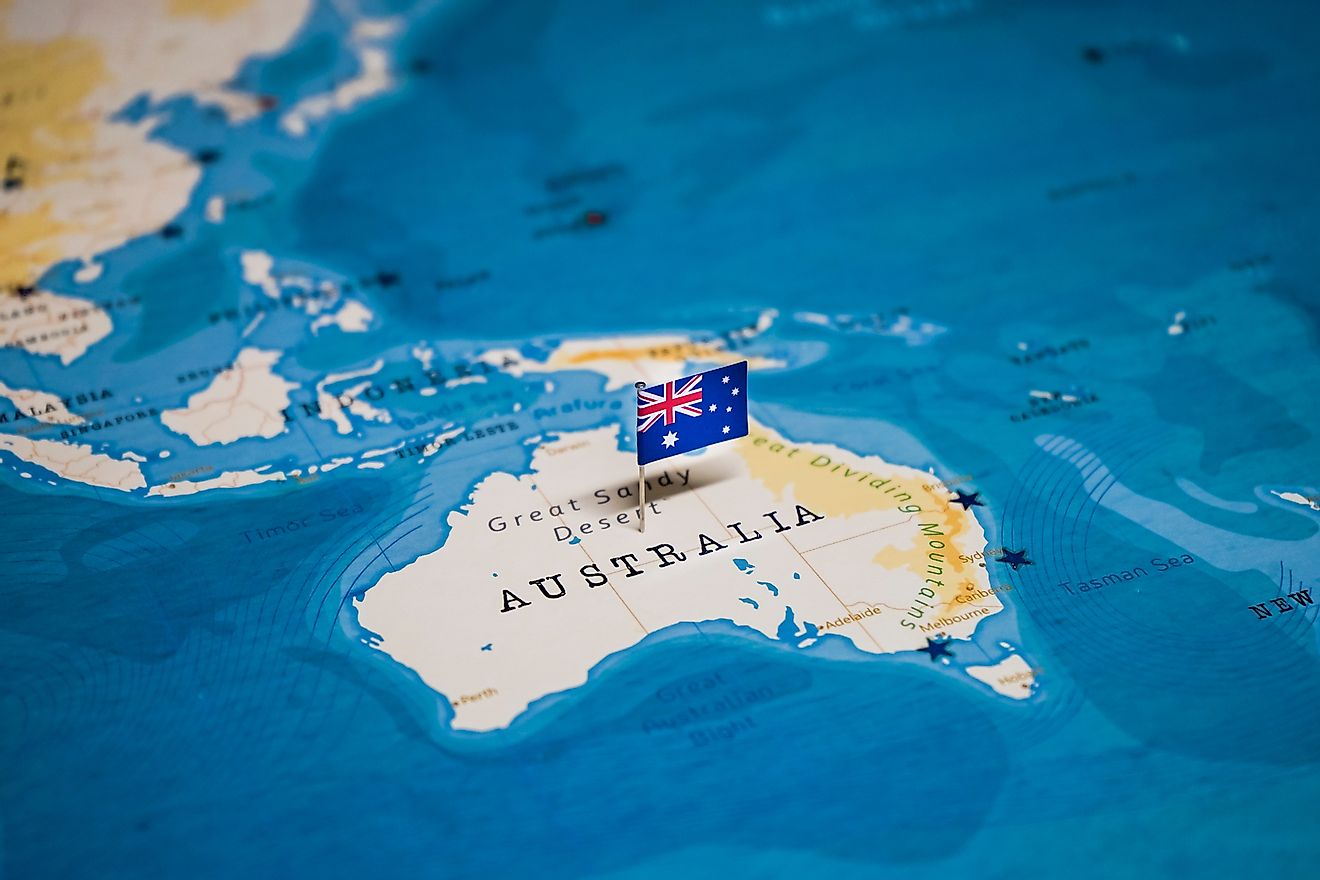 On 17 July 2020, the Australian Taxation Office (ATO) released the statistics report on the average income based on occupation (and state) for income year 2017/18.

The 2017/18 ATO report was based upon millions of 2018 income tax returns in respect to millions of individuals, and hundreds of thousands of corporations.

In a nutshell, the report revealed the top paying jobs or occupations in Australia, and in each State and Territory.

The report also revealed the gender gap in income between males and females for certain occupations.

LAWYER SALARY AUSTRALIA – HOW MUCH DOES A LAWYER EARN IN AUSTRALIA?

Lawyers include solicitors, barristers, Magistrates and Judges in Australia.

BARRISTER SALARY AUSTRALIA- HOW MUCH DOES A BARRISTER EARN IN AUSTRALIA?

How much do barristers make and what is the salary of a barrister? Below is a table outlining the average income of barristers based on gender.

It also shows that in the same year, female barristers are getting paid much less than male barristers, creating a significant gender inequality.

Top 3 Jobs Where Females Get Paid More than Males

The below is an outline on the top 3 jobs that females are dominating in with a higher yearly average income than males in the financial year 2017/18.

Average Income Across Males and Females

The below table outlines the average income and median income across males and females between financial years 2016/17 and 2017/18.

Average and Median Pay Across Male and Female

The Highest Paying Areas in Each State and Territory

The following outlines the highest average earning area or postcode in each of Australia’s States and Territories for 2017/18 financial year.

What are the Sources of Personal Income?

For the financial year 2016/17, 13.7 million people submitted their tax returns. From this, the aggregate person income was $856.2 billion.

Income as an employee was the largest contributor to the total income, being 87.2%, which had reduced from 87.6% the year prior.

76.9% of those people received income as an employee, as their main income course. This was an increase from the year prior (76.7%). Employee income is considered their main source of pay.

The largest income source was also employee income- it had a median of $49,083. This was an increase from the previous year (by 1.4%).

The second highest income source was income derived from superannuation. This income source had a median of $20,669 (being a 3.7% increase from the previous year).

What’s the Statistics on Jobs and Employment in Australia?

The Australian Bureau of Statistics (ABS) reveal that in 2016/17 financial year, 19.2 million people had ‘job relationships’.

In the same financial year 2016/17, the ABS outline that the highest employee jobs were people in the age bracket 25 to 29, comprising 2.6 million roles. Amongst this group, males held 52.2% of the jobs, while females held a little less at 47.8%.

Which Industries Have the Most Jobs?

For the financial year 2016/17, the following industries hold the highest number of jobs in Australia, by order from first to last.

Top 5 industries with the most jobs

Have a question? Ask our award winning team of Sydney criminal lawyers in Sydney, we offer free consultations.

Below are the answers to some of the most common and interesting questions.

HOW DO I KNOW WHAT TYPE OF LAWYER I NEED?

The type of lawyer you will need will depend on the type of legal issue you’re faced with.

For example, if you live in Sydney, and you’re facing a criminal charge, you’ll need to get in touch with experienced Sydney criminal lawyers.

Some people often go straight to a general lawyer.

A general lawyer is similar to a GP doctor, where the GP will have general expertise and knowledge, but for something more complex, you will be referred to a specialist. This concept also applies to lawyers.

Some lawyers practice across all or most areas of law, including property, family law, commercial law, traffic and criminal law.

However, other lawyers specialise only in one or two areas of law. Those who specialise only in a particular area of law, such as criminal law will most likely have the most amount of knowledge and skill in that area. This will be due to the fact that they regularly work in that particular area of law, developing a high level of knowledge and experience.

WHAT IS THE BEST LAW FIRM IN AUSTRALIA?

There are many law firms across our nation. From large, medium to small, practicing in various areas of law to specialising in only one area of law.

The best law firm in Australia will depend on many factors, including the area of law it specialises in, capability of providing a highly personalised service at an affordable costs, and the level of experience, knowledge and skill-set of the law firm.

The best law firm in Australia will ultimately depend on the market that the law firm caters to.

A person who has been injured at work, and left incapable of earning an income will need a compensation law firm.

A person charged with a criminal offence will need a criminal law firm.

And, a person who is going through a separation or divorce will need a family law firm.

There are many great law firms in Australia, the best law firm for you and your individual case will the one that can provide you the greatest amount of value at an affordable price. The value it should provide includes, the level of skill, experience, knowledge, and time it can spend on your case. It also includes, transparency and level of communication.

Some law firms will help you pick them for being the best by working hard to win awards to reflect their excellence in the profession.

DO ALL CRIMINAL LAWYERS GO TO COURT?

Criminal lawyers’ will also speak on behalf of their clients in court. This means that their clients won’t need to speak in court, unless electing to give evidence in court in a trial or hearing.

Amongst all the types of lawyers, including commercial, civil, compensation, family, property to criminal lawyers, the lawyers who appear in court the most often, usually every weekday are criminal lawyers.

A good criminal lawyer is a well trained court advocate who is basically similar to a barrister.

WHAT IS THE DIFFERENCE BETWEEN LAWYER AND ATTORNEY?

Lawyer and attorney are often used interchangeably, and is considered to be the same. But they are not exactly the same.

In Australia, a lawyer is considered both solicitor and barrister who has a valid practicing certificate to be allowed to practice as a lawyer in Australia.

A solicitor and barrister are considered to have different, and in some occasions overlapping roles.

A solicitor is a type of lawyer who provides legal advice, guidance and preparation in clients’ cases rather than court appearances. Some solicitors also do attend court and conduct an advocacy role, but not all.

A barrister is a type of lawyer who predominantly conducts advocacy in court, including trials.

An experienced criminal lawyer on the other hand often conducts the work of both roles, namely in-court advocacy and advice for clients.

Unlike other lawyers, criminal lawyers generally have a high level of expertise in court appearance skills because they regularly appear in court for criminal cases.

Attorney is a word that isn’t commonly used in Australia as it is in America. In Australia, the term ‘attorney’ is generally referred to as a solicitor.

In America an attorney is considered an attorney at law, and is someone who’s passed the bar exam with permission to practice law. Americans do not differentiate between solicitor and lawyer. They refer to both as attorney.

WHAT IS THE BEST TYPE OF LAWYER?

The best type of lawyer suited to you will depend on your legal issue.

If you’re charged for a criminal offence by police, the best type of lawyer will no doubt be an experienced criminal lawyer.

If you receive a letter of demand to pay a sum of money, or you’re being sued, the best type of lawyer will be a civil or commercial lawyer.

If you’re a corporation, and you’re having tax issues, the best type of lawyer will be a tax lawyer.

WHAT TYPE OF LAWYER EARNS THE MOST?

In Australia, according to seek the below is a list of the type of lawyers who earn the most on average in 2018:

WHAT ARE THE DIFFERENT TYPES OF LAWYERS?

There are many types of lawyers in Australia. Each type of lawyer has a different role which generally involve different legislation and laws. Sometimes, the laws may overlap.

The following are some of the different types of lawyers:

HOW MUCH DOES A SOLICITOR OR LAWYER COST PER HOUR?

How much a lawyer or solicitor charges per hour will depend on the type of lawyer and level of experience.

For example, a solicitor in Sydney of up to 3 years experience may range from $200-$300 per hour.

A criminal lawyer in Sydney with at least 5-6 years experience may range from $400-$500 per hour.

A senior associate of at least 7-years experience may range from $500-$600 per hour.

When engaging a solicitor, the solicitor is required to provide you with a quote of how much he/she will charge per hour for an agreed extent of work before commencing the work. This gives you as a client an opportunity to agree or go elsewhere.

Fees should always be transparent. Many solicitors and lawyers fail to be clear and transparent of legal fees. Some solicitors will be able to provide a fixed fee for an agreed amount of work.

With over 40 years combined experience, our team of expert criminal lawyers Sydney have achieved a proven track record of exceptional results in some of Australia’s most serious cases involving Drugs, Murder, Assaults, Fraud, and all forms of Sexual assault charges.

WHO IS THE BEST BARRISTER IN AUSTRALIA?

There are a great many number of best rated barristers in Australia, some given more media attention than others. However, the media attention given does not necessarily correlate to being the best.

Many barristers with little to no media attention are also considered at the top.

The below is a list of some of the best barristers in Australia:

HOW MUCH DO CRIMINAL LAWYERS EARN IN AUSTRALIA?

The average annual salary for a criminal lawyer is $72,075, according to PayScale.