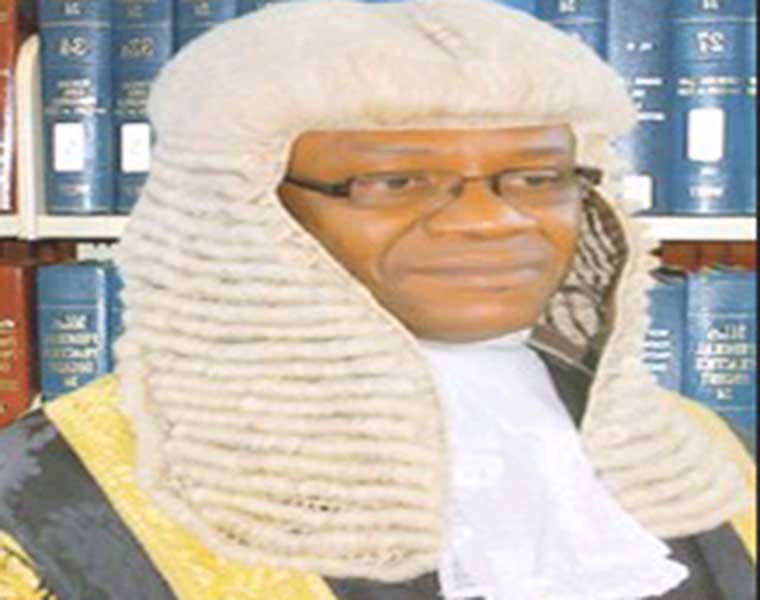 In 1954, the three Kuforiji brothers, namely: S.A. Kuforiji, H.F. Kuforiji and H.C.O. Kuforiji, jointly and as joint owners executed a lease (“Exhibit B”). Upon valuable consideration, they demised the land to the Foreign Mission Board of Southern Baptist Convention (“The Baptist Mission”). Sometime in 1973, the unexpired terms of the said leasehold were sold to Late Rev. (Dr.) J.T. Ayorinde (“the Appellant’s Uncle”) by Chief Daniel Johnson Kuforiji and Chief Simeon Olujimi Kuforiji (a son to S.A. Kuforiji now deceased) for themselves and on behalf of the Kuforiji family through a Deed of Conveyance (“Exhibit D”). Consequent upon the sale to the Appellant’s Uncle, the Baptist Mission surrendered the unexpired term of the leasehold interest in the land to the Appellant’s uncle, vide a Deed of Surrender (Exhibit C). The Appellant was at all times relevant to the case, living with his Uncle from 1973 on that land. The Appellant’s Uncle died intestate without an issue in 1977, while his wife also died sometime in 1996.

At the Supreme Court, the Respondent filed a Preliminary Objection on grounds that the Further Amended Notice of Appeal of the Appellant is incompetent and should be struck out.

The following three issues were considered and determined by the Supreme Court:

3. Whether the Court of Appeal rightly held that the defences of Limitation Law and Laches and Acquiescence did not hold against the counterclaim of the Respondent, in view of the overwhelming evidence and the combined provisions of Section 16 of the Court of Appeal Act, 1982, Section 222(a) of the Constitution of the Federal Republic of Nigeria 1979 and Section 16 of the Limitation Law Cap 16 of the Laws of Ogun State.

Submitting on issue one, counsel for the Appellant contended that the court below was wrong to resolve the issue of locus standi against the Appellant. Counsel faulted the approach adopted by the court, and the conclusion reached thereby. He argued that the Appellant had founded his claim on inheritance, and had not sued only for himself, but in a representative capacity – Section 49(1)(a)(3) of the Administration of Estate Law of Ogun State. He posited that the locus standi of the Appellant and those he represented, was not in doubt. In response, counsel for the Respondent contended that at the trial, the Appellant claimed they inherited under Native Law and Custom, without leading evidence on the native law and custom as required by law. Counsel submitted further that it is the Respondent who has locus standi to bring the counter-claim, and proved same. Counsel submitted further that a Plaintiff must succeed on the strength of his case, and cannot rely on the weakness of the Defendant’s case – KODILINYE v ODU (1935) 2 WACA 336.

On issues two and three, the Appellant contended that the Respondent lacks the locus standi to file the counter-claim over a family land when he is not the only survivor, and that the commencement of the counterclaim in a personal capacity instead of representative of the family, buttresses the point that the Respondent lacked the locus standi to commence same. It was also the submission of counsel that the Respondent’s counter-claim, which was filed 23 years after adverse possession was caught by Sections 9 and 16 of the Limitation Law of Ogun State, which provisions extinguish the Respondent’s right to the land. He argued further that the vendors of Exhibit D were not strangers to the land in dispute, and they had capacity to convey the property as family land under the Native Law and Custom. He argued that the decision of the Court of Appeal that the Respondent proved better title was erroneous, relying on the authority of FORESTRY RESEARCH INSTITUTE OF NIGERIA v I.A. ENAFOGHIE GOLD (2007) 11 NWLR (Pt. 1044) 1.

Reacting to the submissions above, counsel for the Respondent argued that the Respondent has locus standi to prosecute his counter-claim, as the legal tenet of the jus accrescendi rule of joint tenancies is sufficiently trite to warrant no debate. Counsel contended that the Court of Appeal was right to discountenance the defence of Laches and Acquiescence founded on ratios in IDUNDUN v OKUMAGBA (1976) 6-10 SC 48, because the Appellant did not properly bring the defence within the ambit of the case, and did not particularise the defence in his pleadings at the trial court. Counsel contended further that the Respondent clearly proved a better title than the Appellant who tendered Exhibit B, C and D which turned out not to be a good root of title, as the Kuforiji Family Council were strangers to the land in dispute. He opined that the Respondent was able to show that the land in dispute belonged to S.A. Kuforiji, H.F.A Kuforiji and H.C.O Kuforiji, to the exclusion of the Kuforiji Family Council. Counsel argued that the Court of Appeal was clearly right to hold that Section 49(1) of the Administration of Estates Law of Ogun State has no bearing on the case of the Appellant, because the Appellant specifically predicated his case on Native Law and Custom which he failed to prove. He relied on BENDEL STATE v AIDEYAN (1989) 4 NWLR (Pt. 118) 646, in support of his position.

Before delving into the substantive issues, the Supreme Court considered the Preliminary Objection of the Respondent challenging the competence of the Appellant’s Further Amended Notice of Appeal. Their Lordships held that the Preliminary Objection was not filed in accordance with due process of the Supreme Court. Consequently, the court discountenanced it.

Going to the substantive issues, the court considered the first issue and submissions thereon, and held that locus standi denotes the capacity the Plaintiff has to institute proceedings in a court of law, to seek a determination of his civil rights against the Defendant. The locus standi of the Plaintiff does not depend on the success or merit of the case; all the Plaintiff needs to show either in his Writ of Summons or the Statement of Claim to demonstrate his locus standi to prosecute the case, is merely to establish that he has a justiciable dispute or a reasonable cause of action against the Defendant. The two lower courts seemed to have got the issue of locus standi wrong, and both courts did not peruse the Statement of Claim holistically. The averments of the Plaintiff that it was his Uncle who put him in possession of the disputed land, built a poultry farm thereon, and made physical improvements or developments thereon which the Defendant, in act of self-help and violence destroyed, constitute reasonable cause of action in favour of the Appellant, such as to vest in him the necessary locus standi to prosecute the suit against the Respondent. Neither in the Pleadings nor evidence led was it ever explained how the Respondent, the son of Hezekiah Christopher Olajide Kuforiji, became the successor-in-title of the original three owners of the land in dispute, or with other children of Hezekiah Christopher Olajide Kuforiji (deceased) and entitled to possession thereof.

In deciding issues two and three, the Supreme Court held it is not in dispute that the Plaintiff was a nephew of Rev. (Dr.) J.T. Ayorinde, the sub-lessee in Exhibit C. The Administration of Estate Cap 1 of the Laws of Ogun State, 1978 had been in force from 23rd April, 1959 and at all material times, the Appellant’s Uncle and his wife died intestate without an issue. Table 3 of subsection (1) of Section 49 of the said law, was not at all considered by the lower courts. The parties were ad idem at the trial court that Rev. (Dr) J.T. Ayorinde and his wife died intestate without an issue, and also that they celebrated Christian marriage by which their intestate was no longer governed by customary law but the general law, including Administration of Estates Law Cap. 1 of Ogun State, 1978.

A nephew of the intestate who died without an issue, under the said provisions of the Statute, is entitled to the grant of administration where his father (deceased) was a brother of the intestate – Page 233 of TRISTRAM & COOTE’S PROBATE, 26TH EDITION. The Respondent/Counter-Claimant, clearly does not belong to the same genre as the Appellant. He is neither claiming through Rev. (Dr.) J.T. Ayorinde, nor as an heir of the intestate of Ayorinde. Between the Appellant and the Respondent, the former is more entitled to inherit or entitled to a grant of administration in respect of the extant and subsisting lease of disputed land, particularly in view of Exhibits B and C.