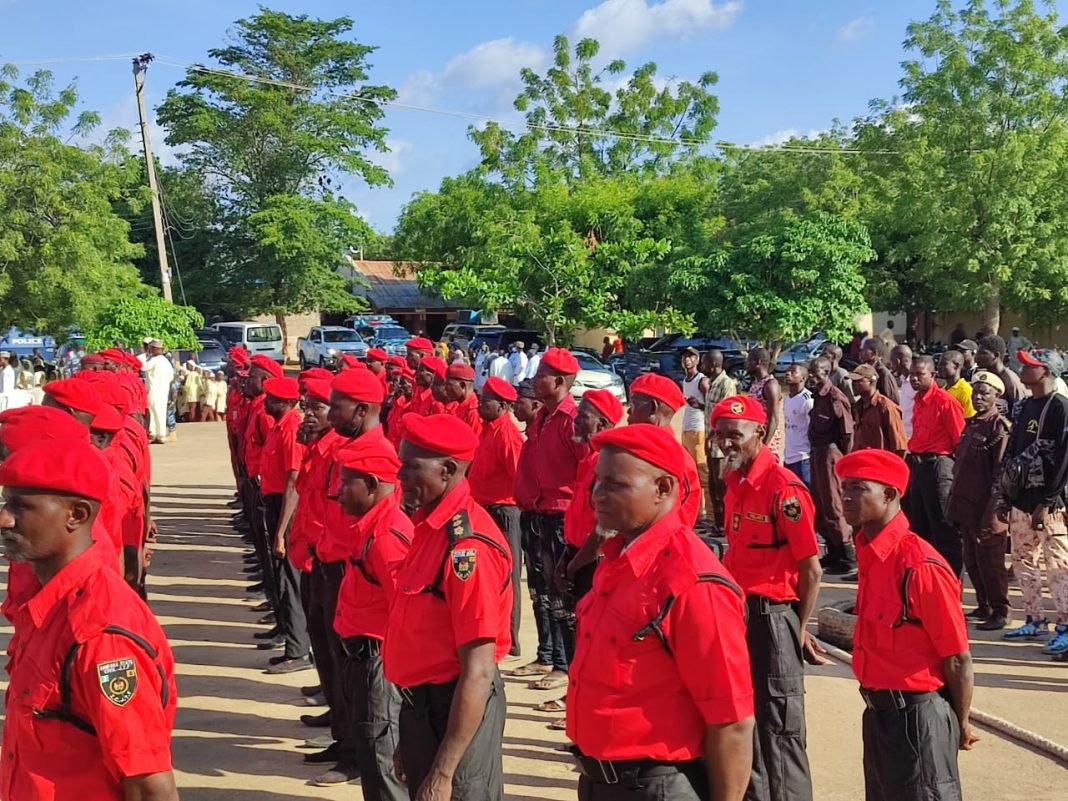 The Governor of Zamfara State, Hon. Bello Mohammed Matawalle has boasted that he is very much ready to ensure total elimination of bandits troubling the entire State.

The Governor disclosed this during the flag-off of training of his newly recruited Community Protection Guards (CPG), pointing out that nobody would prevent him from forming a formidable force to counter the bandits.

He noted that the Guards in the State would move towards implementing new Security measures that could deal decisively with the bandits ravaging the State.

Governor Matawalle stated that the decision to establish Community Protection Guards was informed by his administration’s desire to work out all possible options to deal with the increasing act of banditry consuming innocent lives and causing untold hardships in some parts of the State.

The Governor informed the Community Protection Guards of the task ahead of them, urging them to concentrate fully on their training.

“As community protection guards, you should endeavour to be patriotic, your names would stand out in history as people with remarkable patriotism, selflessness and love for peace.

“Only people with courage and bravery will offer to serve as guards of their communities, bravely standing up to face the brutal infamy of the bandits,” he added.

He also called on them to work within the parameters of the rules of engagement which he said would be clearly spelt out during the training, pointing out that as the newly recruited Community Protection Guards, they are agents for the restoration of normalcy, building peace and re-enactment of the golden era of harmonious inter-communal relationship in the northern part of the country.

Matawalle further explained that at the end of the training, the CPG members will be deployed to their various communities in the 19 Emirate Councils of the State to energetically complement the security forces in the fight against banditry and sundry crimes.

He reminded them to remain disciplined and obedient throughout the exercise and to keep in mind that they were trained for a life saving mission that would spare their neighborhoods from horror and suffering and one that would restore the dignity of human life and peaceful co-existence in the State.

In a keynote remark, the Commissioner of Police, Zamfara State Police Command, Mr. Ayuba Elkana said the training of the Community Protection Guards was part of series of measures taken by Governor Bello Matawalle in order save the State from all forms of crimes.

Mr. Elkana, while expressing the command’s full support to Governor Matawalle in the fight against banditry, urged the recruits to always be law abiding, God-fearing and objective in the discharge of their duties.

Earlier, the Commissioner of Security and Home Affairs, Rtd. DIG Mamman Ibrahim Tsafe said the establishment of the Community Protection Guards was aimed at assisting the security agencies in securing the State from all heinous crimes.

NEWER POSTWike And The PDP By Reuben Abati
OLDER POSTFCTA Policy On Closure Of Parks In Abuja From 7pm Is Unconstitutional, Baseless, Sadistic And Should Be Resisted By Frank Tietie