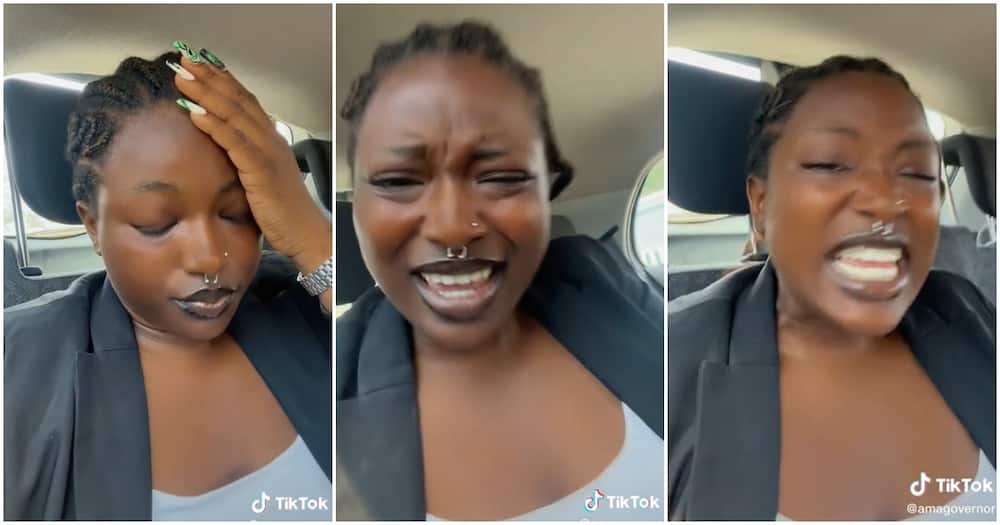 A Ghanaian socialite and law graduate identified as Ama Governor, has reportedly been denied her call to the bar because she supports and identifies as a member of the LGBTQ community. The young lady was not summoned by the Body of Benchers to the venue where the call to Bar is usually held.

The TikTok star had earlier come out as lesbian in a video which went viral on the internet. According to Ditabhey media, in addition to her segxwal orientation, the several body piercings and tattoos were reasons Ama was sidelined after six years of rigorous study for her LLM. She was accused of not being committed to becoming a lawyer in good standing, and consequently denied the chance to practice law by the Ghana Bar Association.

Local media reports that some unidentified persons filed a petition against her over her contentious online personas and a punitive ruling was made against her as a result. A disgruntled Ama and some of her friends took to social media to challenge the Ghana Bar Association’s decision. She lamented that it was inappropriate and unjust for the GBA to suddenly prevent her from becoming a lawyer after she had passed all her exams. Meanwhile, a bill has been introduced in parliament that, if passed, will effectively ban and criminalize all forms of LGBTQ activities in Ghana.