The 33-year-old was a member of a criminal enterprise, based in Ghana that was involved in defrauding more than 100 American businesses and individuals of more than €8.21 million through business email compromises and romance scams. 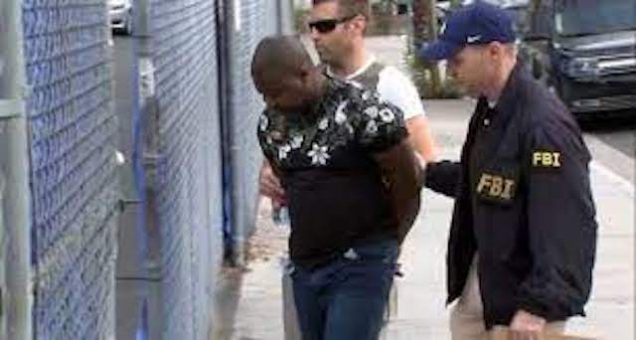 A Ghanaian fraudster, Tourey Ahmed Rufai who fled to Ghana after he was sentenced to four years in prison, was extradited to the United States on Friday, 6 August, to serve his sentence.

The United States Attorney for the Southern District of New York, Audrey Strauss along with other officials, announced Tourey’s extradition.

Tourey was arrested in connection with his participation in a fraud scheme based in Ghana involving the theft of over €8.21 million through business email compromises and romance scams.

According to the Federal Bureau of Investigations (FBI), the gang targeted businesses and elderly victims in numerous scams between 2014 and 2018.

The 33-year-old was a member of a criminal enterprise, based in Ghana that was involved in defrauding more than 100 American businesses and individuals of more than €8.21 million through business email compromises and romance scams.

Tourey and his co-conspirators received or otherwise directed the receipt of millions of dollars in fraud proceeds from victims of the enterprise in bank accounts that they controlled in the Bronx, New York.

Some of these bank accounts were opened using fake names, stolen identities, or shell companies in order to avoid detection and hide the true identities of the members of the Eenterprise controlling those accounts.

Manhattan U.S. Attorney Audrey Strauss said: “When a defendant released on bail like Tourey Ahmed Rufai cuts his ankle bracelet and flees the country, it is an affront to the victims of his crimes and the court.

”Thanks to the extraordinary work of the FBI, IRS-CI, and our law enforcement partners both in the United States and in Ghana, this fugitive was apprehended in Ghana and has been returned to the United States to serve his four-year sentence.”

FBI Acting Assistant Director Jacqueline Maguire said: “Justice will now rightfully be delivered, both to Mr. Rufai as he serves his prison sentence, and to the innocent victims from whom he stole millions of dollars.

”When Mr. Rufai decided to cut off his ankle bracelet and flee the United States, he did not understand the FBI’s ability to find fugitives in foreign nations through our extraordinary international law enforcement partnerships.

”We thank everyone involved, and especially our IRS-CI colleagues and our Ghanaian partners, for ensuring Mr. Rufai will be held accountable for his crimes.”