French lawmakers early Monday approved a controversial law that will provide vaccinated people with privileged access to restaurants, cafes, intercity transportation and other venues starting in August — a measure that has drawn nationwide protests over the past two weeks. 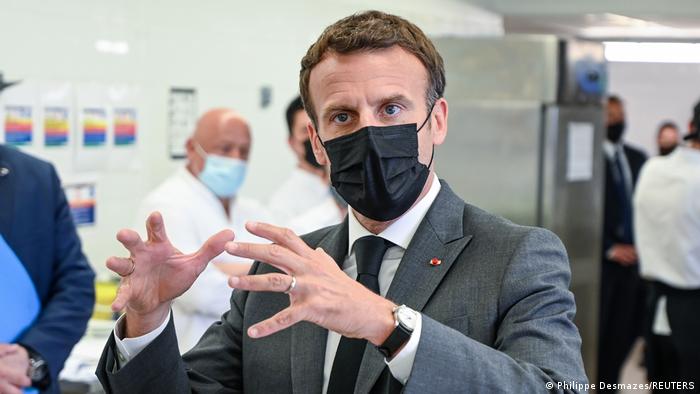 French lawmakers early Monday approved a controversial law that will provide vaccinated people with privileged access to restaurants, cafes, intercity transportation and other venues starting in August — a measure that has drawn nationwide protests over the past two weeks.

Since 21 July, the ‘pass sanitaire’ has been required at venues which accommodate more than 50 people including museums, cinemas and long-distance trains.

The pass —which provides proof that a citizen has been vaccinated, taken a negative COVID test or recovered from the virus —will also become mandatory for children over 12 from August 30.

French President Emmanuel Macron has said the aim of what the government calls a “health pass” is to drive up vaccination rates, which had begun to plateau in recent weeks.

Even before Parliament passed the new bill this weekend, the changes Macron announced two weeks ago appeared to have a measurable impact on vaccination coverage. Coronavirus vaccine-booking platforms recorded a surge in appointment bookings within hours of the announcement, and the country hit several records for the number of daily vaccinations since then.

On Monday, Macron said on Twitter that 40 million residents — or about 60 percent of the population — have now received at least one vaccine dose. More than 4 million doses have been administered over the past two weeks, he said.

The new rules approved early Monday in France will also make vaccination mandatory for health workers, who risk suspension if they are not inoculated by Sept. 15. The legislation was sent by the government to France’s Constitutional Council later Monday so that it could scrutinize the new law.

The pass, which is an extension of the EU Digital Covid Certificate (EUDCC), will not be required on public transport or domestic flights.

Around 40 million Italian citizens have downloaded the pass so far. Businesses and customers who fail to comply with the green pass system will face fines between €400 and €1,000.

France was previously one of Europe’s most vaccine-skeptical nations, and the French government was initially criticized for being too cautious in urging residents to get vaccinated as the shots were rolled out beginning late last year.

The recent shift in strategy appears to be driven at least in part by concerns over the highly transmissible delta variant, which has triggered a surge in new cases. France recorded almost twice as many new cases per capita over the past seven days as the United States.

French and Italian governments say that COVID pass requirements are necessary to encourage vaccinations and stop the virus spreading, but campaigners have argued they restrict civil liberties and cause discrimination.

Thousands of protesters took to the streets in France, Germany, Greece and the UK over the weekend to demonstrate against governments imposing restrictions on unvaccinated citizens.

German minister for special affairs, Helge Braun, said in an interview with the newspaper Bild, that restrictions on entry to restaurants and cinemas may become necessary in Germany if the country faces a fourth wave of COVID.

Currently in England, the Government has recommended businesses such as theatres, nightclubs and sporting venues require customers to show a COVID pass via the NHS app, but has not made the restriction mandatory. However, from the end of September, nightclubs and other large venues only accept visitors who have had both vaccinations.

Meanwhile, fears have been raised that the NHS COVID pass scheme could be open to exploitation by providing fake test results. There have also been issues with the NHS COVID-19 app, dubbed the ‘pingdemic’ crisis, as a record number of people have been told to isolate following contact with someone infected.

UK civil liberties campaign group, Big Brother Watch said in its Access Denied report: “The prospect of internal health passports signals a grave unbalancing of the relationship between not only citizens and the state but citizens and employers, business owners, managers, marshals, and anyone else dressed with authority.

“It is the first policy for decades that could see segregation imposed throughout the population. The effect of the scheme would be to create a two-tier society where the poorest, the most marginalised, and anyone who does not comply with unprecedented demands for medical interventions could be denied basic socio-economic opportunities and afforded fewer liberties than their neighbours, colleagues and fellow citizens.”