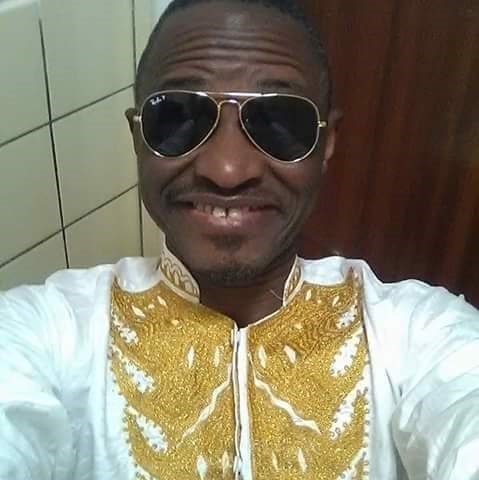 A French court has convicted and sentenced Liberian warlord Kunti Kamara to life in prison for complicity in crimes against humanity, torture and barbarism following a dramatic three-week trial here in the French capital.

After nine hours of deliberation the nine-person jury found Kamara, 47, guilty on all 11 counts in his indictment for crimes committed while he was a commander with the United Liberation Movement for Democracy (Ulimo) rebel group in Foya, Lofa County in northern Liberia in 1993.

“For crimes against humanity, the jury says ‘yes’,” Fusina said. “For torture and barbarism, you are guilty.” At the end of the charges Fusina announced the punishment. “With the votes, you are sentenced to life imprisonment.” In France life imprisonment is 30 years, the maximum sentence under French law.

Kamara listened keenly as the judge read the counts. He looked closely at the jury and expressed no emotion as the sentence was announced. Fusina told Kamara that he has 10 days to appeal the decision.

This trial has been groundbreaking in several ways. Kamara is just the second Liberian to be convicted for his or her role in any of the country’s two civil wars.

The first was Alieu Kosiah, another former Ulimo commander who was sentenced to 20 years in a Swiss court last year. His appeal will be heard in January.

Sierra Leonean Gibril Massaquoi was acquitted of charges he committed war crimes in Liberia by a Finnish court last year. That acquittal is also being appealed.

Two more Liberians – Mohammed Jabateh of Ulimo and Tom Woewiyu of Charles Taylor’s National Patriotic Front – were found guilty of criminal immigration fraud for lying about their war crimes by a US court in 2017 and 2018. Jabateh is serving 30 years.

Woewiyu died of Covid while awaiting sentencing. Chuckie Taylor is serving a 97-year sentence for the torture he committed in Liberia but the American born son of Charles Taylor was tried as a US citizen.

Kamara, Kosiah and Massaquoi were prosecuted under the legal principle of “universal jurisdiction”, which allows countries to prosecute individuals for war crimes or crimes against humanity, regardless of where they occurred.

Use of the law is relatively new in Europe. In France, four Rwandans have previously been tried using the principle. Kamara is the first non-Rwandan to be tried that way. For this reason the trial was closely followed by news media in France.

During the trial a French investigator revealed that a second Liberian is under investigation. The US does not have universal jurisdiction laws under which Liberian war criminals could be charged as that have been in Europe. Republican legislators have blocked many efforts to introduce universal jurisdiction statutes in the US for fear that US officials may be charged for their roles in overseas wars.

After the verdict, Marilyne Secci, Kamara’s lead lawyer, spent more than 30 minutes talking with her client. Outside the court Secci told reporters she had “no comment” on the ruling. Secci and her colleague in the defense team had criticised the trial and questioned the absence of forensic evidence used in the case. They also complained that the French state had not provided adequate funds for them to properly build the case.

Earlier in the day, before the jury retired for deliberations Kamara was given one last chance to make his case. He chose not to argue points of fact in the trial and instead repeated what had become his mantra.

Members of the Mandingo community in France, from which Kamara comes, were in the courtroom in a show of solidarity. Earlier in the trial, two officials from the community had conceded they helped him evade authorities as police closed in. Outside the court, Kamara Fasow, president of the Liberian Mandingo Association in France said the community was disappointed by the verdict.

“This news is a very sad day for the community today in France and even for our people around the world,” said Fasow. “It was very discouraging. But all we can do is to pray for our brother.”

None of the nine individual plaintiffs in the case was in court for the verdict. All had returned home to Lofa after traveling to France to testify to the atrocities Karma committed or had overseen including murdering a sick woman, torturing a schoolteacher and eating his heart, and the gang rape of a nine-year-old girl.

“It means they have been heard and believed,” said Sabrina Delattre, lawyer for the plaintiffs. “Their testimonies were really at the core center of this trial. So it’s very important.”

In France witnesses in criminal trials can take part separately from the prosecution. They are known as “civil parties”. The nine Liberians joined Civitas Maxima, the Swiss NGO as the civil parties.

Kamara was also found liable in the civil case for which the court granted each plaintiff €1 in compensation. The payment is a symbolic compensation to the victims. They cannot receive an amount more than that because they are not French citizens.

“The importance was to say that it was more about justice than about money,” said Delattre.