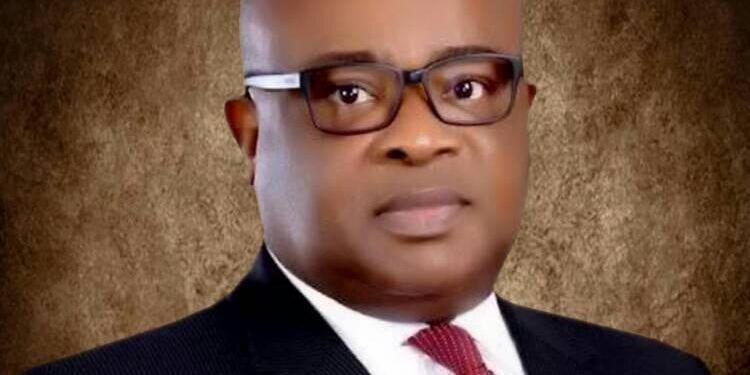 Former Anambra State governorship aspirant Walter Okeke who was on a bench warrant from a Port Harcourt Chief Magistrate for the case of theft has been arrested and is now ordered to proceed to the Port Harcourt Correctional Centre.

Chief Magistrate AO Amadi-Nna gave the order on Monday, in Port Harcourt, when Okeke was produced before him at about 11:25 am.

The police prosecutor, Godday Amadi, had told the Chief Magistrate how the police succeeded in arresting the man and how the accused was brought to court.

Chief Magistrate Amadi-Nna wasted no time in ordering that “Walter Ubaka Okeke be locked up at the Port Harcourt Correctional Centre till day of hearing being December 8, 2022.”

The case was stalled because the accused went to the High Court to enforce his fundamental human right and when that failed, he was not present in the Chief Magistrate court to answer to the charge of stealing.

The accused, who hails from Enugwu village of Nanka in Orumba North Local Council Area, lives in his own compound at the Trans-Amadi area of Port Harcourt, where the complainant allegedly stocked the oil drilling pipes and other heavy industrial equipment.

The matter began when the complainant, Ifeanyi Amaonye, got wind that his equipment was being carted away in trucks by the landlord of the compound where they were kept.

The police were brought in. The bench warrant and warrant of arrest were issued by the Chief Magistrate at Court 10 in Port Harcourt.

He gave a ruling in a preliminary objection raised by a defence counsel, Oluchuchu Ulasi.

The charge sheet filed on May 27, 2022, stated that; “You, Walter Ubaka Okeke, and others now at large, did conspire to commit felony to wit: stealing; and therefore committed an offence punishable under Section 516A of the Criminal Code Law Cap 37 Vol 2, Laws of Rivers State”.

The second count mentioned the value of the alleged stolen property to be over N800 million, items said to be the property of a Port Harcourt businessman, Ifeanyi Amaonye, kept in the open at the accused’s compound in Trans-Amadi.

Trial is expected to commence on December 8, 2022.