“If some individuals refuse to take the vaccine, hence endangering those who have or those who could not due to medical exemptions, then we have to apply the basic rule of law, which stipulates that your human right stops where mine begins. So, you have a right to refuse vaccines, but you do not have the right to endanger the health of others.” 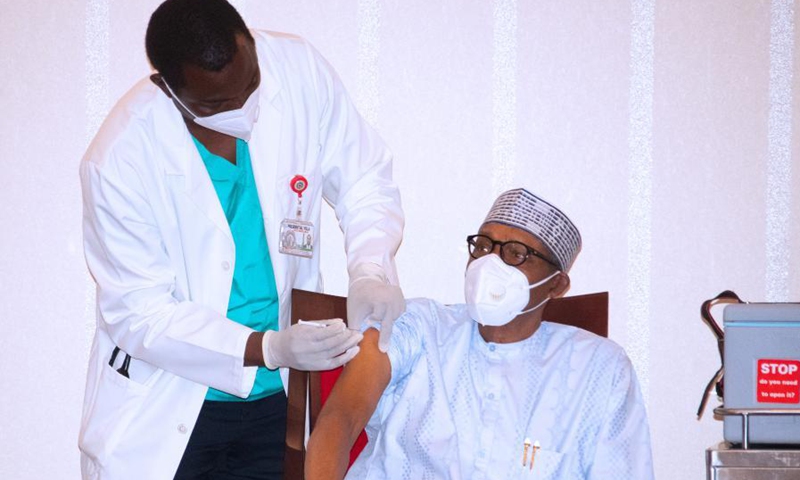 Amid reactions to the declaration by Edo and Ondo states regarding restricted access to public places for unvaccinated residents, the Federal Government may sanction eligible Nigerians who refuse COVID-19 vaccination.

The hint was dropped recently by the Executive Director of the National Primary Healthcare Development Agency (NPHCDA), Faisal Shuaib, at a briefing in Abuja.

Shuaib said the government may “apply the basic rule of law” against such people because they will be endangering the lives of other people.

He said: “The Presidential Steering Committee and the Federal Ministry of Health is exploring ways of making vaccines more available to all Nigerians including federal civil servants and corporate entities. Once these vaccines are made equitably available to all Nigerians, we would need to have a frank discussion about justice, fairness and liberty that exist around vaccine hesitancy.

“If some individuals refuse to take the vaccine, hence endangering those who have or those who could not due to medical exemptions, then we have to apply the basic rule of law, which stipulates that your human right stops where mine begins. So, you have a right to refuse vaccines, but you do not have the right to endanger the health of others.”

This is coming as a federal high court in Port Harcourt, Rivers State, granted an order restraining Edo Governor, Godwin Obaseki and the state government from restricting unvaccinated persons from attending mass gatherings as from mid September.

Governor Obaseki had last week mandated people of the state to take the vaccine, warning that, as from September 15, anyone who has not been vaccinated will not be allowed into public places such as banks and worship centres.

However, one Charles Osaretin filed a suit marked FHC/PH/FHR/266/2021 to counter the governor and five others. The applicant, through his counsel, Echezona Etiaba (SAN), asked the court to order parties to maintain status quo pending the hearing and determination of the motion on notice, for the enforcement of the applicant’s fundamental human rights, and for the leave of court to serve the respondents by publishing the court’s processes in a national daily newspaper.

The judge, Stephen Dalyop Pam, granted the orders and adjourned the suit till September 10 for a hearing of the substantive motion.

Earlier on Monday, civil servants in Edo Ministry of Health were given a seven-day ultimatum to get vaccinated against COVID-19 pandemic. The ultimatum was contained in a memo dated August 30, with reference number: HA.429/1/16 and issued by Permanent Secretary of the ministry, Frederick Irabor.

The memo stated that any staff member who failed to get vaccinated within the period would not be allowed into office. “I am directed to refer to the above subject and to notify all staff (members) of Ministry of Health to get vaccinated against the deadly COVID-19 within the week. I am further directed to inform all that from September 6, any staff (member) who has not taken the COVID-19 vaccine will not be allowed into the office premises,” the memo stated.

Edo recently recorded another COVID-19-related death, bringing the total number of fatalities to 12. The State COVID-19 Incident Manager, Dr. Andrew Obi, urged citizens to leverage the opportunity of the second phase vaccination to get full protection against the virus.

“The death recorded is that of a 76-year-old unvaccinated male at the Stella Obasanjo Hospital. All persons who have died from the virus in the third wave were unvaccinated, while over 96 per cent of confirmed cases are those who were never vaccinated. This necessitates the need for everyone to get inoculated to remain healthy and alive.”

Shuaib observed that as the vaccines become available worldwide, some countries have made vaccination a requirement to gain access to their country. Noting that evidence of vaccination against COVID-19 is now mandatory for all pilgrims to the holy cities of Saudi Arabia and Jerusalem, he urged adherents of both religions who are planning to perform pilgrimage next year or in the future to get vaccinated now to avoid any delays.

Shuaib noted that the Federal Government is very alert on the safety and efficacy of the various range of vaccines in the country. He noted that a vaccine is a reliable and proven tool for prevention and control of infectious diseases, such as COVID-19 adding that a vaccine works by stimulating the immune system to induce immune cells and proteins, called antibodies, that confer immunity or protection against the disease.

“It is therefore ridiculous when the anti-vaccination campaigners claim that COVID-19 alters the human DNA or that people will die in two weeks or two years after vaccination. Similar claims, that polio vaccines were intended to cause infertility and kill our children, were made in the past but today, many of the children who received polio vaccine have grown to adulthood, become parents and are fulfilling their various dreams. No child in the country died of polio vaccination,” he added.

This is in spite of developments in Japan, where two persons died days after receiving Moderna shots, which forced a suspension in the country over contamination risk. Japan suspended the use of about 1.63 million doses of the Moderna vaccine on August 26 as a precaution after foreign substances were found in some vials.

A causal link between the vaccine and the deaths has not yet been established, according to the ministry and Takeda Pharmaceutical Company, which distributes the Moderna vaccine in Japan.

“Currently, no link has been confirmed between these deaths and the Moderna vaccine, but we believe it is important to carry out a formal probe to investigate the matter further,” Takeda Pharmaceutical Company said in a statement on Monday.

Meanwhile, the World Health Organisation (WHO), yesterday, said the new COVID-19 variant, labelled C.1.2., which was first detected in South Africa, does not appear to be spreading. WHO spokesperson, Margaret Harris, told a UN briefing, that the C.1.2. variant was not currently classified as a “variant of concern” by the UN health agency as it was monitoring the variant as it evolves.

Earlier, South African scientists said the new variant comes with multiple mutations but they are yet to establish whether it is more contagious or able to overcome the immunity provided by vaccines or prior infection.

The scientists said the C.1.2. contains many mutations associated in other variants with increased transmissibility and reduced sensitivity to neutralising antibodies but they occur in a different mix.

South Africa was the first country to detect the Beta variant, one of only four labelled “of concern” by the WHO. Genomic sequencing data from South Africa shows that the C.1.2. variant was still nowhere near displacing the dominant Delta variant.

Delta is the fastest and fittest variant the world has encountered, and it is upending assumptions about COVID-19 even as nations loosen restrictions and reopen their economies.