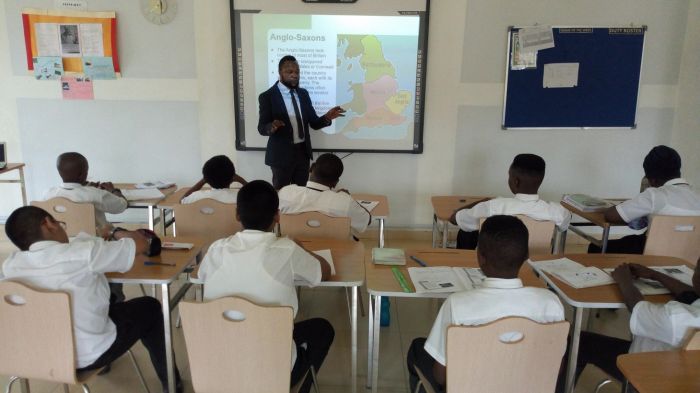 El-katuzu issue the warning shortly after receiving the official handover briefs of the secretariat, from the Director of Administration and Finance, Mr Leramoh Abdulrazaq, on Tuesday in Abuja.

The secretary said that the secretariat would no longer tolerate situations where strange elements were introduced in schools in the name of branding.

” There are some other challenges I also need to point out like private proprietors of schools within the FCT operating outside the laws. They are not supposed to follow teaching outside the nationally accepted curriculum.

” No school in Nigeria will be allow to teach any child outside the approved curriculum. There are schools that adopt curriculum from elsewhere to come and teach in our schools and we will not tolerate that,” he said.

The secretary warned that the secretariat under his watch would not recognise or shield highly placed individuals.

He stressed the need for all private schools to collaborate with the regulatory agencies with a view to avoid flaunting the law, saying ” we will not tolerate that.

” My findings revealed that some private schools in the Federal Capital Territory are own by the who is who of this country.

” We will not make any distinction between highly placed or commoners. All Nigerians are equal and we should operate within the law,” he warned.

El-katuzu advised members of staff of the secretariat to brace up for the task ahead as he intends to push them, to make his mark in the education sector in the FCT.

Earlier, the Director of Administration and Finance of the secretariat, Abdulrazaq, thanked the FCT Minister, Malam Muhammad Bello and staff of the department for the opportunity to served. (NAN)