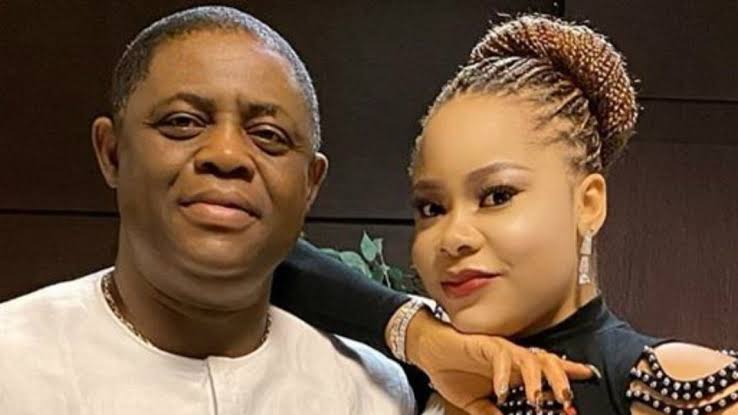 Precious Chikwendu, the estranged wife of the former Aviation minister Femi Fani-Kayode, was summoned by the Chief Magistrate Court in the Karu area of the Federal Capital Territory, Abuja, on Wednesday.

Chikwendu was summoned over alleged complicity in the falsification of court documents.

The minister’s ex-wife was indicted by the police in a First Information Report, filed before the court.

The police alleged that Chikwendu falsified documents to defame Fani-Kayode.

The Chief Magistrate, Elizabeth Woni, however, issued the summon shortly before the arraignment of Emmanuel Anakam.

According to the police, Anakam had in reports that were published in the media, alleged that Fani-Kayode was engaged in domestic violence, especially against his domestic aides.

The police said it arrested Anakam over the unsubstantiated allegation.

The police added that five others, including the estranged wife of the former Minister and her sister, identified as Prisca, were still at large.

Meanwhile, when the FIR was read to Anakan on Wednesday, he pleaded not guilty to the allegation.

His counsel, Emmanuel Okewu, made an oral application for his release on bail pending the hearing and determination of the case.

Woni granted bail to the defendant in the sum of N1.5m with two sureties in like sum.

Meanwhile, following an application by the prosecution, who alleged that Chikwendu and others listed in the charge had been evasive, the court issued a summon, directing them to appear on the next adjourned date.

This came few days after Chikwendu had gone to the Federal High Court in Abuja to secure a restraining order against Fani-Kayode and the police.

She had prayed the court to restrain her former husband from using the other respondents to intimidate or harass her in any form whatsoever, pending the hearing and determination of an earlier suit marked No CV/372/2021, which she filed to take custody of four children she had for the former minister.