Falana’s lawyer said the publication had “lowered his image in the eyes of the numerous readers of the unfortunate story both on the church platform and other platforms where the story was forwarded to within Nigeria and overseas.” 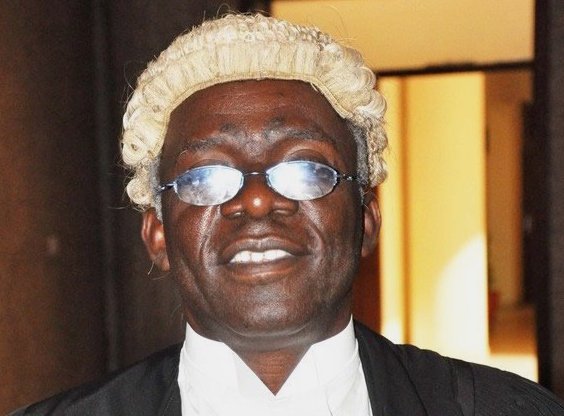 Human rights lawyer, Femi Falana, SAN, has petitioned the Anglican Church on the Peninsula in Lagos State over a statement by a church member describing him as deceitful and fake.

The lawyer in his petition quoted one Uche Obiajulu as saying in the Men’s Fellowship Whatsapp platform of the Anglican Church on the Peninsula, Royal Garden Estate, Ajiwe, Ajah, Lagos State, on October 17 that “90% of the so-called social critics including Falana are fake and deceitful. It’s only NGO human rights donations they are chasing for.”

The member alleged that Falana demanded 50 per cent of “demand promises” in a case between councillors in Anambra State and Governor Willie Obiano when the case was settled out of court.

The member further claimed that from the meagre money given to the councillors, Falana collected the percentage of it and calculated what he termed administrative charges, while also threatening to go to court.

Falana, through his lawyer, Malachy Ugwummadu, said the social media post against him was malicious and libellous.

The lawyer demanded a retraction of the publication, an apology, as well as N50million compensation.

“You know or ought reasonably to know that the content of the said story already published about our client is false yet, you maliciously caused same to be published with the sole aim of bringing our client to disrepute.

“By your publication, you falsely, maliciously, intentionally, unconscionably stated and was understood to mean that our client is fake and of dubious character in your choice of words when you stated: “It’s only NGO human right donations that they are chasing for.”

“By your said publication, you persevered in your falsehood insisting that our client fleeced the Anambra State Councilors when he demanded and collected 50% of settlement out of court blackmailing and threatened them with a court action,” the petition partly reads.

Falana’s lawyer said the publication had “lowered his image in the eyes of the numerous readers of the unfortunate story both on the church platform and other platforms where the story was forwarded to within Nigeria and overseas.”

He added that the publication, which suggested that Falana was dishonest, fraudulent, dishonourable, untrustworthy and corrupt, was not only a “deliberately contrived falsehood but a wicked contraption” that exists in the writer’s imagination.

“As a result of your said publication, our client has been gravely damaged in his reputation and standing as he has been bombarded with a deluge of telephone calls, letters, messages, personal calls of friends, family members, well-wishers demanding to ascertain the authenticity of the said publication,” the petition reads.