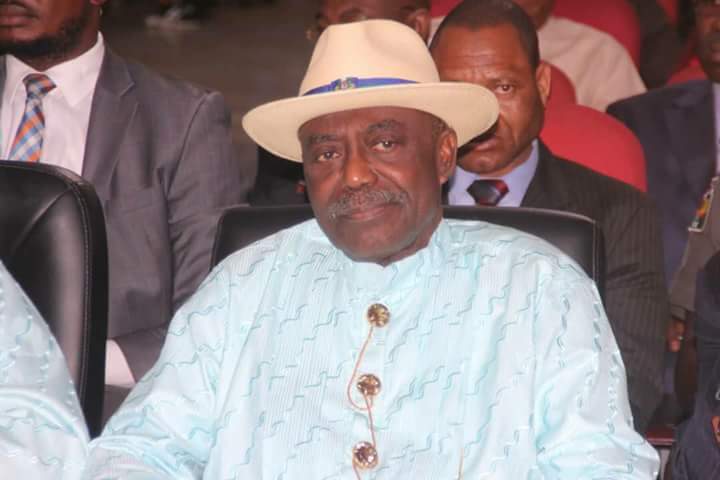 Former governor of Rivers State, Peter Odili has been placed on the watch list of the Economic and Financial Crimes Commission (EFCC), the Nigeria Immigration Service (NIS) has said.

The NIS revealed this on Wednesday in response to a suit filed by Mr Odili in a Federal High Court, Abuja, challenging the seizure of his international passport by the service.

When the matter was called on Wednesday, counsel to the service, Jimoh Adamu, informed the court that he had just filed a counter affidavit to oppose the former governor’s suit.

Mr Adamu sought an adjournment to enable him “put his house in order”.

Mr Odili’s counsel, Ifedayo Adedipe, did not oppose the request for the adjournment.

The court then adjourned the matter to September 28 for hearing.

The News Agency of Nigeria (NAN) reported that the former governor is challenging the seizure of his passport at the Nnamdi Azikwe International Airport, Abuja.

In the fundamental rights enforcement suit, Mr Odili claimed his international passport with number B50031305 was seized from him on June 20 by operatives of the service.

Mr Odili prayed the court to compel the NIS to release the passport to him.

He also prayed for an order of perpetual injunction against the service “from further harassing, embarrassing, intimidating or interfering with his fundamental right to freedom of movement”.

The former governor also demanded a written apology for the embarrassment caused him by the service.

In a counter affidavit, the service justified the seizure of Mr Odili’s passport and faulted his claims.

“The applicant’s passport was seized because he is on the service’s (NIS’) watch list as requested by the Economic and Financial Crime Commission (EFCC).

“It is the government’s policy that streamlines the security agencies present at the point of entry/exit from the country.

“The respondents (NIS and its Comptroller-General) are the lead agency for the above stated function.

“All security agencies collaborate by submitting a list of any person on the watch list to the respondents.

“By virtue of Section 31 of the Immigration Act 2015, the respondents are empowered to prevent the departure from Nigeria where there is a request to arrest such a person in the public interest as requested in the instant case by the EFCC.

“By the above section of the Immigration Act, the respondents are empowered to seize the applicant’s international passport because he was watch-listed, sequel to the EFCC request,” it said.

The NIS argued that Mr Odili’s suit was premature as he allegedly failed to meet the condition precedent to the filing of such suits.

“This action is premature and incompetent as the applicant failed to serve pre-action notice on the service as condition precedent before filing this suit against the respondents.

“The failure to serve pre-action notice robs this honourable court of jurisdiction.

“The applicant is not entitled to the reliefs sought and the suit should be dismissed with substantial cost for failure to comply with condition precedent,” the service said.

Mr Odili, a two-term former governor of Rivers State between 1999 and 2007, had been accused by the EFCC of misappropriating public funds to a tune of N100 billion while he was governor.

A Federal High Court, Port Harcourt, in 2007, restrained the EFCC from taking any further step against Mr Odili.