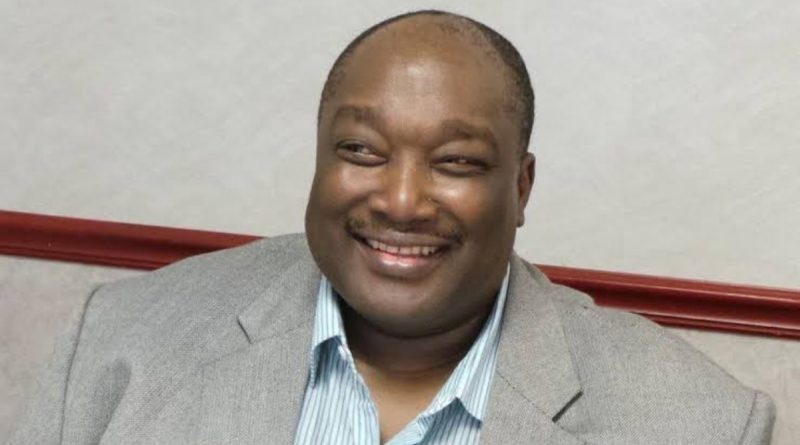 Amid lopsided appointments at the federal level and misappropriation of national resources by political elites, a former President of Nigeria Bar Association (NBA), Chief Joseph Daudu (SAN) yesterday warned that the current governance structure “is not sustainable.”

Daudu, a member of the International Council of Jurists, however canvassed restructuring of the country’s governance structure and people’s mind in order to put paid to the reign of cabal, who governed against popular will.

He made these remarks in a three-paragraph response to THISDAY’s inquiry on Nigeria’s descent into socio-economic and political crises yesterday, lamenting the takeover of the national commonwealth by a small group of people.

Expressing grave concern about the future of Nigeria, he wrote: “The take-over of our national commonwealth by a small group of people – be they friends, persons from the same ethnic group, religion or club is what is called rule by cabal.

“The effect of this state of affairs is that all scarce resources proceeding from the State are appropriated or misappropriated by this small parasitic group. All they do is milk the national resources of this country dry for the exclusive benefit of this group,” NBA’s former leader said.

Daudu, thus, said all national appointments to strategic positions and allocation of scarce resources “are skewed in favour of the cabal and against the national interest,” which he argued, had grave implication for national development.

Daudu warned that a continuation of this system “is inimical to national growth, development and indeed security. It also encourages cronyism, divide and rule and other ungodly forms or styles of governance.

He, further, explained that any nation that encouraged such style of leadership “is bound to gravitate to the status of a failed state,” a situation, he said, all stakeholders should rise to reverse as soon as possible.

In specific terms, however, Daudu warned: “If we do not change or teach real change, one small cabal will rule us for the next 400 years while the people keep shouting and screaming war is coming, war is coming.

“Which war will not come while a few from all corners and divers interests are feeding voraciously from the resources of this great country,” he said.

He, also, said the current system “is not sustainable and the only remedy is immediate change by way of restructuring of our attitude and governmental structure so that the system can guarantee unity, Peace and progress.

“The area we need change is in our attitude to national development and all things Nigerian. We, as a people, lack a sense of unity, purpose and togetherness, without which we cannot attain the greatness reserved for cohesive nations.”

“Where it required as a recipe for success for a nation to present a united front, you will find Nigerians thinking individually or in a manner at cross-purpose with the objective. This lack of national identity promotes, failure, disunity, corruption and other consequences of divisiveness.

“The antidote for this deleterious situation is for us Nigerians to engage in a conscious change of our current national psyche to a condition of thinking Nigerian and not thinking ethnically or along religious and other divisive lines.”

Daudu, however, disagreed with some publicists, who argued that Nigeria could end up the way Afghanistan ended with the takeover by Taliban, pointing out how quest for proceeds of illegality often united the cabal.

NBA’s former president explained: “Nigeria will not easily go the Afghanistan way. We saw it coming there. The Afghans are not cowards but they will not fight against their brothers who want to take over in the name of religion.

“That is why this cannot happen in Nigeria because the fastest way to start a real war in Nigeria is to announce that one religion had taken arms up against the other.

“You can get away with blue murder if you want to sow confusion with political seeds such as kidnapping, banditry, cattle rustling or marginalisation.”

He noted that nobody would team up any person or group “to start such a war because there is democratic representation among the Political and criminal class.

“Don’t be surprised to see on the sharing table of the kidnapping cartel all major stakeholders from different tribes, professions and faith. They will not fight themselves and they are smart enough not to use religion to scatter their programmed chopping and sharing.

“Like it is said in the big brother house, shine your eyes. Our solution is different. Our hands off tactics and this I don’t care attitude of our youth will not help matters.”