Enemies Of The Judiciary By Okey Ikechukwu 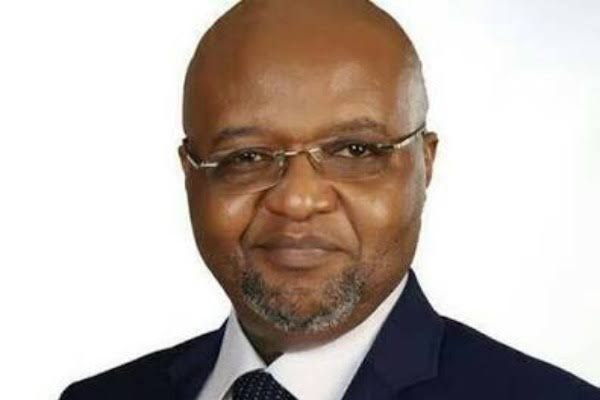 Some ill winds are hovering over the reputation and public perception of the judicial arm of government. These evil winds need to be dispelled, because of their negative impact on the image of the judiciary; and also because of their national security implications. In doing that, we must first make a distinction between the questionable, even possibly mischievous and reprehensible, conduct of some erring judicial officers and the profile of the judiciary as a responsible Institution of State. A judge who acts arbitrarily in a matter before him is not necessarily the judiciary on display. There are many possible reasons why such a thing might happen. But none of those reasons will include the judge having been guided unto such behaviour by the laws guiding responsible judicial processes. The action of some individuals should therefore not be presented in the public domain as institutional endorsement of judicial misconduct.

These observations are important, because an arm of government that is seen as the last hope of the average citizen should not be brought into disrepute by the conduct, body language and actions of a few of its members. The call here is for the gatekeepers and corrective mechanisms within that system to rise and be seen to be up and about in the discharge of their duties. Whereas it is a matter of record that only a negligible number of judges have travelled so far on the wrong road as to bring opprobrium upon themselves, it is a fact of our common experience that there is now a growing perception of the judiciary as a largely compromised institution of state. This is an unfair stigmatisation of the thousands of responsible and hardworking judicial officers all over the nation for the deeds of a few of their colleagues. That a particular judicial officer has brought himself into disrepute is one thing. That the misconduct of these few judicial officers should also bring undeserved opprobrium on their untainted colleagues, as well as the institution of the judiciary, is quite another.

It is not right that what should ordinarily be seen as an act of misconduct by an individual gets presented and advertised in the public domain as the brand stigma, and profile, of an institution. It is also not right that, notwithstanding the very few legal practitioners involved in sometimes reprehensible judicial pronouncements, the smear of impropriety is inflicted on thousands of responsible lawyers and judges, as well as the judiciary itself. While it is true that public perception is hardly ever in congruence with reality, it is often always true that public perception, flawed or not, is the guiding beacon and marker for informed and uninformed public thinking. The point to note here is this: It is not always the conduct of the majority of members of an Institution of State, a community, or even a family, that determines its image in the public domain.

The tentative good news in this matter is that the leadership of the judiciary is being progressively seen to be both concerned and proactive in dealing with the growing “odour of unsanctity” around some judicial officers. This is good, probably long overdue and likely to ring the bell for the gathering of wits once again. It is absolutely incomprehensible, for instance, that the spate of clearly irrational judicial interventions trailing the recent party primaries in Anambra State should be inflicted on us all. The judges knew what they were doing. Whether they, or some other colleagues of questionable credentials in propriety, had been at it in the past, the game is now up for the rented judicial pronouncements industry.

That is why the Chief Justice of the Federation must be commended for quickly rallying his colleagues, and the judiciary’s mechanisms for self-correction, to reign in some erring judges. The other point, of course, is that, beyond being stopped in their tracks for aggravated judicial misconduct, the judicial officers concerned should be seen by the public to have been duly sanctioned as well.

But the matter of concern here goes far beyond the question of what led to the curious judgments from certain judges. It also goes beyond the now-much-talked-about abuse of the system. The issue here is that we now have repeated reports of an emerging conspiracy to comprehensively undermine the impartiality of the judiciary in its handling of specific cases. There is now also the sneaking impression that court verdicts concerning cases with national security implications may end up looking as if they are determined along ethnically-driven lines. Questions have since been raised, for instance, regarding the judgement given in the Sunday Ighoho case by a court in the South West; with many people suggesting that the development is not unconnected with the part of the country Igboho hails from and where the judgment was given. Such speculation should not be allowed to grow, or fester. But it is growing and festering with embarrassing luxuriance.

The recent allegations of a grand plan to undermine and also intimidate members of the judiciary in the developing story around the trial of Nnamdi Kanu, the Leader of the Indigenous People of Biafra (IPOB) is another cesspool with a stench of its own. The thing to really worry about here is that serious minded, law abiding judicial officers may now face more unsavoury pressures at both the personal and professional levels. Threats to their lives and loved ones may come into play. Nigerians witnessed the untrammelled burning of offices of the Independent National Electoral Commission (INEC). The perpetrators were officially described as Unknown Gunmen. These Unknown Gunmen targeted and brought down known INEC offices. They are presumed to still be at large. What should we expect if these allegedly Unknown Gunmen also decide to direct their attention to “known” courts of law? Are the courts sufficiently protected? Are our long suffering judicial officers sufficiently insulated for targeted, and even opportunistic hostility?

The frightening national security implications of the forgoing are difficult to ignore. That is why the leadership of the judiciary and the national security apparatus should spare no efforts in addressing what could bring the roof down on us all, if handled with kid gloves. The real enemies of the judiciary are not only those who are doing the wrong things as officers of the law. The other looming, but ignored, danger is that some groups may feel urged to adopt intimidation and violence in their desire for preferred judicial outcomes.