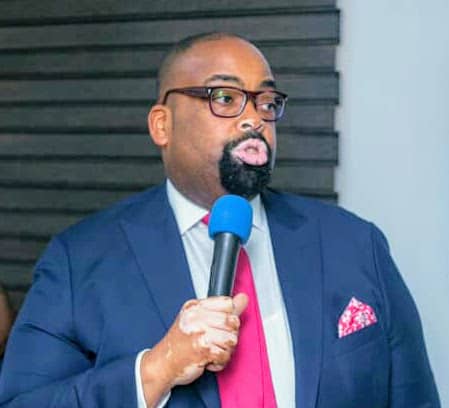 The Nigerian Bar Association (NBA) has expressed regrets that the nation has not learnt its lessons from last year’s #EndSARS protest, condemning the crackdown on peaceful demonstrators commemorating the first year anniversary of the historic events on Wednesday.

Olumide Akpata, the association’s president, said this in a commemorative statement, describing the protest as “an epochal moment in the relations between the Nigerian state and her citizens.”

He said the crackdown on peaceful protesters and journalists covering the memorial protests on Wednesday at Lekki Tollgate in Lagos, where soldiers had opened fire on peaceful demonstrators exactly one year ago, showed Nigeria had yet to learn any lesson.

“It is regrettable that on the occasion of the anniversary of such a symbolic moment in our nation’s history, we do not appear to have learnt our lessons as symbolised by the arrest and detention of peaceful protesters exercising their fundamental human rights, and journalists going about their lawful duties at the Lekki Toll Plaza this morning,” he said in the statement.

In a separate statement, an activist, Joe Okei-Odumakin, remembered “all the young Nigerians killed or maimed during the #ENDSARS protests one year ago, in bizarre circumstances.”

“We remember them because, one year after, we have not moved an inch from a spot. The grievances which led to the protests and eventual killings remain fresh and unaddressed,” she said.

The youth-driven #EndSARS protest erupted in different parts of the country in October last year in a nationwide agitation against the nefarious activities of the now-disbanded Special Anti-Robbery Squad (SARS) and the police force in general.

The demonstration, which started peacefully, turned violent after the second week with hoodlums who hijacked the protest hiding under its cover to loot, kill police officers, and torch public properties including police stations.

At the peak of the protests, soldiers invaded the protest ground at Lekki Tollgate in Lagos on October 20, 2020, and opened fire on peaceful protesters.

The Nigerian Army denied its men killed protesters, saying they only fired blank bullets to disperse them. But Amnesty International, in a statement commemorating the protest and the shooting, on Wednesday, insisted that 12 persons were killed by the soldiers.

A striking gain of the protests was the proscription of SARS by the federal government.

Judicial panels of enquiry were also set up in 28 states and Abuja to investigate cases of police brutality, recommend compensations for victims and prosecution of erring police officers.

But apart from Lagos State, other states have yet to pay compensations recommended for victims by the various panels, popularly referred to as #EndSARS panels.

With the Lekki Tollgate shooting clocking one year on Wednesday, many Nigerians trooped to the streets in different parts of the country, including Lagos and Abuja, to hold memorial protest in defiance to police threat.

NBA president, Mr Akpata, called for the unconditional release of those arrested on Wednesday.

“The NBA unequivocally calls for unconditional release of all peaceful protesters and journalists arrested today and hereby mandates the NBA Human Rights Committee to immediately spring into action to ensure the protection of their rights.

“I want to conclude by honouring the memories of all those who have died due to police/SARS related brutality.”

Both the NBA and Mrs Joe-Odumakin also expressed regrets over the failure of the government to address the grievances that triggered the protest last year and implement the reports of the various #EndSARS panels awarding compensations for victims.

Paying tributes to those “killed or maimed” during the protest last year, Mrs Odumakin, who is the president, Centre for Chang said: “We remember them because we have neither addressed the grievances that led to the protests nor extricated ourselves from the miry clay of insensitivity and cluelessness that our youths stood up against.”

She added: “We remember them because the panels of enquiry empanelled by government turned out to be dousers of agitation and silencers of the oppressed.

“But the collective voice of Nigerian youths rise today beyond the intentions of their killers.”

The NBA noted that while most of the #EndSARS panels had concluded their assignment in states such as Rivers, Enugu, Edo, Nasarawa, Plateau amongst others, “it is depressing to note that, in most of these states, the payment of compensation to victims whose petitions were established, has simply not happened.”

He noted that apart from Lagos State “where the panel has been most successful, in terms of the number of petitions treated, and the compensations doled out, the situation in other states has been anything but encouraging.”

This, he noted, was an indication of “the government’s less than noble attitude to the plight of citizens; part of which it may be recalled, exacerbated the protests last year.”

He urged the federal and state governments “to deploy this rare opportunity to address all pending compensations arising from the determination of the panels of inquiry and to immediately commence the process of implementation of the recommendations of the panels in their respective reports.”

Despite the unmet dreams of the protesters, Mr Akpata said those killed at the Lekki Tollgate did not die in vain.

“We are consoled by the fact that their ultimate sacrifice was not in vain. If anything, it has elicited a new national consciousness amongst the youths of Nigeria; one that would continue to be consolidated in the struggle for justice, equity, and fairness. They are the heroes of this hour. May their soul continue to rest in peace, and may their memory be a blessing to us,” he said.