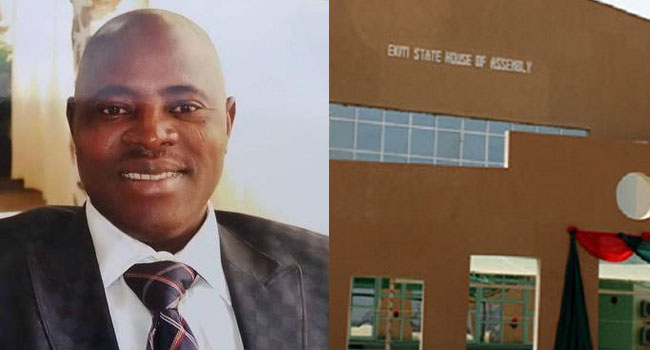 Ekiti State Assembly Speaker, Gboyega Aribisogan, has been impeached and suspended indefinitely by members of the Assembly.

Recall that the Assembly Complex had been sealed as members were embroiled in a controversy following the death of the former speaker, Funminiyi Afuye.

Aribisogan, who is the representative of Ikole 1 Constituency in the Assembly and a two-term lawmaker was elected speaker a month after Afuye’s death.

However on Monday, November 21, 17 out of the 25 members impeached him and elected Olubunmi Adelugba as the assembly’s new speaker.