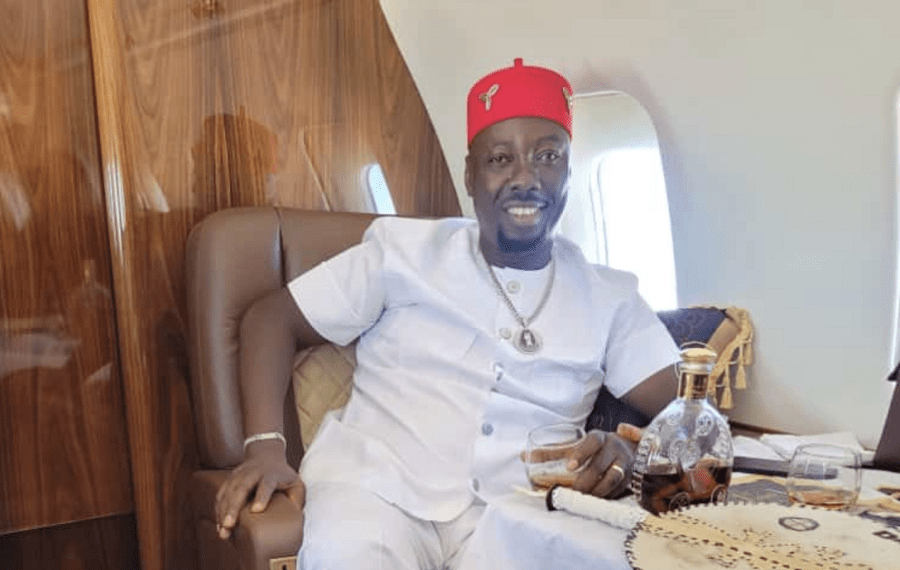 Popular socialite and businessman, Obinna Iyiegbu, aka Obi Cubana, was interrogated by officials of the Economic and Financial Crimes Commission over alleged money laundering on Monday.

The Anambra-born club owner, who arrived at the headquarters of the EFCC at Jabi, Abuja, at about noon on Monday, was undergoing interrogation by the operatives of the commission as of the time of filing this report.

Though allegations against the socialite were sketchy as of press time, a source disclosed that his case bordered on alleged money laundering and tax fraud.

The source said, “Obi Cubana was arrested and brought to the EFCC headquarters on Monday afternoon over allegations of money laundering and tax fraud. He is being grilled by detectives as we speak.”

Obi Cubana made headlines in July when he hosted an ostentatious burial for his late mother in Oba, Anambra State, in which over 200 cows were reportedly killed.

The lavish display of wealth set tongues wagging with many Nigerians wondering about his source of wealth.

Several celebrities, businesspeople and politicians turned out in large numbers for the funeral.