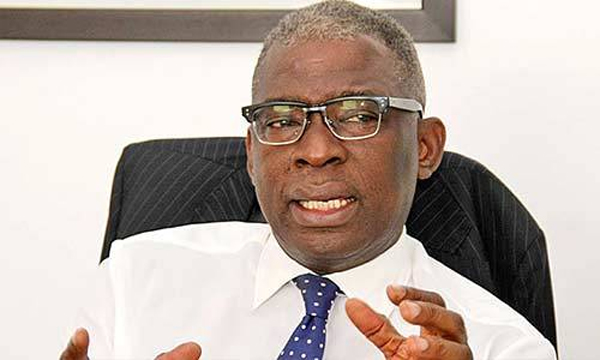 The Economic and Financial Crimes Commission, EFCC, has filed a four-count money laundering charge against a former Lagos State Attorney General and Commissioner for Justice, Mr Olasupo Shasore, SAN, accusing him of inducing one Olufolakemi Adetore to accept cash payment without going through a financial institution.

Shasore was the Lagos State Attorney-General and Commissioner for Justice during the Mr Babatunde Fashola-led government.

Gistmaina reports that according to the charge sheet filed by the EFCC at the Federal High Court in Lagos on August 12, 2022, the former attorney-general was alleged to have made a cash payment of €103350.20 to Olufolakemi Adelore through Auwalu Habu and Wole Aboderin. He was alleged to have committed the offences on or about November 18, 2014.

The charge also added that the former Lagos State’s Attorney-General made a cash payment of €103350.20 to one Ikechukwu Oguine without going through a financial institution.

The arraignment of Shasore has been fixed for October 20.