E-Transmission Of Election Results: CSOs, Lawyers Chide NASS For Neglecting Will Of Nigerians 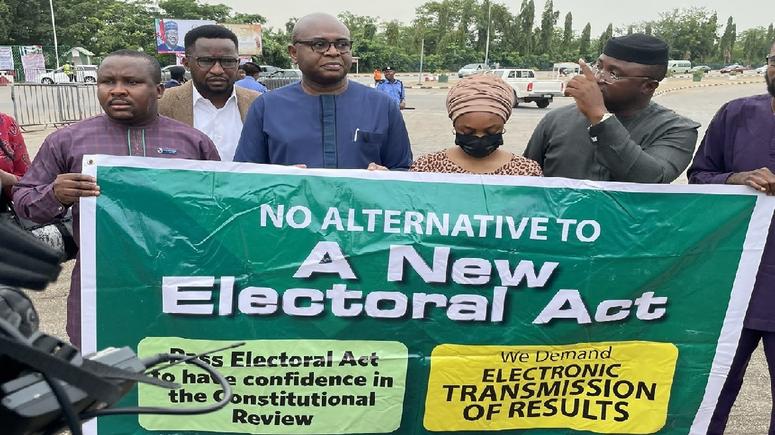 Following the passage of the Electoral Act Amendment Bill 2021 that makes the electronic transmission of results conditional, Civil Society Organisations (CSOs) and senior lawyers have berated the National Assembly for going against the popular will of their constituents in their decision making.

They said the lawmakers were taking Nigeria backwards and called on President Muhammadu Buhari to decline assent to the bill in its current state.

However, Senate President Ahmad Lawan has stoutly defended the action of the federal lawmakers, saying they wanted to avoid the disenfranchisement of 50 percent of the electorate.

CSOs, political parties and other Nigerians had variously expressed their misgivings and reservations with the action of the members of the National Assembly concerning the electoral bill.

Many Nigerians had earlier called for electronic voting and electronic transmission of results in order to curb electoral malpractices, especially after the election management body, Independent National Electoral Commission (INEC), said it had the capacity for electronic transmission of election results across the country, having tested the technology on few elections, including the governorship polls in Ondo and Edo states, as well as in some legislative elections, with successful outcomes.

The inclusion of that conditionality in the contentious clause 52 has set many Nigerians on edge, with many now calling on President Muhammadu Buhari not to sign the bill.