Don’t Expect a Perfect Constitution from Us, Gbajabiamila Tells Nigerians 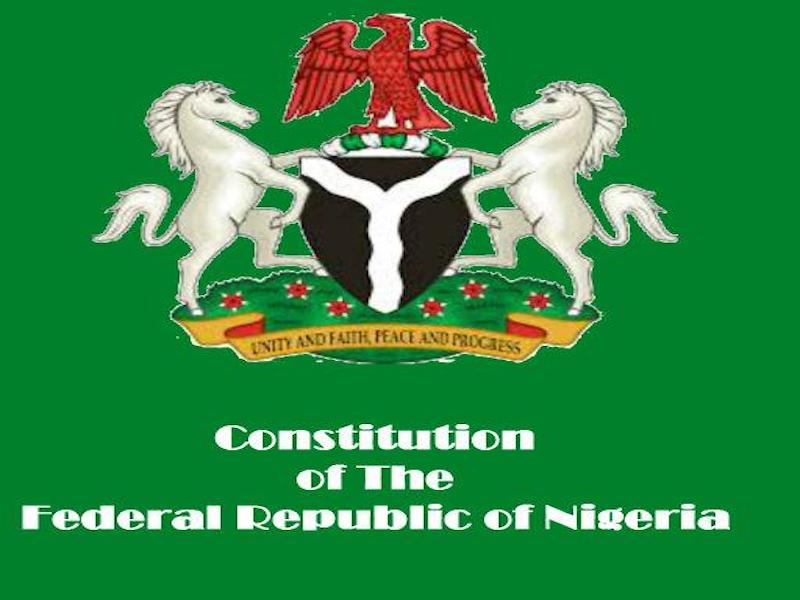 The Speaker of the House of the Representatives, Honourable Femi Gbajabiamila, has declared that the current review of the 1999 constitution by the National Assembly would not produce a perfect constitution, stressing that ‘there is no such thing anywhere in the world’.

Delivering a keynote address at the 112th Founders Lecture of the King’s College Old Boys Association (KCOBA) on Saturday, with the theme “Unity in Diversity… Stronger Together,” the speaker stated that the National Assembly would deliver a constitution that would hold institutions of state to account and put an end to the debilitating conflicts that continue to tear the nation apart.

He said: “In the House of Representatives, we are currently in the process of a substantive review of our nation’s constitution. Our objective is to deliver a constitution that more effectively organises our politics to make it more inclusive, enshrine efficient mechanisms for holding the institutions of state to account and put an end to the debilitating conflicts that continue to tear our nation apart.

“We would not produce a perfect constitution; no such thing has ever existed anywhere in the world. Indeed some parts of the world have unwritten constitutions. However, together we can by the choices we make and our actions use our constitution as a foundation document to give life to the people of Nigeria.”

According to the Gbajabiamila, Nigeria was created from the forced union of tribes and peoples without consideration for the complex cultures and histories of the communities and kingdoms that made up the union.
He, however, said that Nigerians have the power to write a new chapter of peace and prosperity, justice and equity for the country that would give every Nigerian a sense of belonging.

He said: “Until it is clear to all that the continued existence of Nigeria guarantees them certain inalienable rights, there would not be an unreserved commitment to the Nigeria project.

“We are united in our nationhood by the promise that in this union, we will have a government that protects us from harm and is concerned primarily above all else by considerations of our collective welfare.”
“The combined obligation of government to secure the citizenry and ensure their welfare is the central covenant of our nationhood.

“Unfortunately, as we all know, the Nigerian state has often failed to live up to its covenant obligations. As the social compact of our nationhood has shrunk, the bonds of our brotherhood have frayed alongside. And citizens have been left to perform the functions of the state for themselves and their families. When your security and welfare are your business and yours alone, it is tough to exist in brotherhood with the persons against whom you are competing for survival.”
The speaker who attributed the problem facing Nigeria to prolonged military rule added that Nigeria is yet to recover from the overarching legacy of the military.

“The government has operated in opposition to the people for much of our history. Interactions between government and the citizenry frequently harm the citizens, causing further loss of faith in the ability of the Nigerian state to protect its own. This is the overarching legacy of military rule in Nigeria. We have not recovered from it. Over the last twenty years of democratic governance, we have made tremendous progress. However, many government institutions, notably law enforcement, retain the character of our militaristic past, and their actions often fall short of the legitimate expectations of the Nigerian people.

“For understandable reasons, many of our citizens have come to expect too little of our politics and government. We collectively suffer from the tyranny of low expectations and the cynicism that causes us to believe that the political process cannot produce anything worthy or worthwhile. But, this political process, flawed and broken as it is, is all we have. So, even as we work to reform it, we must also sustain it and use it to build the country we desire and deserve.”
Gbajabiamila said that while citizens of other countries were willing to die for their countries, Nigerians have changed the phrase ‘I am willing to die for my country to I cannot die for my country.’”
In his remark, former Governor of Anambra State, Mr. Peter Obi, said that the country could not stay united unless there is equity and justice.

Obi stated that Nigeria has about 250 ethnic groups, which is far below that of India with over 2000 ethnic groups and Indonesia with 1300 ethnic groups, adding that both countries are doing far better than Nigeria’
He said: “You cannot stay united when there is injustice; we cannot stay united if you don’t allow people to operate on a level playing ground. If Nigeria is a productive country, our diversity could have been a source of strength but we are a sharing country.

“Our country is not a productive country but a country of consumption and sharing. Once it is sharing economy, it becomes difficult to be united because everybody wants to be part of the sharing,’’
In his contribution, former Chairman of the Economic and Financial Crime Commission (EFCC), Mr. Nuhu Ribadu, said that Nigeria is a work in progress, stressing that everybody needs to do their best to keep the country united.
He warned Nigerians to avoid what happened in Rwanda and Somalia but rather emulate Tanzania, which he said is one of the most peaceful countries in Africa.

He urged Nigerians to participate in politics saying ‘many Nigerians believe that politics is too dirty but there is no alternative, people should participating in politics in order to make necessary changes.’’
In his address, KCOBA President, Mr. Kashim Ibrahim-Imam, observed that Nigeria is experiencing the worst turbulence in history and stressed the need for Nigerians to come together and find solutions to the problems confronting the country.

He also pleaded with the speaker to sponsor a bill that would transfer the management of King’s College to the Board of Trustees of the school, adding that government has no business is managing secondary schools.

NEWER POSTAkeredolu: Plan to Amend Constitution over VAT Will Be Dead on Arrival
OLDER POSTFemi Fani-Kayode And Eneke The Bird By Achike Chude – BY ACHIKE CHUDE